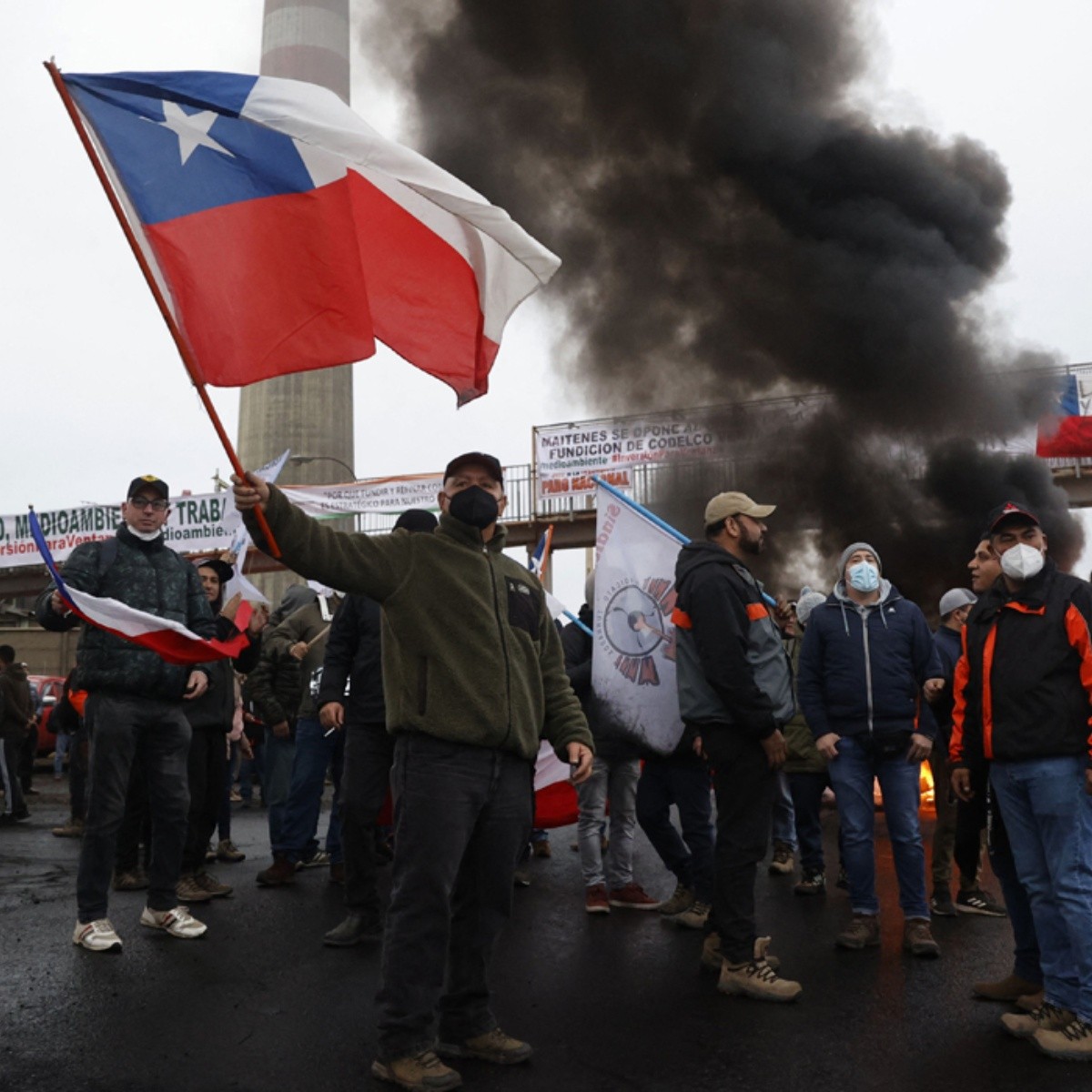 A strike that began this Wednesday in all the operations of the Chilean state-owned Codelcothe world’s largest copper producer, caused a “disruption” but did not stop the company from operating, Finance Minister Mario Marcel said.

“There is no stoppage of work. There is alteration in the access of groups of workers from the mobilization of the leaders,” said the head of the portfolio.

Marcel spoke at a public event in which the reinvestment of 30% of the company’s annual profits was announced – which by law must deliver all its profits to the State – until 2024.

Called by the Federation of Copper Workers (FTC), which brings together the unions of the state company, the strike, which is for an indefinite period of time, was decided after Codelco announced on Friday the closure of the Ventanas smelter, located in the bay of Quintero and Puchuncaví, about 140 km west of Santiago, an area known as the “Chilean Chernobyl” for being one of the most contaminated areas in the country.

Amador Pantoja, president of the FTC, indicated that the strike could cause a loss of 20 million dollars per day for the Chilean statewhich produces about 8% of the copper in the world and is responsible for between 10 and 15% of Chilean GDP.

But Minister Marcel affirmed that “for these figures to be correct, he would have to abruptly paralyze all of Codelco’s operations and not recover that lost production in the future and none of those things are happening today,” although he did not estimate the economic damage that generates the mobilization to the coffers of the company.

Unemployment across the country

“At this time, we have reports from the other Codelco divisions such as Chuquicamata (north), Gabriela Mistral (north), Radomiro Tomic (north), Salvador (north), Andina (center) and El Teniente (center) indicating that there is full I support this work stoppage and in solidarity with the workers of the Ventanas Division,” the FTC reported in a statement early this morning.

The FTC brings together some 14,000 Codelco workers and the call also summons external contractors, exceeding 40,000 workers, according to Pantoja.

The unions consider “arbitrary” the decision to close the Ventanas smelter, announced after several episodes of contamination in that area, where an environmental pole was created for more than 50 years. They also demand that the government of the leftist Gabriel Boric invest 54 million dollars through Codelco so that the plant meets higher environmental standards.

In front of barricades set on fire and with Chilean flags, dozens of workers demonstrated, blocking access to the Ventanas smelter. “No to the closure, yes to the investment”, indicated one of the banners of the demonstrators.

Dialogue with the government

Despite the mobilization, the government spokeswoman, Camila Vallejo, reiterated in a press conference that they are open to dialogue with the FTC.

“We are going to continue with open doors for dialogue,” said Vallejo, who also closed “all possibilities of privatization” of Codelco, completely nationalized during the government of socialist Salvador Allende (1970-1973).

Despite the workers’ requests to revoke the measure in Ventanas, Vallejo said that the government is fulfilling its program to “end the sacrifice zones, move towards an ecological government, with an increasingly sustainable development model.”

“We have very low standards and if we really want to meet our commitments to protect the environment we have to be guided by the standards” of the World Health Organization, the spokeswoman said.

“If we are guided by the WHO standards, the standards that are proposed are neither sufficient nor sufficient to meet those commitments.”

The closure of the Ventanas smelter was taken after a new episode of air pollution on June 9 that affected 115 people, most of them schoolchildren, and forced the closure of schools in the area, as has been repeated for decades. due to the pollution in the area.

This industry smelts copper concentrate, a powder with 30% copper that must be smelted to obtain high-purity copper cathodes (ingots).

“We don’t want more environmental sacrifice zones,” leftist President Gabriel Boric said last Friday. “As a Chilean, I am ashamed,” the president added, announcing the progressive closure of the plant.

The environmental organization Greenpeace described this area as the “Chilean Chernobyl” after in 2018, due to a serious contamination episode, some 600 people from Quintero and Puchuncaví went to medical centers with atypical clinical symptoms, such as vomiting blood, pain headaches, dizziness, paralysis of the limbs, as well as strange welts on the skin of children.