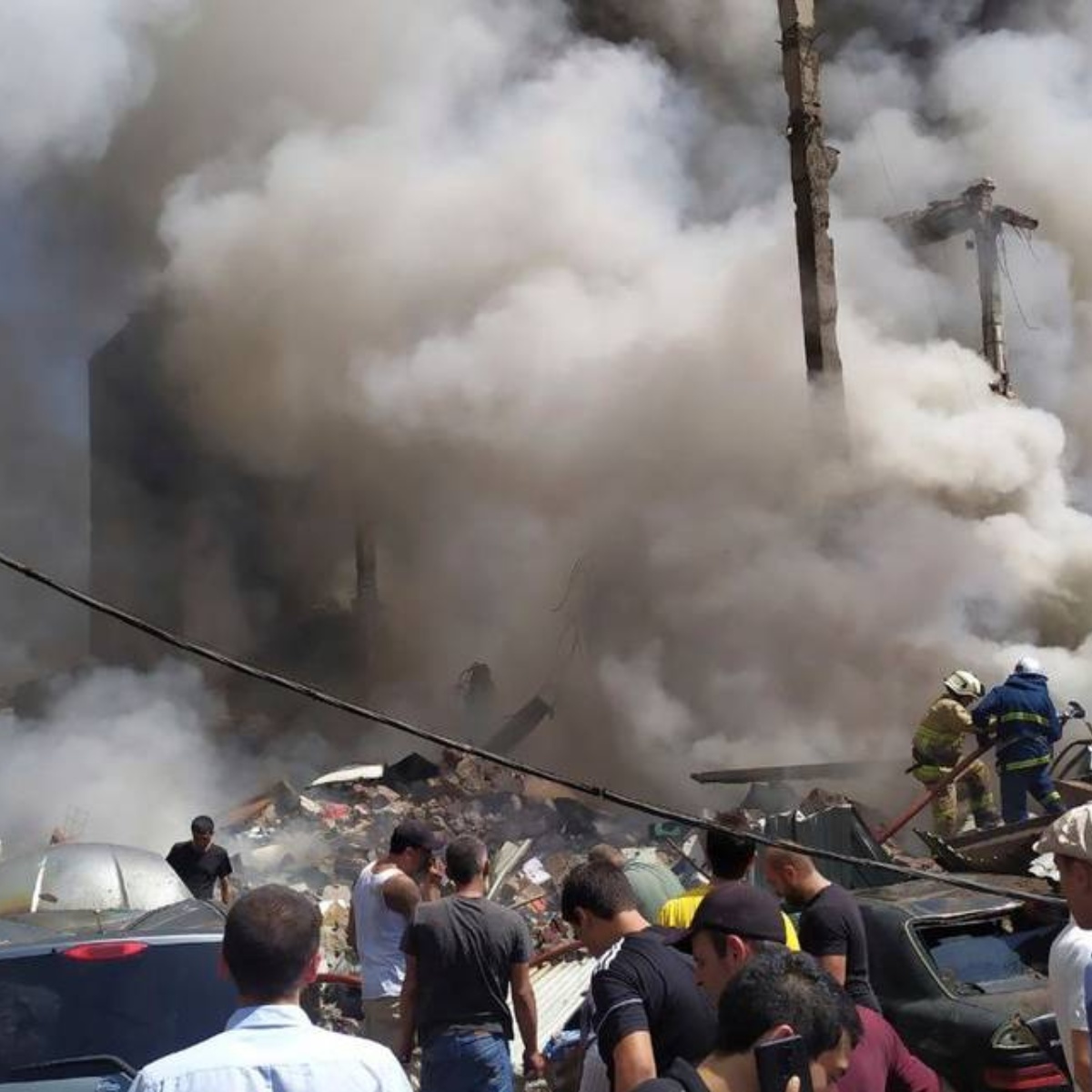 The explosions ransacked a fireworks warehouse in Yerevan, the capital of Armenia, killing at least five people and injuring dozens more.

On Sunday, video footage from the Surmalu market showed gray smoke billowing over a building and people running away from the area. Rescuers sifted through twisted metal and debris for survivors as clouds of dust and smoke hung in the air as bystanders helped victims to safety.

The Emergency Situations Ministry said in a statement that preliminary information indicated that two large explosions had brought down part of the building, housing fireworks, causing a fire. However, it was not said what set off the fireworks.

At least five people were killed, and some 40 were hospitalized, it added, where Emergency Situations Minister Armen Pambukhchyan, quoted by the Sputnik Armenia news agency, said the fire had been extinguished, but strong winds still represented a threat.

According to the latest data, the number of missing citizens due to the intense explosion in the “Surmalu” shopping center is 17. One is a Russian citizen, the other is an Iranian citizen. On August 15, MES spokesman Hayk Kostanyan said this in a journalist conversation.

They mentioned that rescue teams would continue searching for survivors through the night. The Yerevan mayor’s office said it was unclear how many people were trapped under the rubble.

The market, located 2 kilometers south of the city center, is famous for its low prices and variety of products. There was no immediate word on what caused the fireworks to go off.