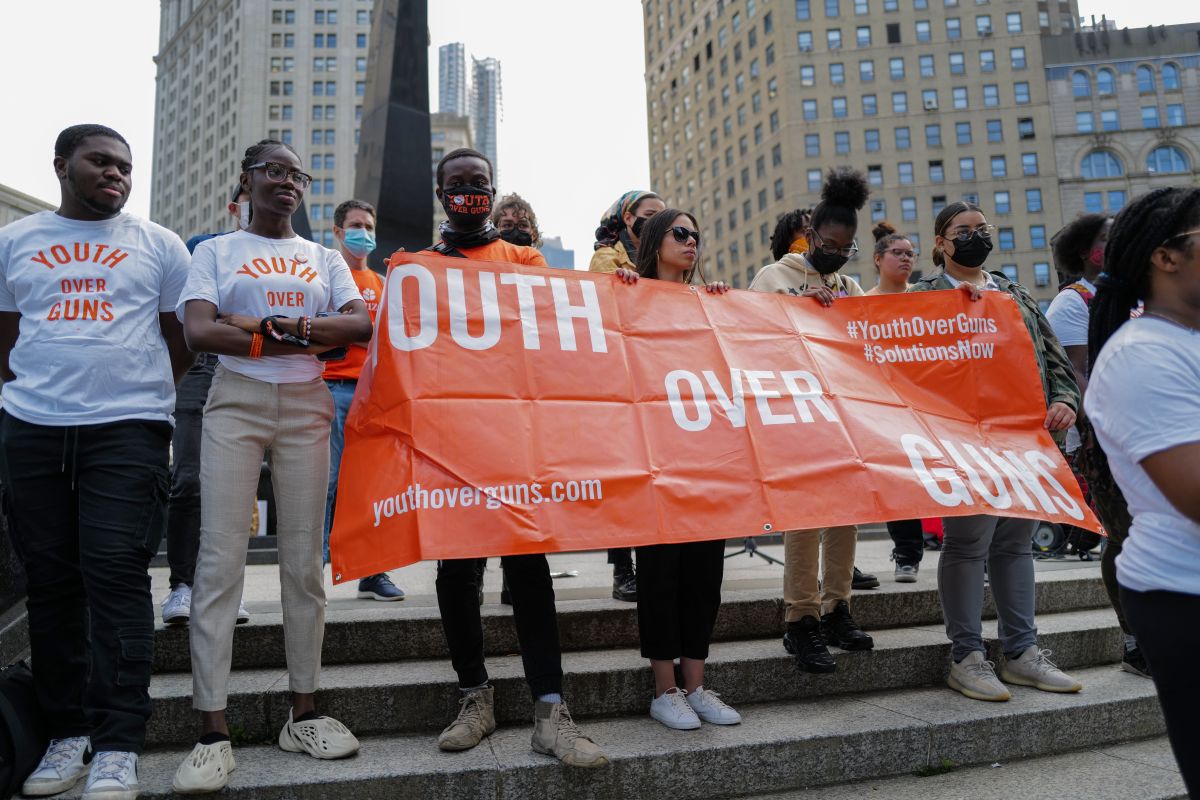 Students at several US schools have staged walkouts to protest gun violence, following a mass shooting that left 19 students and two teachers dead.which happened on Tuesday.

In Michigan, students at Oxford High School, where there was a school shooting in November that killed four students, staged a protest at 12 noon on Thursday.

While in California, Students at Saugus High School in Santa Clarita walked out of class in support of the national movement for gun safety. The educational center was the place where a shooting took place in November 2019, which left two students dead.

For her part, Emma Janoff, a Schreiber eleventh-grader and member of Students Demand Action, a national anti-gun violence organization, says she was involved in gun control politics and school safety after the school shooting. Parkland High School in 2018.

“You see news every day about kids getting shot and people your age dying and it’s incredibly sad and unbelievable, especially seeing younger kids and kids my age,” Janoff told ABC News. “I can’t imagine it being me, but it’s imaginable because it happens so often.”

The 17-year-old says her school administration backed the protest and hopes the more than 200 walkouts across the United States will send a clear message that students are a “united front.”

A demonstration won’t necessarily change a law, she said, but the actions show that “students are still in this together.”

Furthermore, he said that although most students are not old enough to vote, they still want to see change and are willing to take action to make their voices heard in politics.

“Students don’t have to keep quiet about it just because they’re kids,” Janoff said.