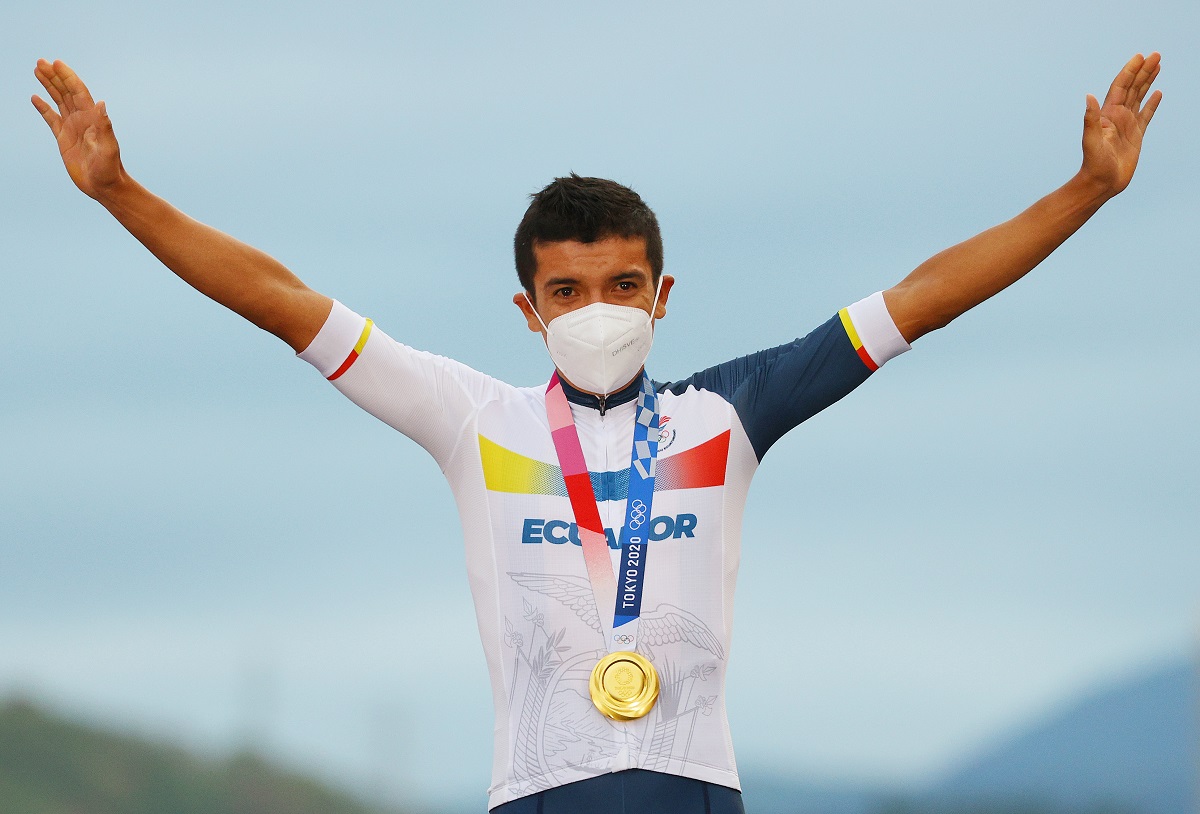 Ecuadorian sport made the country vibrate in 2021 with the medals of Neisi Dajomes, Tamara Salazar and Richard Carapaz at the Tokyo 2020 Olympic Games.

The participation of local athletes in the Tokyo Olympics became the most important event for Ecuador in 2021, due to the outstanding participation of their delegation with historic medals.

For the first time in an Olympics, an Ecuadorian woman bathed in gold with Neisi Dajomes in weightlifting, and in the same sport she won the silver medal with Tamara Salazar.

To close the most outstanding participation of Ecuadorians in the Olympics, road cyclist Richard Carapaz was the first to fill his compatriots with joy by winning the long-awaited gold medal.

This year he also left the central defender of La Tri Piero Hincapié as the figure with the greatest projection of the Ecuadorian sport.

Hincapié has been key in the performance of the team that is in the qualifying zone (third place) for the 2022 World Cup in Qatar in the absence of four dates to conclude the South American tie.

The player had a fleeting step with Independiente del Valle, the youth teams and played the 2019 World Cup in Brazil Under’17, in August 2020 he played with the Argentine Talleres and was shown as one of their figures.

In August 2021 he went to Bayer 04 Leverkusen in Germany where he is consolidating in the starting team, while with the senior team he made his debut in June this year and has become a key player with only 19 years.

2021 also left the departure of sprinter Alex Quiñónez, who was shot dead in October in one of the populated neighborhoods of the port city of Guayaquil, a fact that shook Ecuadorians for his treachery.

The 32-year-old athlete debuted at the 2012 London Olympics where he was the seventh fastest in the world, which earned him being considered a talent for Ecuadorian sport, and for Tokyo 2020 he became the first athlete to achieve his classification.

At the time of his death, Quiñónez was serving a suspension imposed by the International Olympic Committee, prior to Tokyo, for not attending and being unaccounted for during three doping controls.

The foregoing, according to his family members, affected him emotionally, because he was also left without the financial support of the High Performance Plan of the Ecuadorian Olympic Committee (COE).

Read also:
– A special podium: Richard Carapaz set a new cycling record by winning at Tokyo 2020
– Ecuador partying: Richard Carapaz became the first Ecuadorian cyclist to get on the podium of the Tour de France