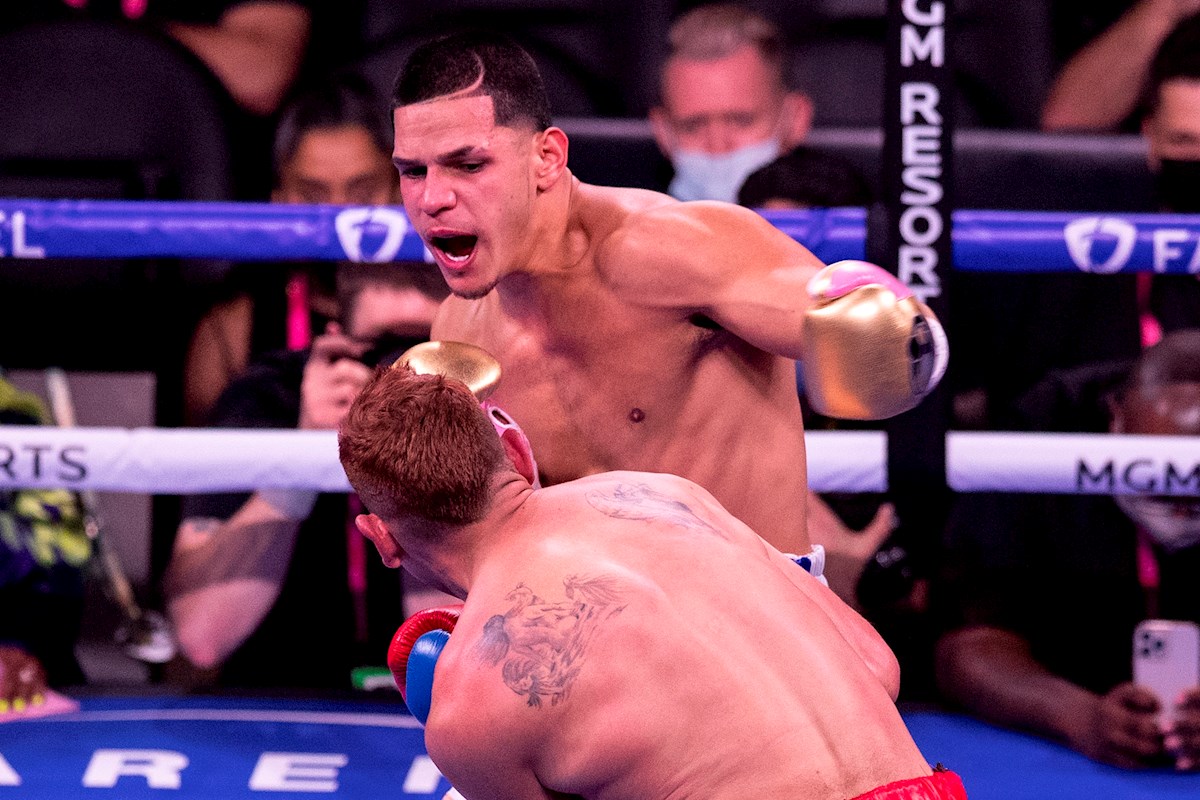 The race of Edgar berlanga in boxing he continues to rise after beating the Argentine by unanimous decision Marcelo coceres and claim the vacant NABO super middleweight title, this Saturday at T-Mobile in Las Vegas, Nevada.

It was a tough show for the Brooklyn native of Puerto Rican parents, because the Argentine squeezed and took him to the canvas in the ninth round, of the 10 that were stipulated on the card. The South American was worth knocking him out because on the scorecards he was below.

Finally Berlanga endured the final stretch and the judges gave him a clear victory by unanimous decision. All three scored 96-93 on their scorecards, so that there would be no doubts about the final result.

With this triumph, The Chosen One he left his mark at 18-0 (16 KO) and Coceres was at 30-3-1. Berlanga’s first 16 fights were by knockout, but in the last two he won by unanimous decision. His last fight had been on April 24 of this year against Demond Nicholson in Florida, that fight lasted eight rounds.

This is how Berlanga fell to the canvas during the ninth round, the first time in his career:

“I am going to dedicate this title to my people in Puerto Rico, New York and Latin America,” Berlanga had said exclusively for El Diario NY this week. He was confident of knocking out his rival thanks to his good preparation, but had to settle for a decision.

This battle was part of the previous undercard of the main event: Tyson Fury vs. Deontay Wilder III.