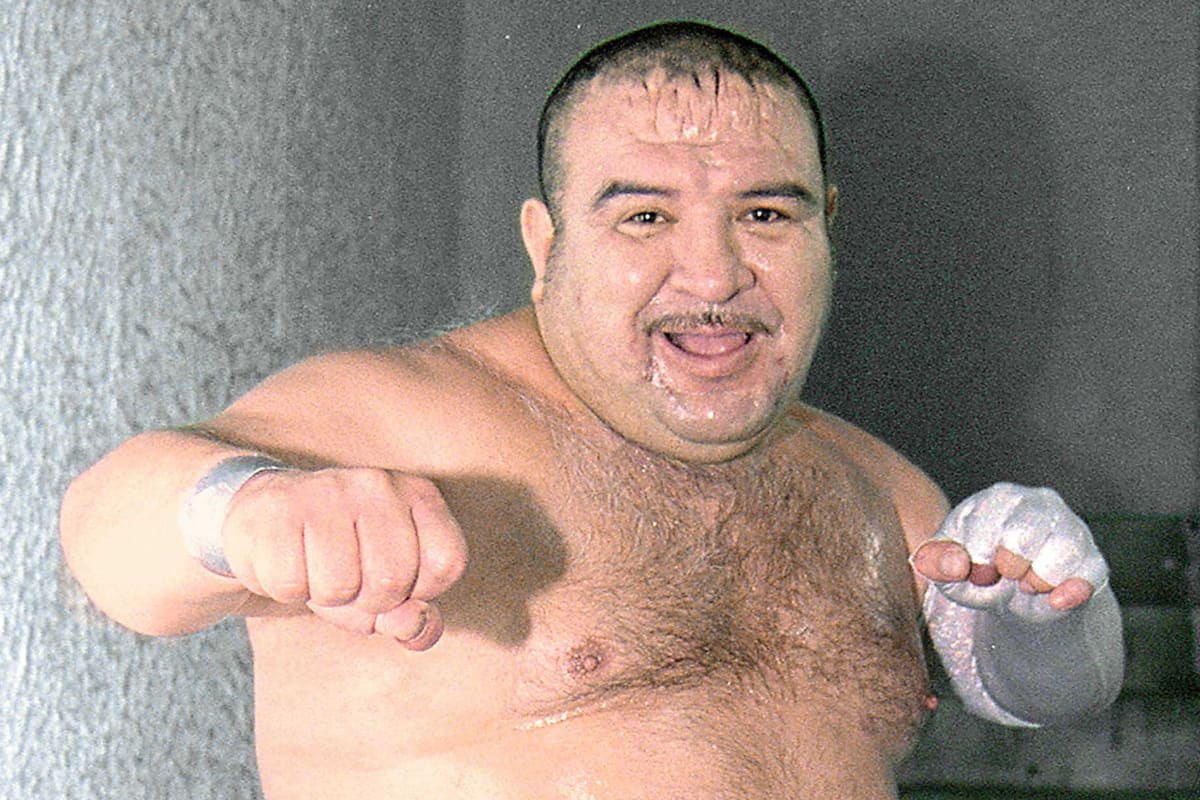 The Mexican Wrestling receives a strong blow, after it was confirmed that the wrestler José Luis Alvarado Nieves died, officially known in the Mexican pankration as Brazo de Plata and also called “Super Porky”, according to information published by the agency of news El Universal, Televisa News and Reforma.

The fighter was 58 years old and was undoubtedly one of the most loved fighters by the Mexican fans for his great humor and performance in the ring, despite his overweight, he became one of the darlings of children.

The last of the original Los Brazos set was known as Super Porky. Alberto El Patron and Blue Demon Jr. confirmed the death of the former fighter on social networks and the news caused great commotion among fans.

“On behalf of the Robles Patrón Promotions family, we want to extend our condolences to the Alvarado Family for the loss of one of its pillars, Mr. Super Porky. This gentleman was an inspiration for many young people who are fighters today, including his sons, ”said El Patrón.

His brothers Brazo de Oro and El Brazo passed away in 2017 and 2013, respectively. The third of wrestlers lost the masks at the Monumental Monterrey in 1988 before the Villains. Super Porky was one of those who stood out the most individually for his tonnage and grace in the ring.

Son of Shadito Cruz, Brazo de Plata worked in most companies in Mexico, but his regular home was the World Wrestling Council. José Luis Alvarado Nieves, his real name, his charisma led him to do a season for a year in WWE, in the United States, in 2005. Psycho, Máximo, Goya Kong and Muñeca de Plata are several of his children who are also wrestlers . Filed Under: Super Porky Fighter Dies

The news was announced on the CMLL’s official website: “SEE YOU ALWAYS, SUPER PORKY! The World Council of Wrestling joins the grief that the Lucha Libre family has for the sensitive death of José Luis Alvarado Nieves, better known as “Super Porky (Silver Arm)”, a gladiator who marked an era in Mexican Wrestling with his great delivery and unmatched charisma. Rest in peace”.

The Marca portal published that the fighter suffered from a disease that separated him from the ringo for 10 years and that this was due to the blows produced throughout his career, in addition to that being overweight brought him other complications, however, the causes have not yet are made known.

So much was the impact of the news that many wrestlers (Blue Demon) and commentators sent messages of remembrance, for the experiences they had with the Mexican wrestler, who was one of the great figures during the tours of wrestling companies.

In his presentations the good humor and performance were noticeable, he used to make jokes in which some fighters participated and even the referees, which made the stay of the public and especially the children more fun.

On the official website of the CMLL, people did not stop commenting on the terrible news: “I will miss him, he was a good fighter and very funny. Rest in peace Super Porky. I am glad that I could see him in person “,” May a great idol rest in peace and in and out of the ring, a hug and prompt resignation for the family. “

Other people commented: “We are leaving a great, without a doubt in every way, prompt resignation for his family. It is a great loss, long live the Super Porky Silver Arm ”,“ a great fighter, may he rest in peace, God have him in his holy glory ”.

More public regretted his departure: “God keep him in his holy glory, in his days of the devil’s musketeers, a great fighter with great charisma and he knew how to win young and old, it was a delight to see him fight, he made you smile at but not being able, rest in peace, great Super Porky ”.

Some more people commented: “Just seeing this great fighter and charismatic person excited me and made my day in that childhood that was spectacular, thanks to this beautiful sport DEP dear super Porky.”

DEATH IN THE RING

In the last two years, several Mexican fighters have died, including Silver King, whose departure shocked the world because he ceased to exist in the middle of combat, the video of it is on social networks and has impacted many people.

It was in early May 2019 that it was reported that the Mexican wrestler Silver King died in full function while facing Juventud Guerrera in a match held in the city of London, England. Filed Under: Super Porky Fighter Dies

Both gladiators were participating in the Lucha World Fest event, when César González Barrón, the real name of the fighter and who is the brother of Dr. Wagner Jr., vanished in the ring and could not recover.

The first reports indicate that he suffered a heart attack, which caused his death. The fighter originally from Torreón and belonged to Triple A and was part of the management and talent consulting team of the company. Filed Under: Super Porky Fighter Dies

The member of the Wagner Dynasty was on a tour with the Son of the Saint and other gladiators in Europe, according to the sports news portal Medio Tiempo. Silver King engaged Warrior Youth in hand-to-hand combat, when he suddenly began to collapse.

At first, neither Juventud Guerrera nor the referee had realized what was happening, even the wrestler insisted on challenging him and kept hitting him, while Silver King’s body moved due to the inertia of the moment. The referee even made the count of three, not knowing that the lagoon could no longer respond. Filed Under: Super Porky Fighter Dies

After the emergency services took the Mexican wrestler, the wrestler Sexy Star reported on her official Twitter account that she had a communication with other gladiators who were at the event and later by Laredo Kid, who is part of the Mexican entourage. in England and confirmed the death of Silver King.

A user recalled another sad episode of the Mexican wrestling: “When the Aguayo Dog died in the ring, Rey Mysterio immediately reacted and attended to his partner; here we can see how Juventud Guerrera does not realize the state in which Silver King was and continues the punishment in the string, one more idol in the heavenly ring. Filed Under: Super Porky Fighter Dies