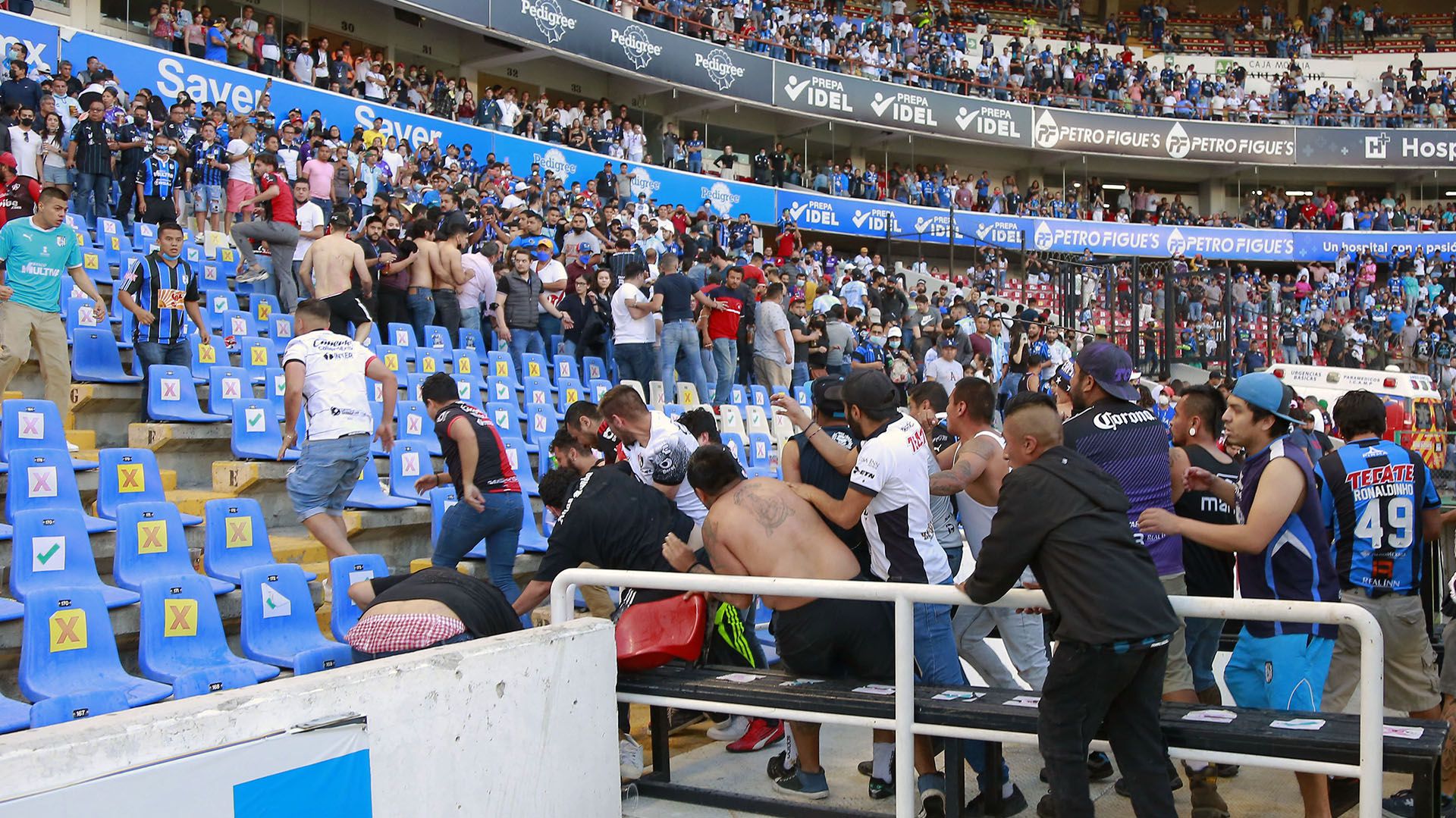 On March 5, the Corregidora stadium was an arena for a pitched battle between the bars of Querétaro and Atlas that has left at least 22 wounded, according to reports from the Government of Querétaro. However, despite the fact that social networks have been responsible for disseminating images and videos of the violent scene, some users have offered support, guidance and even their homes to relatives of the victims and for this reason they have gone viral quickly.

Although social networks under some circumstances have functioned as platforms that generate and allow bad actions to be committed, in many others they serve as a means of communication where many people offer help in unpleasant scenarios, as has already been the case for millions of people is described as the “national shame in the history of Mexican soccer.” Within groups of fans of the Atlas in Facebook help has arrived and has even become a debate about the extent to which a particular type of help should be offered.

“Hello, excellent day, if someone is outside of Querétaro and needs to know something about a family member, I will gladly support them, in the same way if there are relatives of those affected who are here (Querétaro), they have in my house a place to rest, take a bath, eat and recharge batteries. A big hug to all those affected and their families”, wrote Hayum Shamanic, a user of Facebook that has gone viral.

Despite already having endless comments where he has been shown gratitude for his words and help, he has also generated a digital debate about how risky it can be to offer asylum to a stranger under a sociocultural context such as the one that Mexico is going through in general, where women are constantly exposed to suffering some type of violence and even being victims of femicide, since the Aztec country has a high -and unfortunate- rate in that sense.

“He helps her very father, but I think that to a certain extent it is dangerous, the person with evil is never lacking”, “How sad that we cannot offer our home because something can happen to us”, “Keep in mind that you are a woman and something like this It can be a double-edged sword, take care of yourself”, “It is appreciated but you should not expose yourself to something bad when there are so many people with bad intentions outside who can take advantage of the fact that you are supporting from the heart”, “Be very careful, the pig is never lacking who tries to take advantage of something like that when you are a woman in a magical country like Mexico”, expressed users.

On other platforms with Twitter and TikTok where the most explicit photographs and videos of the situation have been published, other users have argued that if they do not find a family member or friend they can also go out to the streets to look for them since there are some cases where they are not found on the list of hospitalized people names, so it is speculated that there are still people who may not have been seriously beaten, but may have been robbed or robbed of their belongings.

“To all the people who are not in Querétaro I offer my help, I can go out to locate their relatives in some of the hospitals or if they do not know anything about them, they can send me photographs and some friends and I go out to look for them. Whatever is needed, we are close to the area,” said one user.

It was the 61st minute, while the Rayados defended the slight 0-1 advantage they had against the Gallos Blancos, fans of the latter began a verbal discussion with those of the opposing team; it is presumed that this would have been the trigger for the brawl.

“He gave me his shirt to get away with it”: an Atlas fan assured that an unknown person from Querétaro helped her and now it is viral on social networks

Paty Navidad on her singleness: “It is very important to start with self-love”

Sting makes a moving call when performing his song “Russians”: “Stop the war”