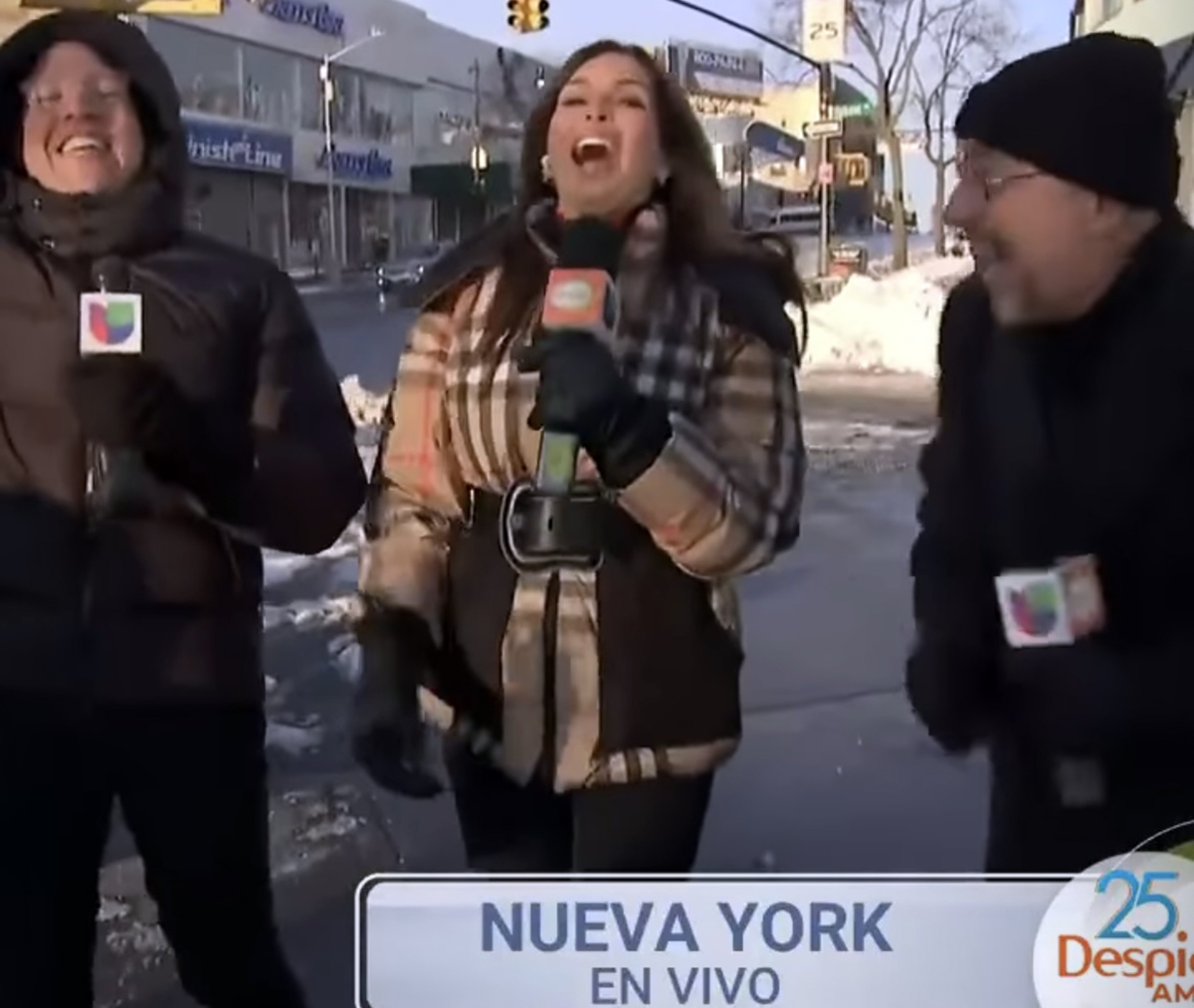 Surprise! from New York and together with Raúl González and Francisca Lachapel, Fernando Arau and Giselle Blondet returned to ‘Despierta América’ to host the show they brought to life 25 years ago.

And precisely for that reason, because it is the 25th Anniversary, that ‘The Happiest Little House on Hispanic Television’ is starting to throw the house out the window from the first month of the year and promise to continue throughout 2022.

For now, just as they did 5 years ago when they celebrated their 20th birthday and Adrián Santucho, president of entertainment for the network at that time, got even those on Telemundo to return, now they will also return two by two in different weeks, until they bring together those from here, those from yesterday, those from there, those from today and those from always.

Without a doubt, it was shocking to see in the middle of the cold of the snow Giselle and Fernando with Raúl González giving each other hugs full of warmth and nostalgiaIt was like going back two decades when, like today’s image, they presented ‘Wake up America’ from some city in the United States.

“I can not be happier than enjoying these 19 degrees of temperature in the ‘New Yores'”, Giselle Blondet began by saying and gave the floor to Fernando Araú.

“We would have come in a bathing suit, this is wonderful. We are very happy to greet you all, and to see you again“He said and the three of them ended up embracing in the middle of the snow.

From the Bronx, Francisca Lachapel joined to such a special beginning of the week in which, Karla Martínez closed the idea by saying: “Thanks to you, we are in this place.”

Let us remember that, 25 years ago, ‘Despierta América’ was born and the mornings of Latinos in the United States changed forever. Giselle Blondet, Ana María Canseco, Neida Sandoval, Rafael José and Fernando Arau, together with the dog ‘Cosita’, began to be part of everyone’s breakfast, work and chores, the companions of the solos and the newcomers.

In these 25 years there have been many changes, in the case of today’s guests, Fernando Arau was separated from the show by an executive on duty, and Giselle left betting on doing a talk show with Don Francisco that never came out

WATCH THE RETURN OF GISELLE AND FERNANDO HERE:

•Jessica Rodríguez from ‘Despierta América’ reveals that she hit… her mother!