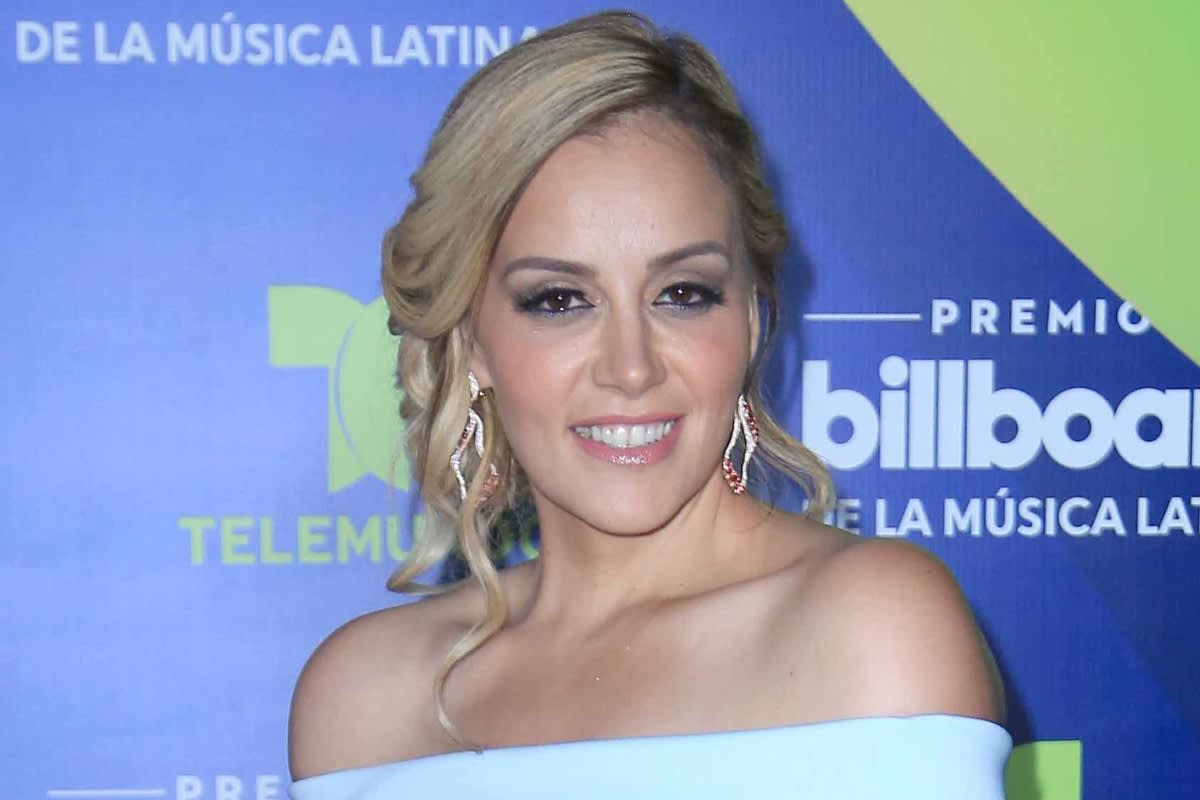 It is not finished: The businesswoman Rosie Rivera, sister of the late Diva de la Banda, shows on social networks her surprising physical change over the years, however, followers and Internet users of the American say that she owes it thanks to the Jenni Rivera‘s money, which has even paid for her multiple cosmetic surgeries.

Since the death of Jenni Rivera, there has been much speculation that her relatives, both children, brothers and others, have been able to enjoy very well the money that the singer left, in addition to the royalties from her recording works, as well as future projects that began to create based on the life of the emblematic singer.

However, those who have been most accused of staying and taking advantage of Jenni Rivera’s money have been her brothers, Rosie Rivera and Juan Rivera, who in the words of many argue that “they have known how to take advantage of their sister’s work,” despite the fact that they also run several companies outside of his sister Jenni Rivera.

On this occasion, Rosie Rivera, was harshly criticized after she appeared on her social networks showing her followers the surprising physical change she suffered in recent years, showing herself thinner and slimmer than ever, where her face is even more visible. sleek and fine.

Rosie Rivera confesses that criticism has made her ‘stronger’

It was through her official Instagram account that the American businesswoman, Rosie Rivera, sister of the late Jenni Rivera, impacted her more than 1 million followers with her shocking physical change, in which, in Rosie’s words, they have done it every time stronger in the face of criticism.

At the bottom of the photographs, the writer also declared the following: “Some people have made fun of me, I used to provoke anger. Now I let the teasing, doubts and insults provoke me to become a better version of myself. They expected me to react to them, I took action for myself ”.

The photos of the shocking physical change of Rosie Rivera

In the snapshots, in which Rosie Rivera shows her shocking physical change, it is possible to observe the before and after of Jenni Rivera and Lupillo Rivera‘s sister. In the first photograph, the businesswoman is seen looking to the side, while wearing a black sports suit, and her body looked considerably slimmer and her face more profiled.

While in the second, a much younger Rosie was seen, with black hair, and her face a little rounder, while her body was completely different from the one we currently know, which provoked, in the words of the businesswoman, various insults to her.

And it is that for several months now, the incredible physical change that Rosie Rivera has suffered in recent years has been seen, where her body looks slimmer and more stylized, full of curves, which she boasts with beautiful dresses and outfits that make her stand out. even more his curvy body.

In a recent photograph, also shared on her official Instagram account, the American businesswoman could be seen wearing a beautiful strong blue dress, which had details on the men and on the bust, at the bottom it had small hollows, which gave a greater movement to the outfit, looking very beautiful in the images.

Followers react to the incredible physical change of Rosie Rivera

Faced with this comparison, where Rosie Rivera showed her followers her incredible physical change, many Internet users began to argue that this was due to various cosmetic surgeries that the American businesswoman had undergone.

A follower without any fear commented the following: “That’s called surgery”, to which another netizen responded, even insulting Jenni’s sister: “Okay, the shoddy shepherdess must know that God hates vanity”. I could read in the comment box on Rosie’s post.

However, other followers began to argue that all that physical change that Rosie Rivera suffered was thanks to the money of her sister, the late singer Jenni Rivera, who also paid for the multiple surgeries of the businesswoman. One user commented the following bluntly: “No, well, with inheritance everything is possible.”

On the other hand, some followers argued that she always looked very beautiful: “You are so beautiful Rosie, people are very tough and do not think about the impact they will cause with their criticism, if they do not have something positive to say, it is better to be quiet” , “You look beautiful in all the Rosie photographs that no one tells you otherwise.”

They criticize Rosie Rivera for ignoring the press at the event

In a recent event, businesswoman Rosie Rivera, sister of Jenni River “La Diva de la Banda” and who is in charge of Jenni Rivera Enterprises, ignored some members of the press, for which she was harshly criticized on social networks.

It was the journalist Nelssie Carrilo who, on her official Instagram account, showed a video where Rosie met at an event she attended as a guest. Several were struck by her outfit and did not hesitate to express it, although it would receive stronger criticism. Filed Under: Rosie Rivera Surprises With Physical Change

They call it “ridiculous”

In a video of a few minutes, Jenni Rivera’s sister can be seen accompanied by other people while posing for the cameras. Some compliments were present. After the photographs, the businesswoman posed for more images. Filed Under: Rosie Rivera Surprises With Physical Change

Although he was asked in English how he has been, he did not answer at all, although he was in a very good mood and even made several jokes. At the end of the session, several members of the press asked him, now in Spanish, how he was doing and his indifference was more than evident.

“I don’t know why they give it so much attention”

Later, Rosie Rivera is seen on a small stage while chatting with other people. Members of the press do not have access to it and observe it from a considerable distance. One of the organizers of the event, who is a renowned Latin designer, was in charge of serving the press.

Although Jenni Rivera’s sister was asked to share a few words about her latest book, she preferred to leaf through a magazine and ignore members of the press. One person said a few words to her and thanked her. Filed Under: Rosie Rivera Surprises With Physical Change

The requests continued and Rosie Rivera decided to ignore the press. The designer approached her and they both saw the magazine that the businesswoman was holding in her hands. Now, he was asked to speak about the event that was taking place and he did not respond to them.

Now he was asked about his daughter, Kassey, who apparently participated in this event, but Rosie continued with the plan of not answering any questions asked by the media present, including the Telemundo program Suelta la soup. Filed Under: Rosie Rivera Surprises With Physical Change