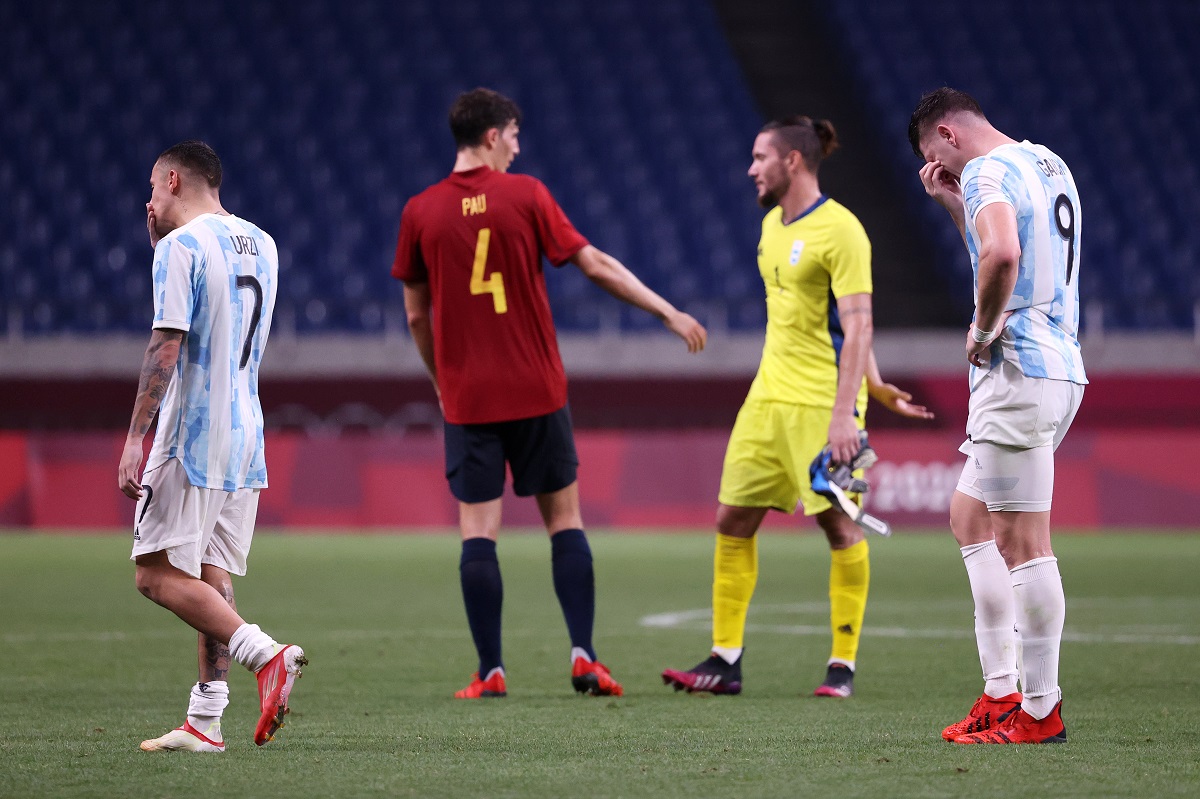 The last day of Olympic football in Tokyo 2020 left several surprises and the most outstanding were the early eliminations of three world champions: Argentina, France Y Germany.

The Argentine team could not get past the 1-1 draw against Spain and remained in third place in Group C with four points. Egypt also added four units, but in the goal differential they have +1 and the South Americans -1. The Pharaohs beat the Australians 0-2.

Spain opened the scoring through Mkel Merino at 66 ‘after a good combination between Marco Asensio, Dani Olmo and the scorer. Then Argentina equaled it at 87 ‘with a header from Tomás Bemonte, but it was not enough.

🥺 They are leaving out @Argentina of the #Olympic Games of # Tokyo2020 #OlimpicosTelemundo #ESP 1-0 #ARG pic.twitter.com/EOmKsnoIdl

🇦🇷 Tomas Belmonte scores his FIRST GOAL in the #OlimpicosTelemundo

On the first day, Mexico endorsed them with a resounding 4-1, then they rallied to beat South Africa 4-3 with a treble by André-Pierre Gignac. However, against Japan they were again stripped in defense.

Germany drew 1-1 against Ivory Coast and did not give the accounts to pass. Brazil finished leading with seven points, the Ivorians with five advanced and the Teutons with four have to go home.

GO-LA-ZO WITH LITTLE TO CELEBRATE😥!

⚽ Eduard Lowen gets the best of #GER in # Tokyo2020, however it was not enough to prevent the elimination of the #OlimpicosTelemundo pic.twitter.com/71iFMzsAlg

Read also: Venezuela in celebration: this was the emotional celebration in the town of the medalist Julio Mayora