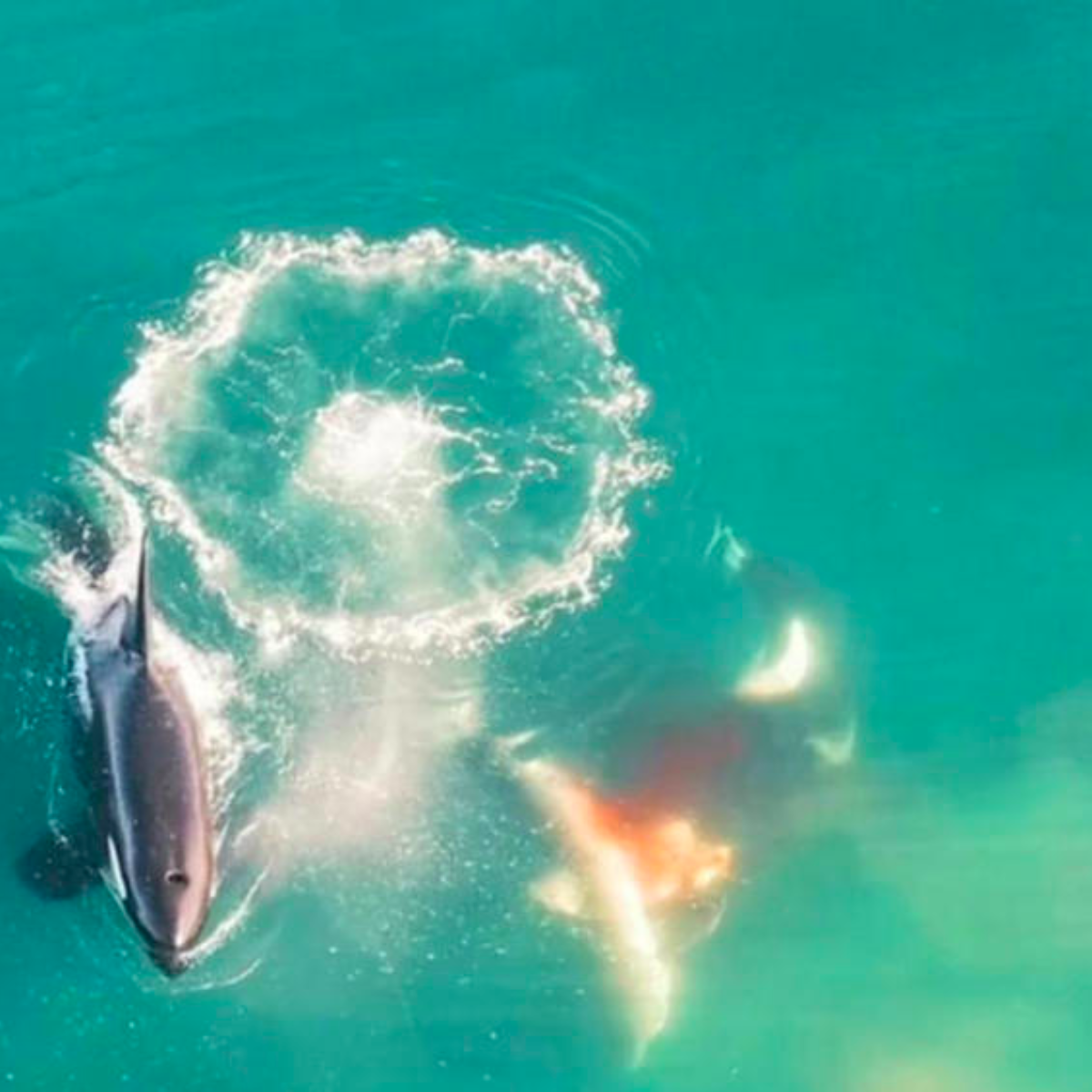 In a video recorded with a droneon the shores of Mosselbaai, in South Africaa group of killer whales hunting a great white sharkone of the most feared predators in the ocean.

The images are believed to be the first in the world that can be taken as direct evidence of killer whales preying on a great white shark.

These images were part of the special ‘Shark Week’, broadcast annually by Discovery Channel for 34 years.

Another similar case that occurred and was recorded in AmericanPost.Newsis when the white sharks, which are considered one of the most fearsome, were harassed near the South African coast, when a group of killer whales began to persecute them in a surprising way.

The video begins with two orcas, known as ‘killer whales’, swimming around a 10-foot-long great white shark. The shark appears lifeless before turning on its side when a third killer whale appears from the depths and takes a bite out of the liver area, causing visible bleeding.

Then the third orca takes the shark with its jaws underwater while its companions follow.

“Here are some of the images of the recent hunting of white sharks by killer whales (…). One of the most incredible pieces of the natural history never caught on film. We can’t wait to share the science behind this and the rest of the interaction soon, and trust me there’s more!” posted on her Instagram account, great white shark biologist Alison Tower.

It may interest you: Swimmer survives the attack of the “world’s largest” white shark.

What is the most dangerous shark in the world?

The most dangerous type of shark in the world is the White shark. This is due to its large size, which can reach up to seven meters in length, great speed and strength. In addition, it should be noted that its teeth are fearsome, which makes it a fearsome predator.