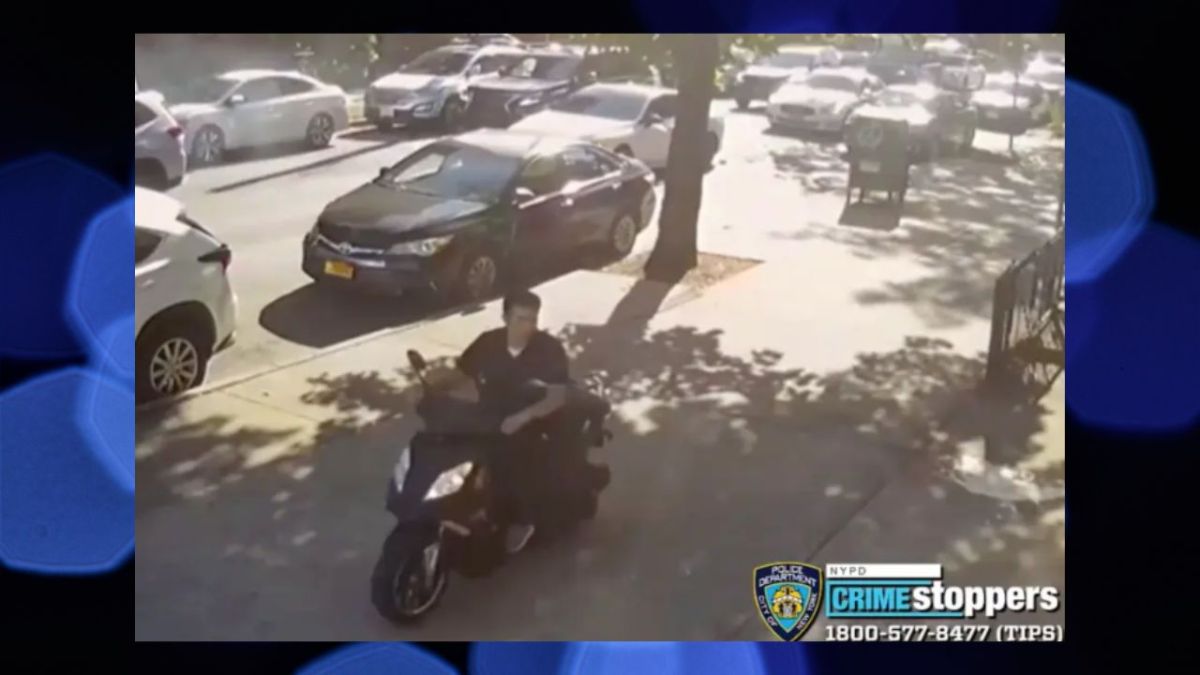 surveillance images recently posted on Twitter by Crime Stoppers show to a “serial groper” who has been attacking women in Brooklyn for the past monthaccording to the city police.

Police said the fugitive pervert has approached unsuspecting women on a moped in a series of disturbing “grasp and run” attacks.

The clip shows the suspect dressed in dark pants, a short-sleeved black shirt and no helmet as he drives down the sidewalk, at one point looking back over his shoulder.

Here are the images of the alleged serial stalker:

Earlier this month, the NYPD released images of the suspect inside a warehouse. The man had close-cropped hair and was wearing gray shorts and a jersey bearing the number 30 of international soccer star Lionel Messi.

Police said the suspect has offended more than a dozen times since Aug. 28, grabbing unsuspecting women before making his escape.

In the most recent incident, police said, the man stopped a 21-year-old woman outside 1015 Avenue N in Midwood around 4:15 p.m., grabbed her car and sped east on Avenue N.

A day earlier, the brazen suspect approached a 48-year-old woman near Canton Avenue and East Eighth Street shortly after 4:00 pm, grabbed her chest and fled.

The day before, on September 8, he attacked a 20-year-old woman at Bedford and Newkirk avenues in Flatbush and grabbed her butt around 4 p.m.

On August 30, police said the suspect attacked three different women within an hour, grabbing the genitals of a 38-year-old woman in Williamsburg at 6:18 a.m., before touching another woman’s butt nearby. from Fort Greene Park around 7 a.m. and the genitals and butt of another 33-year-old woman on Clinton Hill at 7:14 a.m., police said.

Police are asking anyone with information about the serial stalker to call the NYPD’s Crime Stopper Hotline at 1-800-577-TIPS, or online at crimetoppers.nypdonline.org.