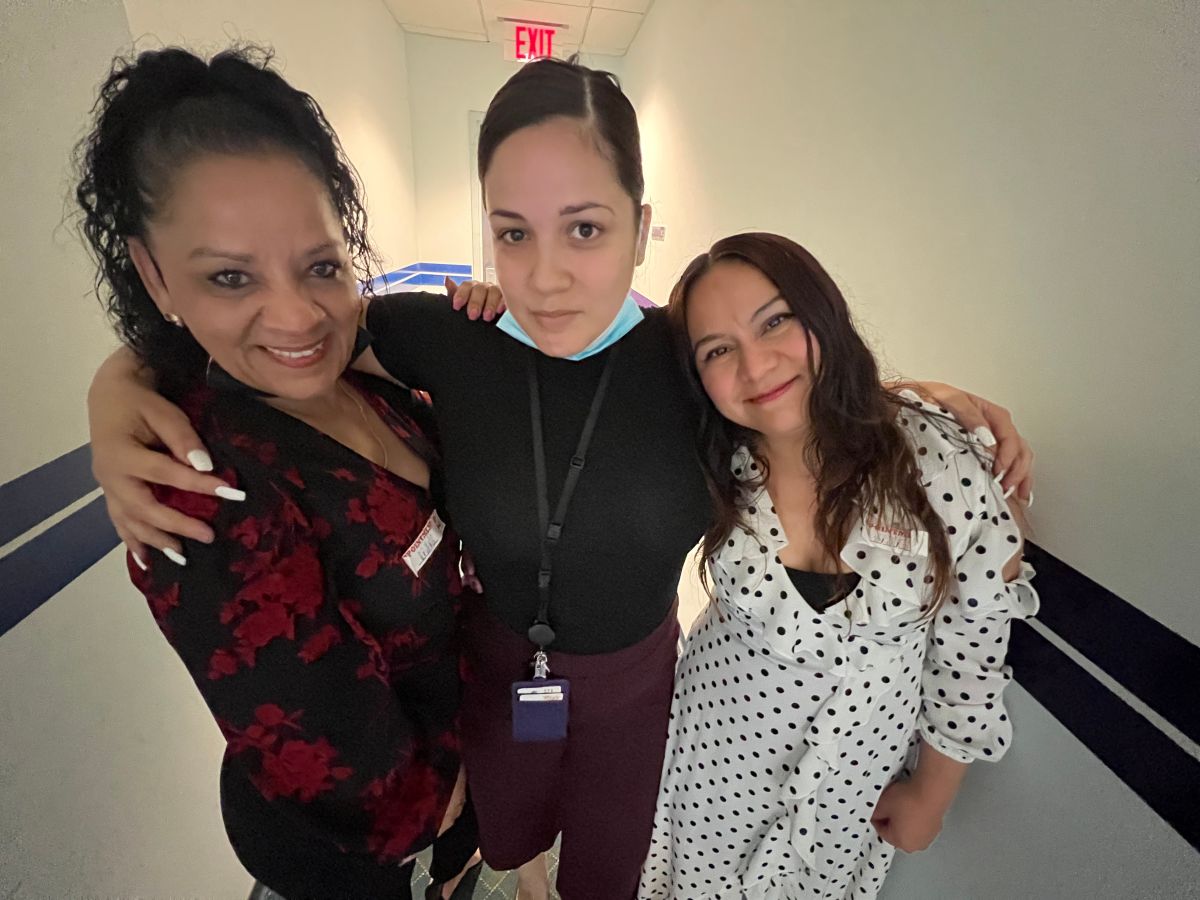 The day that Susana got married in Mexicoabout 21 years ago, a million little butterflies fluttered in his stomach From one side to the other. The beautiful girl was so happy that her smile was painted from ear to ear… the priest told them that her union was ’till death do them part’… a few days later, his husband beat her butterflies to death. He erased Susana’s joy and painted her bruised arms. Over the years, and already in New York, came the hair-pulling concerts, offenses, mistreatment and humiliation, which today the Mexican mother keeps inside her bag of bad memories and that narrates like a horror movie.

– “The abuse started from the first day I got married. That changed my whole world. My husband wouldn’t even let me go to the store. And I didn’t do anything, because they taught me since I was little that when you get married it’s forever. Once he hit me in front of my mother in lawand instead of defending me, she told me: ‘If you see him upset, shut up!‘… Apart from pulling me and throwing me on the floor, he broke my lips and then apologized. And since I loved him and he promised to change, he believed him. I believed him 18 years. But he only lasted the good for a little bit and he continued in the same ”.

–“When we arrived in this country, it was worse here. He controlled all my jobs and my friendships. I wanted to work in sewing, because I’m good at it, but she told me: ‘are you stupid? You don’t know the things here. That job doesn’t serve you, it’s not good for you. You only serve to clean houses. If you were smarter, you would have another kind of job.’ She made me feel like I was dumb and I came to believe it. I didn’t want to leave him thinking about my two children. I am a Christian and at church they told me that those who make mistakes must be forgiven, That’s what they teach and I thought I should forgive and endure “.

But three years ago, Susana understood that she had become one of the thousands of victims of domestic violence who suffer in silence in the Big Apple, but at the same time she knew that she was not alone and that she could receive help.

“I woke up from all that, when one day I saw my daughter cut her hands and my son another day told me: ‘mommy, I love my dad very much, but I want to kill him for everything he does to you’. My God, what am I doing with my children?’… Then I was at an appointment at the Coney Island hospital and I saw papers about programs to help victims of domestic violence in the city, and I saw the phone number and I called… That’s where my life started to change. I was able to have my husband taken out of the apartment and they gave me a protection order, here I have someone who listens to me, I share with other women who went through the same thing. I finally felt that I was being treated like a human being, without being judged. I am another, I transformed myself and that is why I tell many women who are going through the same thing, that we have to cut it off and that we can do it with the services that these centers give us,” said the Mexican, referring to the 5 family justice centers remaining in the five boroughs of New York.

These places are part of the Mayor’s Office to End Domestic and Gender Violence (ENDGBV) and they have programs and resources to reach out to thousands of women and men, who are experiencing abuse and mistreatment.

This is what he warns Amairis Pena Chavezdirector of Brooklyn Family Justice Centerwho in the middle of a tour of that place, located on Jay Street, explained that these sites not only help people who want to break the cycle of domestic violence to get out of that scourge, but also, connect survivors quickly and effectively to all services they need, including housing, legal help, immigration, food and child care, among others.

“Here, as in any of the Centers in the city, whoever needs help can come without an appointment and we will help them with everything they need: counseling and shelter, and It doesn’t matter if they don’t speak English or what immigration status they havebecause we have translator services, we speak Spanish and we keep all the information under strict confidentiality”, assured the director.

Peña mentioned that only in 2021 the Family Justice Centers helped 13,272 peopleincluding 2,939 in downtown Brooklyn, in 42,706 visits they madeand said that half of the victims who come to receive support are Latino.

“Here we have representatives from more than 30 agencies that can help you, all in one place, and we want to insist that there is a lot of help available and our doors are always open,” said the executive. “We also offer childcare services while survivors are taking their therapies. We want to They sit in a safe place where they are treated with respect and dignity.”

The head of that unit acknowledged that the problem of domestic violence It is a very serious matter and he said that although each case is a challenge, they have all the help to make sure that those who want to get out of those holes come out on top.

“Many think that when a woman is being abused by her partner, it’s just a matter of saying ‘I’m leaving and that’s it’, but it’s not that easy. Taking the step is hard, but we are here to help them,” she added.

Cristina, Dominican mother, who also reported having suffered from domestic violence by her ex-husband, revealed that her life took a new direction since December 2019 when she ran into the Brooklyn Family Justice Center.

“I was married to a policeman; the abuses did not stop and once he even tried to hang me, just when I was recovering from the cancer that I experienced; at that moment I said: God saved my life and I can’t let my husband take it from me now“recalled the survivor.

“When I came to the center, I came asking for help, but I never imagined that here they could give me so much help and the strength that I have managed to have today… They even helped me with the divorce, and today I can say that I am a woman who has recovered my self-esteem, that I feel beautiful and I am happily divorced from an aggressor,” said the Dominican grandmother, who is happy with her new grandson.

Anna Maria Rodrigueza domestic violence case management social worker at the Brooklyn Center, who has helped women like Susana and Cristina get ahead, assures that seeing the smile of the victims of domestic violence after beginning to gain confidence in them, is priceless.

“This is a long process.. At first they arrive very doubtful and even lost, but little by little we are clearing their way and they receive all the resources they need to regain control of their lives”, commented the case adviser. “That is why I tell all those who are going through the same thing, that they are not alone, to call any family justice center or that comes this far, that we are going to help them. They need to be heard and that is what our support groups are for with 8 participants that we promote every ten weeks.“.

Brooklyn District Attorney Eric Gonzalezwho has been very active in promoting the Family Justice Center in that county, noted that having all the agencies and organizations in one place makes things easier for survivors and gives them dignity.

“Here we have a place where all the agencies involved coordinate their services, which is good for everyone and makes the government work better,” Gonzalez said. “I remember when I was a child and we had to go from one agency to another to request resources. It was something humiliating that generates traumabut with this (Family Justice Centers) we see that it is something that can be avoided.”

What are Family Justice Centers?

How do Family Justice Centers help?