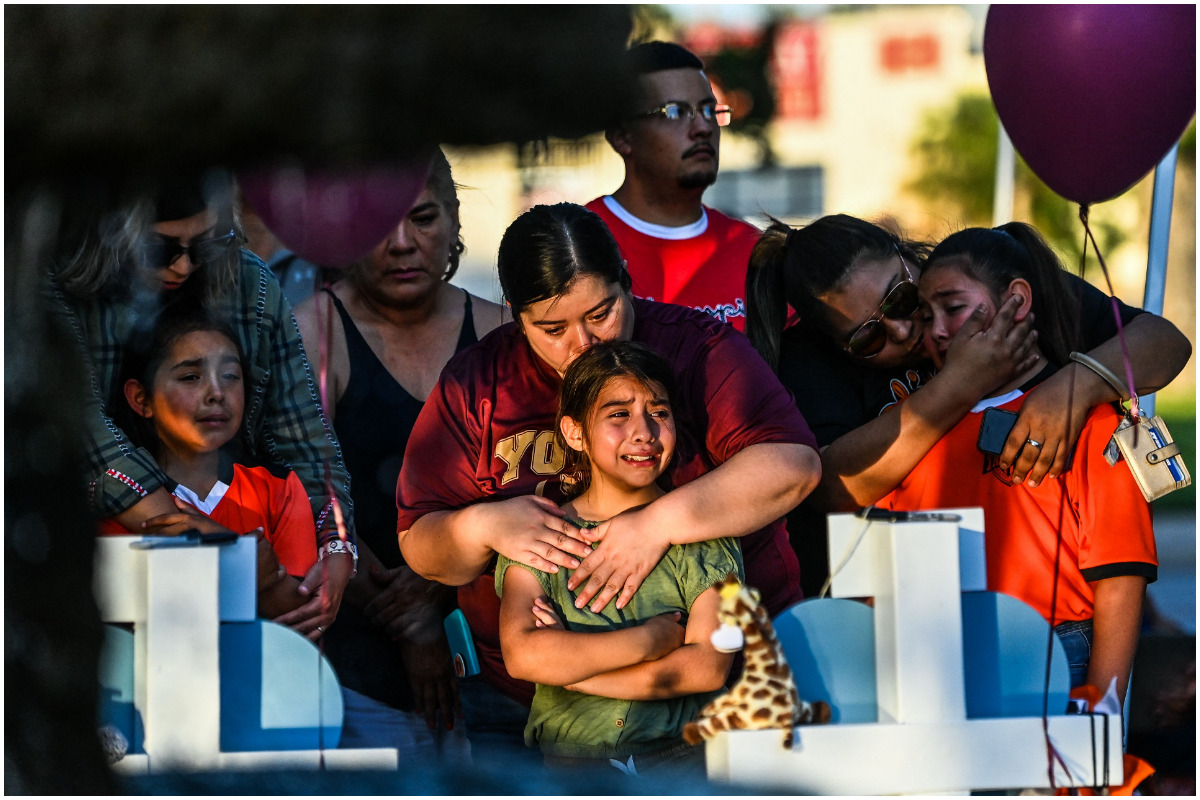 A fourth-grade student who survived the Uvalde school shooting, explained that the police accidentally caused the death of a student, when they entered the place trying to stop the armed man who killed 19 children.

According to reports from the authorities, the gunman Salvador Ramos, barricaded himself inside a classroom for about 40 minutesthen a tactical unit entered and finally killed Ramos.

During that action, there was a survivor of the massacre who said that he had hidden under a table covering himself with a tablecloth. He watched as the shooter shot a girl after she responded to officers, when they asked people to shout if they needed help.

“When the police arrived, one officer said, ‘Scream if you need help!’ And one of the people in my class said, ‘help’. The man heard, came in and shot him.”recounted the boy.

The brave student recalled that “The police broke into that classroom. The guy shot at the police and the police started shooting.”

Newsweek newspaper reported that the boy also told how his teachers, Eva Mireles, 44, and Irma García, 46, died when they stood in front of the students to protect them. of the bursts.

They “went in front of my classmates to help. To save them,” said the boy.

In related information, some videos have circulated on social networks where mishandling by the police regarding the situation is questioned, although they claim otherwise.

In the video images, parents can be seen yelling for them to enter the school to help the children, instead officers apparently pinned down one of the parents on the ground while another with a Taser kept bystanders at bay.

Juan Carranza, who lives across the street from the school, told The Associated Press that he saw people urging police to enter the school. “Get in there! Get in there!” a woman was screaming, shortly after the shooting began, Carranza said, but the police stayed outside.

Javier Cazares, whose daughter Jacklyn Cazares was killed, accused police of not doing enough to stop the shooting. When he found out about the shooting, he ran to the school and when he arrived he realized that the agents were still outside, while the shooter was inside with his children.

“We are going to hurry up because the cops are not doing anything like they are supposed to. more could have been doneCazares reflected.

Steve McCraw, Director of the Texas Department of Public Safety, defended the actions of the forces of order by assuring that they contained Ramos.