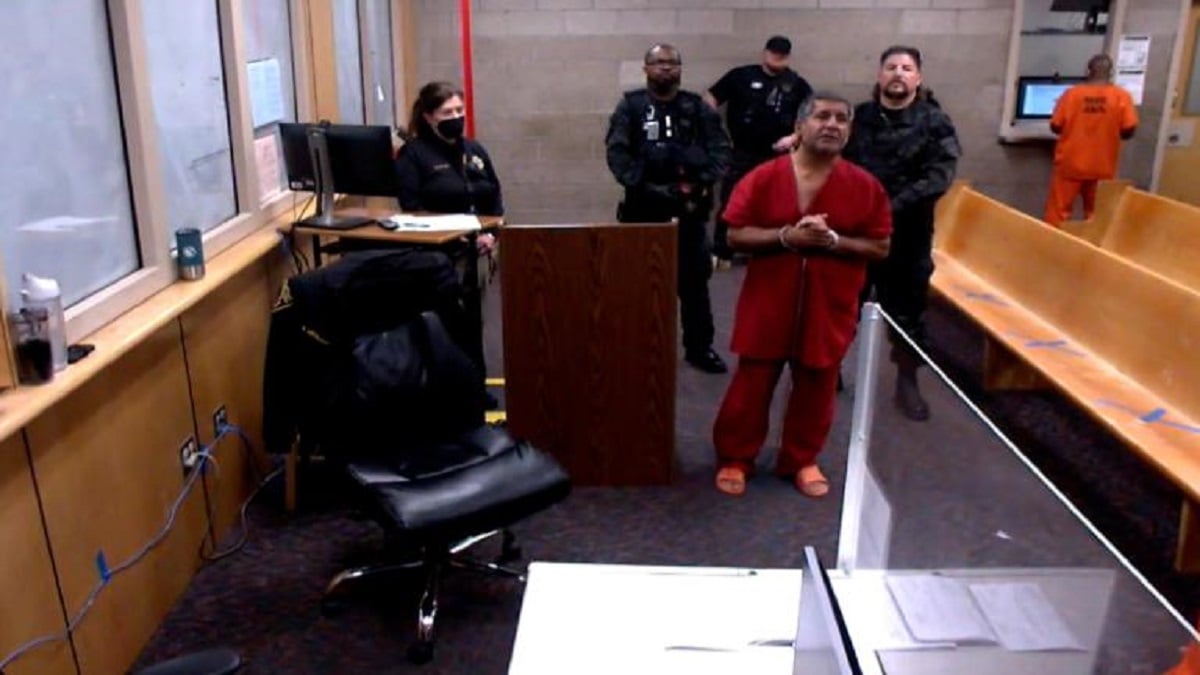 A suspect in Albuqueque, New Mexico accused of killing two Muslim men whom prosecutors called a “very dangerous person” has made his final court appearance as detectives continue to investigate whether he also killed two other people. .

The defendant, identified as Muhammad Syed, 51, first appeared in court in Albuquerque, when he asked permission to address the court through an interpreter before being interrupted by his attorney.

“Can I have permission to speak for myself?” said Syed, who was dressed in an orange jumpsuit and wearing shackles and orange sandals. While his appearance attorney requested that no statements be taken from his client.

The judge later announced that Syed’s case had been transferred to the New Mexico District Court, where another magistrate would respond to prosecutors’ motion that he be held without bail.

The suspect is being held on murder charges in the killings of Aftab Hussein, 41, on July 26, and Muhammad Afzaal Hussain, 27.

Police found firearms in the search of his home, as well as information revealing that Syed may have known the victims “to some extent” and that a conflict between them may have led to his killing them, authorities said.

One of the recovered weapons is linked to shell casings collected at the scenes of two of the homicides, while shell casings from a handgun found in his vehicle when Syed was arrested was linked to one of the scenes, according to the statement. sworn.

Announcing the arrest of the suspect, Albuquerque Police Chief Harold Medina said the department was working with the district attorney’s office on possible charges in the deaths of the other two men. Mohammad Zaher Ahmadi, 62, found dead on November 7, and Elder Naeem Hussain, 25, killed on August 5 after attending the funeral of the other two victims.

Authorities say there is “strong enough” evidence that they continue to view Syed as the “most likely person of interest or suspect” in those killings, said Kyle Hartsock, deputy commander of the Albuquerque Police Department’s criminal investigations division.