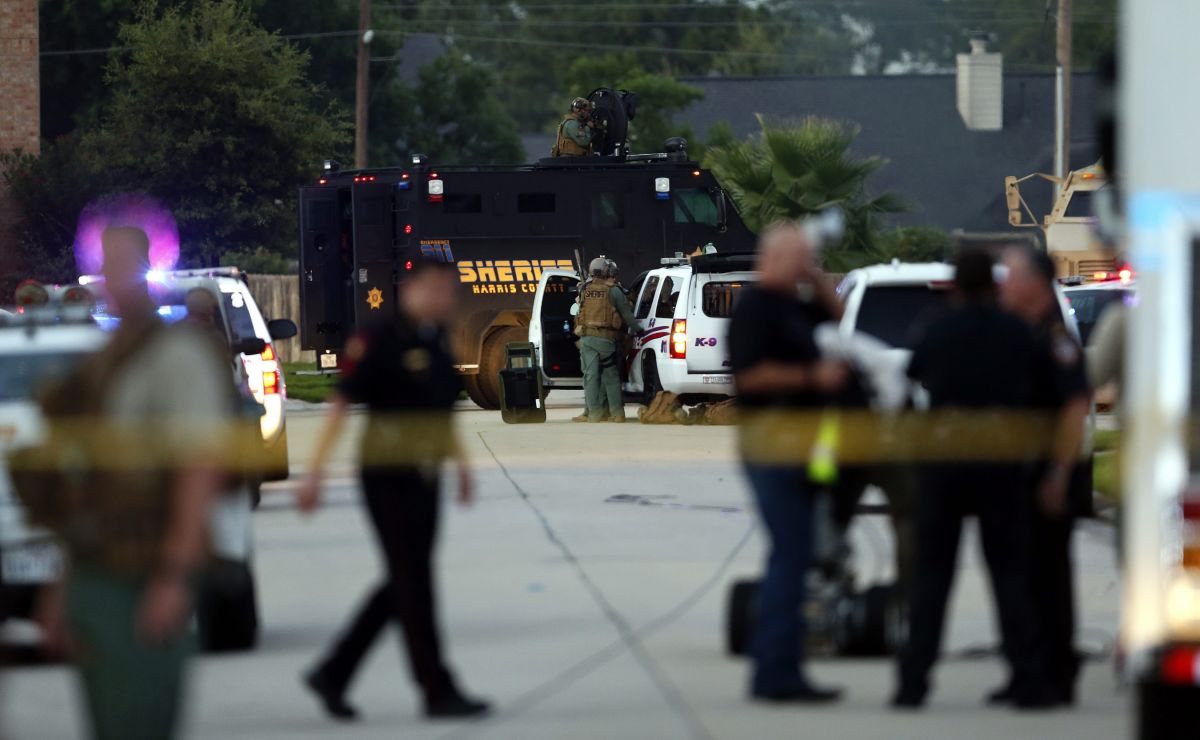 A suspect who was released from jail after being accused of stabbing a Houston Police Department dog over the weekendis now considered a person of interest in the death of his father, whose body was found by authorities early Tuesday morning in the garage of his house.

The subject identified as Ryan Smith, 26, is a fugitive from justice after crashing his father’s truck during a nighttime police chase and fleeing into a forest near Houston’s Memorial Park, investigators said.

“Given his previous position, and what we’re going through now, I think it goes without saying that he has a tendency toward violence.“, said Kevin Deese, commander of the Houston Police in statements to the press. “So we have been in contact with other family members who are not in this area to let them know.”

The events began Saturday morning when Houston police reported receiving a call about an attempted carjacking.

“Witnesses testified that Smith left the scene and went to a nearby store where he stole merchandise and fled.“Houston police said in a statement.

Investigators then tracked Smith to the parking lot of an apartment where he would have tried to elude officers, but was arrested, Fox News reported.

It was at this time that a police dog named “Nate” caught up with Smith at the scene of the arrest. but was attacked by the suspect with a butcher knifecausing the dog a deep stab wound to the chest area, Houston Police Deputy Chief Executive Larry Satterwhite told reporters.

“He is a very valuable member of the team. He has done a great job, so obviously we are all very concerned about him, ”said Satterwhite in reference to the dog Nate, who after undergoing surgery is in recovery period.

Smith was charged with evading arrest, interfering with a police service animal and robbery with bodily injury in the face of the dog assault.but was released from prison the next day on bail and taken back to his father’s house in west Houston.

However, the incidents did not stop there, as family members were concerned that they had no news about Smith’s father, Deese added.

Searching the property, they found the father had left his cell phone behind, which is “uncharacteristic” of him, Deese added.

Hours later, investigators returned to the house to continue their search, but as they did so, they noticed her father’s truck being parked with its lights off.

Investigators saw that Smith was the one in the driver’s seat, and when confronted by the agents, the suspect fled and began a chase that culminated in Smith crashing the truck and escaping on foot. They then noticed that there was a gun inside the truck.

As the search continued, the father was found dead of apparent natural causes, Deese said.

“It was hidden in a place that would make it difficult for anyone to find it, so when the family first arrived they probably didn’t see it,” he said.

Authorities have Smith as a dangerous personand asked that anyone who sees it call the police.