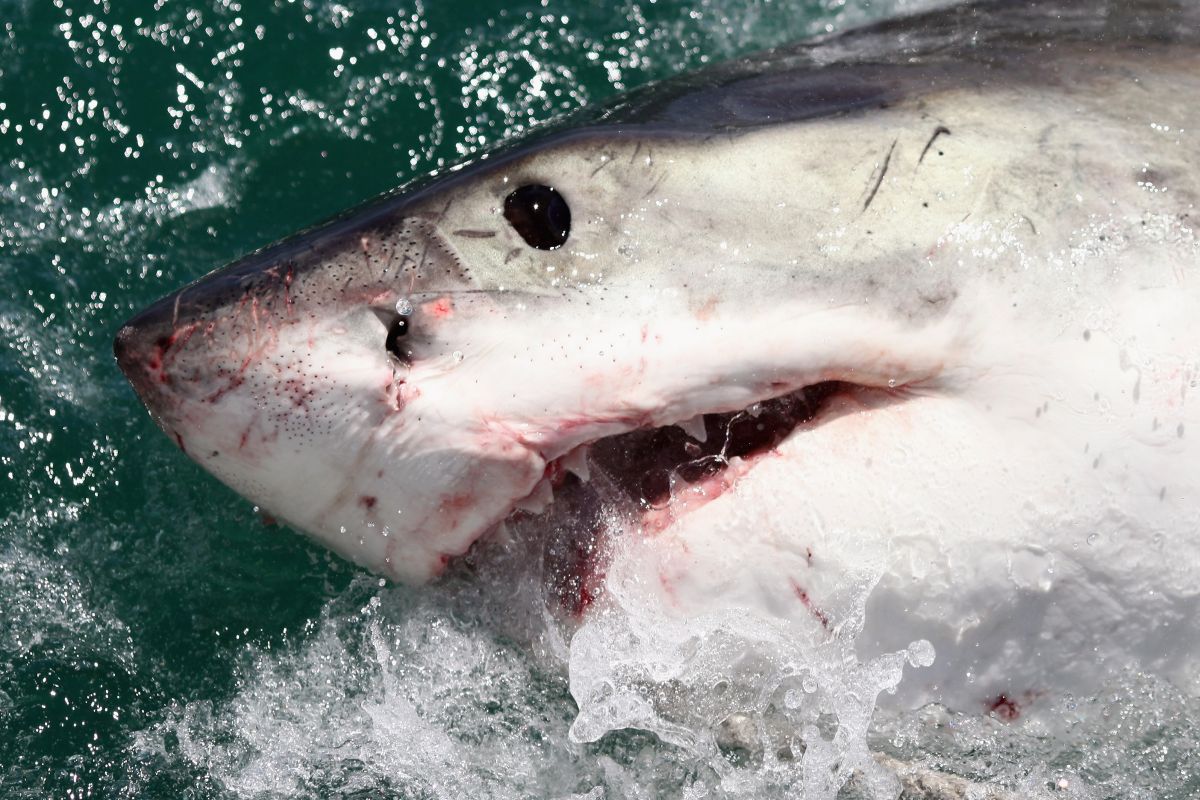 a nAdam spent his last moments of life screaming for help and struggling to get rid of a 15-foot great white shark.s (four and a half meters) long before being eaten alive, as horrified witnesses looked on.

The man was swimming at Little Bay Beach when his life came to a tragic end in the first fatal shark attack in Sydney, Australia in 60 years.

Considered by locals to be one of the best kept secrets in East Sydney, the beach was packed with dozens of swimmers, paddlers and rock fishermen at the time.

They were alerted to the danger by the deafening cries of the swimmer, but they could do nothing but watch in shock as the shark ripped the swimmer in two and “swallowed parts of his body.”.

Shocking footage shows the predator writhing in the ocean and dragging its victim underwater. while the sea turned red with bloodcausing panic on the coast.

The scenes were just as confrontational as emergency services workers and first responders sat in boats, rescue helicopters and jet skis deployed in a frantic search for the swimmer and killer predator.

“The footage clearly shows a body, half a body being taken by a shark,” a police officer told colleagues, via scanner when human remains were found an hour later.

The swimmer’s injuries were so catastrophic that the paramedics could do nothing to save him.

Back on shore, dozens of fishermen and beachgoers were still in shock as the desperate search for the predator continued.

The tragedy unfolded at Buchan Point, a popular spot for rock and spear fishing between Little Bay and Malabar beaches.

“Somebody just got eaten by a shark. oh man! Oh no! That’s crazy. That’s a great white shark,” a fisherman can be heard screaming in the footage.

“The person is still there!”

“I heard a scream and the shark was biting at his body and the body was split in half right next to the rocks here.

“It came back and swallowed parts of his body and that was it. She disappeared “.

Other frantic spectators on the rocks can be heard cursing and screaming in horror.

The victim is understood to have been a local who knew the beach well and often swam out to the headland.

“A guy was swimming and a shark came up and attacked him vertically,” fisherman Kris Linto told Nine News.

“We heard a scream and turned around, it looked like a car had landed in the water, a big splash, then the shark was biting into the body and there was blood everywhere.”

Another shocked witness recalled how the attack lasted just a few seconds.

“I was screaming at first, and then when he went down there was a lot of splashing,” he told ABC.

The shark did not stop.

“It’s very, very annoying. He just went down for a swim, enjoying the day, but that shark took his life.”

Four teams of road ambulances and a rescue helicopter with an intensive care doctor and a paramedic on board rushed to the scene in the hope of saving his life.

“Unfortunately this person had suffered catastrophic injuries and there was not much the paramedics could do when we arrived,” NSW Ambulance Inspector Lucky Phrachanh said.

Police spent several hours at the scene interviewing witnesses and then removed a van from the parking lot at nearby Malabar Beach.

The search for the shark was called off later in the evening and will resume at first light Thursday.

Tragedy rocked the local community as Randwick City Council closed all 11 beaches for at least 24 hours, including Little Bay.

It is the first fatal shark attack in Sydney since 1963, when actress Marcia Hathaway, 32, was attacked while boating in Sugarloaf Bay in Middle Harbour.

She was attacked by a bull shark in just 30 inches (76 cm) of water, as her fiance and friends watched in horror.

Read more
* A surfer died from an apparent shark attack in Morro Bay, California
* A nurse shark bit a man in Florida for 15 minutes without letting go
* A mother captures her daughter on video fleeing from a shark on a Hawaiian beach