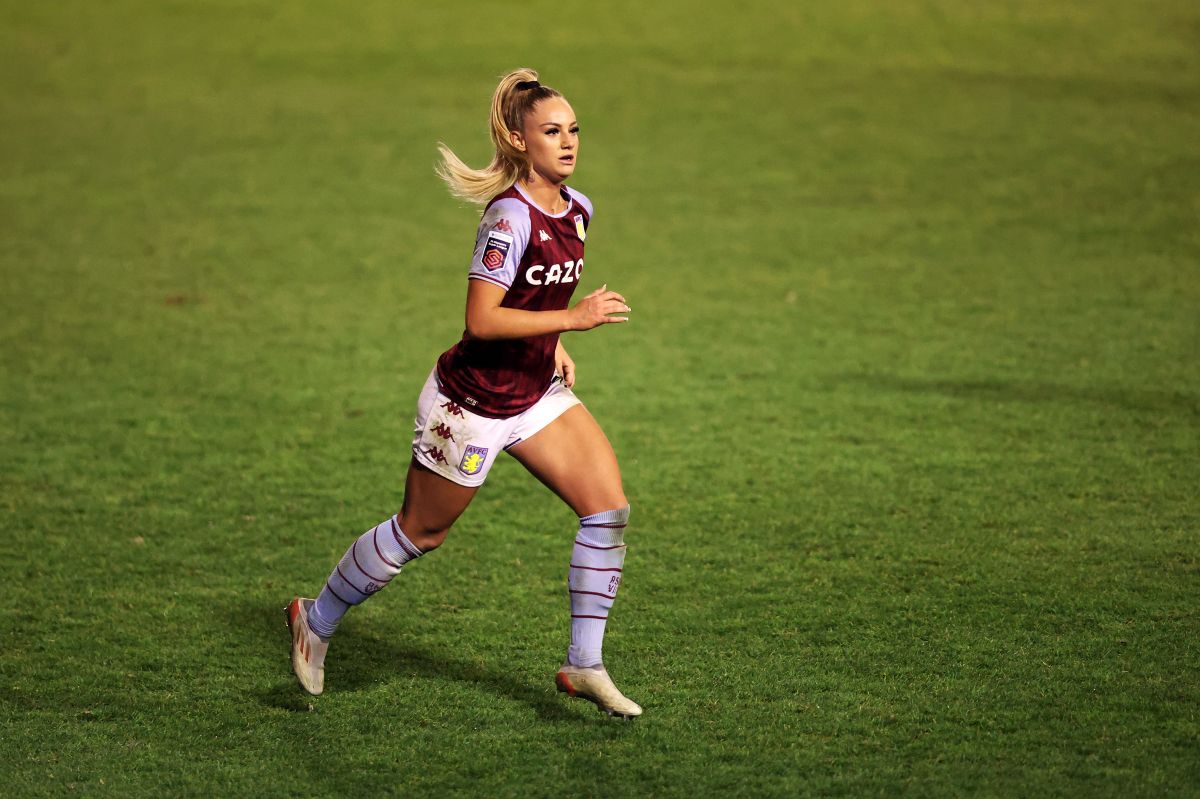 The Swiss soccer player of Aston Villa, Alisha Lehman, has been enjoying the beaches of Brazil for days Along with her boyfriend, the also Aston Villa footballer, Douglas Luiz. The blonde from the Premier League blew up social networks with his posts and the last one reached the not inconsiderable figure of 700 thousand likes from all his fans.

A few days ago, the soccer player who practically also works as an influencer on her social networks, caused controversy by uploading a Tik Tok video in which she shows off her butt and wonders why she is famous. Said publication was criticized and branded as sexist, later she would clarify that it was just a joke.

The Swiss striker is a self-confessed passionate of the beaches and he makes it known every time he uploads a photo on his social networks.

Alisha Lehmann and her relationship with Douglas Luiz

At the end of last year the Swiss soccer player Alisha Lehman and Brazilian Douglas Luiz, both belonging to Aston Villa, confirmed their love relationshipwhich is more solid this 2022 when the blonde has embarked on a trip to the land of the canarinho soccer player.

Alisha Lehmann made her debut for the Swiss Youth National Team at the age of 17standing out at the Youth World Cup in 2018. Thanks to her goals, the monumental striker reached West Ham where she registered nine goals in 42 games.

Later in 2021, Lehmann left for Everton and after a discreet step decided to head to Aston Villa, a team in which he lives today at 23 years old.

In addition to her talent as a soccer player, Alisha Lehmann is one of the fans’ favorites thanks to the charisma she shows through social networks.

. Ana Maria Markovic, the Croatian soccer player who is classified as the sexiest in the world, affirmed that she does not like that title
. Ana Galindo debuts with victory at the helm of the Mexican Under 17 National Team and sets a precedent for being the first woman to sit on the bench of a men’s team