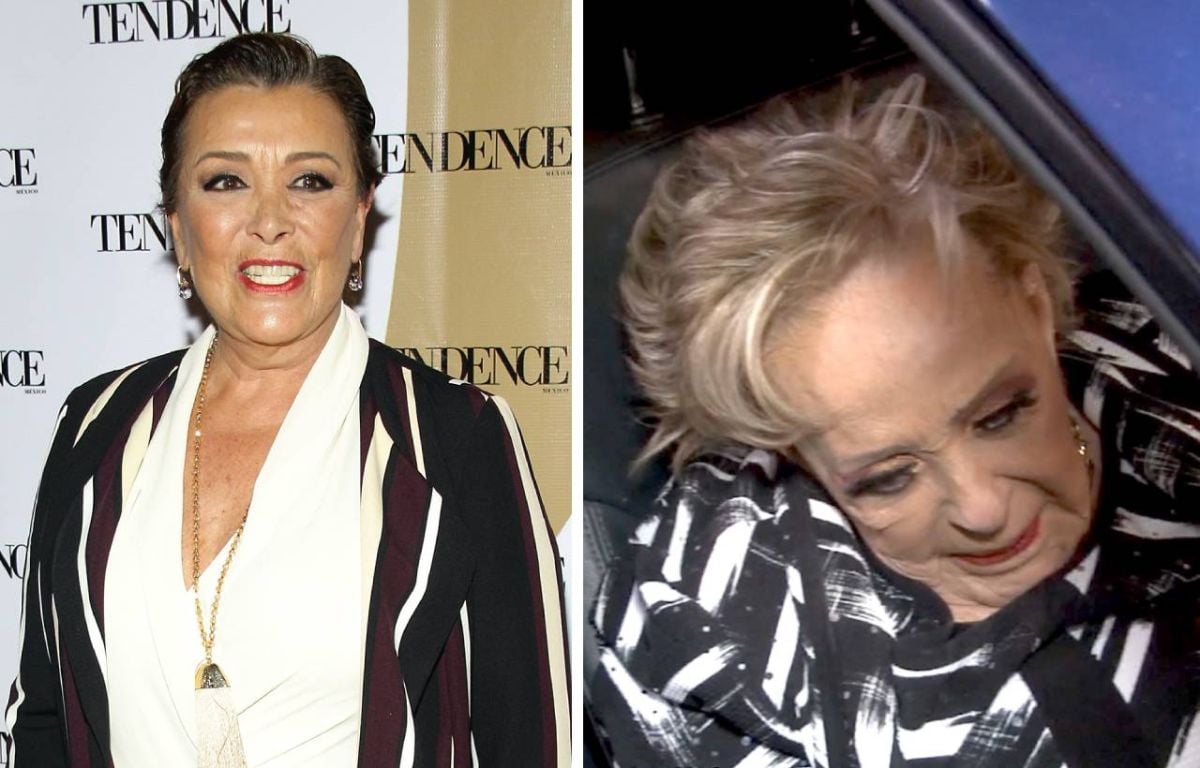 After the return of Silvia Pinal to theatrical stages, family has come under heavy criticism for allegedly exposing the 91-year-old actresshence Sylvia Pasquel faced the scandal and between tears he revealed the reasons why his mother has not stopped working.

On May 11, Silvia Pinal monopolized the spotlight due to health problems that prevented her from offering the performance of the play ‘Little Red Riding Hood, what’s up with your grandmother?’ that she stars in and that marks her return to the theater after ten years of absence, as well as her debut in a children’s play.

However, after canceling her participation, the so-called last diva of the Cine de Oro left the venue in the midst of a cloud of reporters who captured the state of her health. Given the criticism that the family received for exposing Doña Silvia Pinal in poor health, it was her eldest daughter who once again faced the scandal to share the reason why her mother continues to work.

It was during an interview with various media, one of them the program ‘Ventaneando’, where the sister of Alejandra Guzman He defended his mother’s decision to be current in said play.

The actress revealed that she found out about her mother’s health problems while she was fulfilling work commitments in Acapulco, Guerrero, so she was only informed that Silvia Pinal he could not give the performance due to stomach problems that triggered an alteration in his blood pressure, so they decided it would be best if he did not do the performance and left the theater.

But the actress burst into tears when referring to the criticism that the whole family has received for allowing the actress to appear in said staging and the melee that was about to cause an accident.

“We always serve with education, with the best intention and with the best disposition, but it was already soft, they let my mom go all over causing even an accidentthat my mother could fall in the maneuver of lifting her from the wheelchair to the van, “he explained.

Pasquel confesses that she is already tired of having to go out to clarify all the notes and even worse because they do not speak well of her family for allowing the great Silvia Pinal to continue working at 91 years of age.

“Save it! Well, not even a piece of furniture. My mom has the right to live, to be happy. I am not going to keep her in a bed in a room until she dies sitting in an armchair watching television.

She also exploded against those who attack her for allegedly having received $1 million pesos for her mother’s work, as well as the criticism that her brother has received. Luis Enrique Guzman.

“Also how they treat my brother, it hurts me to hear all my brother’s comments that they do not lower him from maintained, manipulative and me too, “he said.

the grandmother of michelle halls He pointed out that he is not interested in what others think, since returning to the theater was a decision made by Silvia Pinal herself.

“She likes it, she wants it and when they tell her we’re going to the theater, she gets excited, her eyes fill up, she’s happy. Why am I going to take that taste away from my mom just because some people don’t like her“, added again between tears.

To finish, Pasquel confesses that they will analyze Silvia Pinal’s return to the play ‘Little Hood, what’s up with your grandmother?’ due to the wave of criticism they have received.

“I don’t know anymore (if I’ll come back), because at the end of the day So that? So that nothing else is criticizing her and talking bad about one, maybe I prefer that she is sitting in her chair. Let’s see what we invent for her to be happy, “she stressed.

You might also be interested in:
–Silvia Pinal is absent on the second date of her play due to health problems
–VIDEO: Silvia Pinal fights against depression, assures her son Luis Enrique
–Silvia Pinal is applauded during her return to theater stages at 91 years old