Donald trump was captured posing for a photo next to a sculpture of the Mount Rushmore which includes his face, as seen in an image posted last week on the Facebook page of Kukkiwon, the World Taekwondo Academy. On November 19, the former president met in his office in Mar-a-Lago (Florida) with Lee Dong-sup, president … Read more 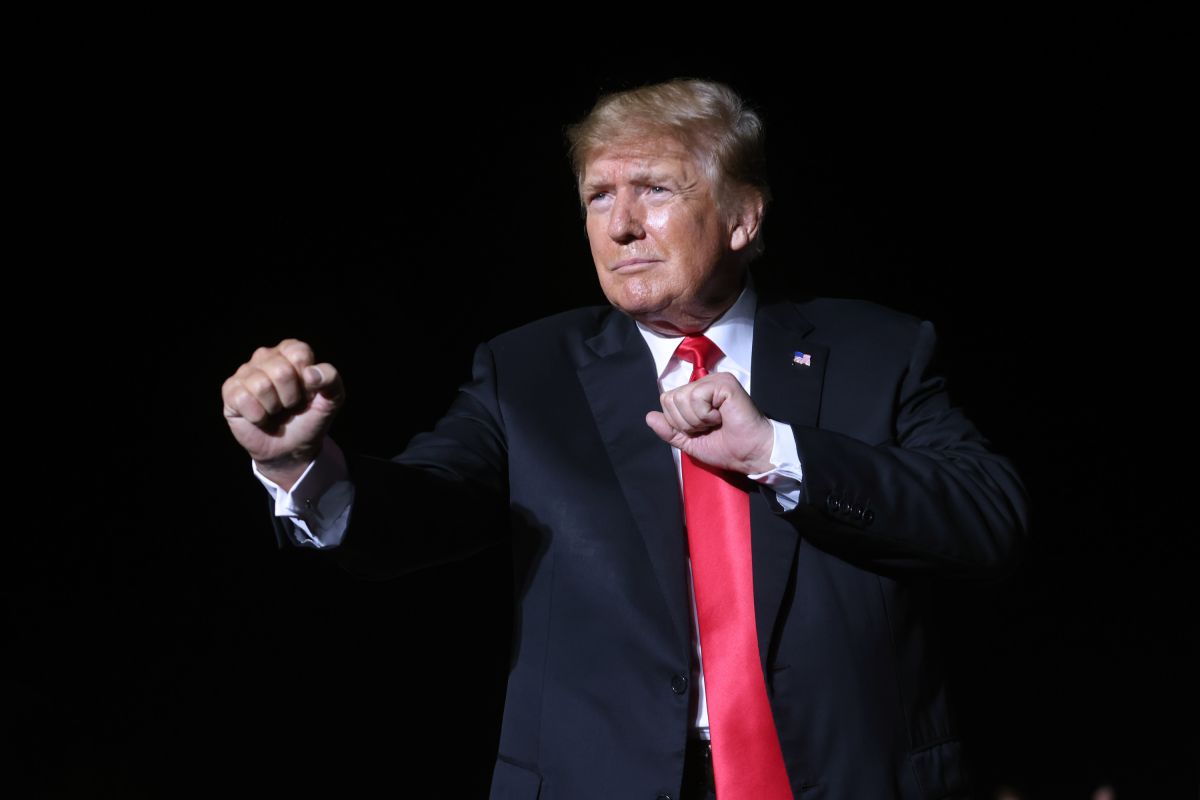 Donald Trump received Dan 9, which is the highest accolade that can be achieved in Taekwondo. Photo: Scott Olson / Getty Images The former president of the United States Donald trump received a honorific black belt as part of a recognition made by the World Taekwondo Organization of South Korea, due to his interest in … Read more 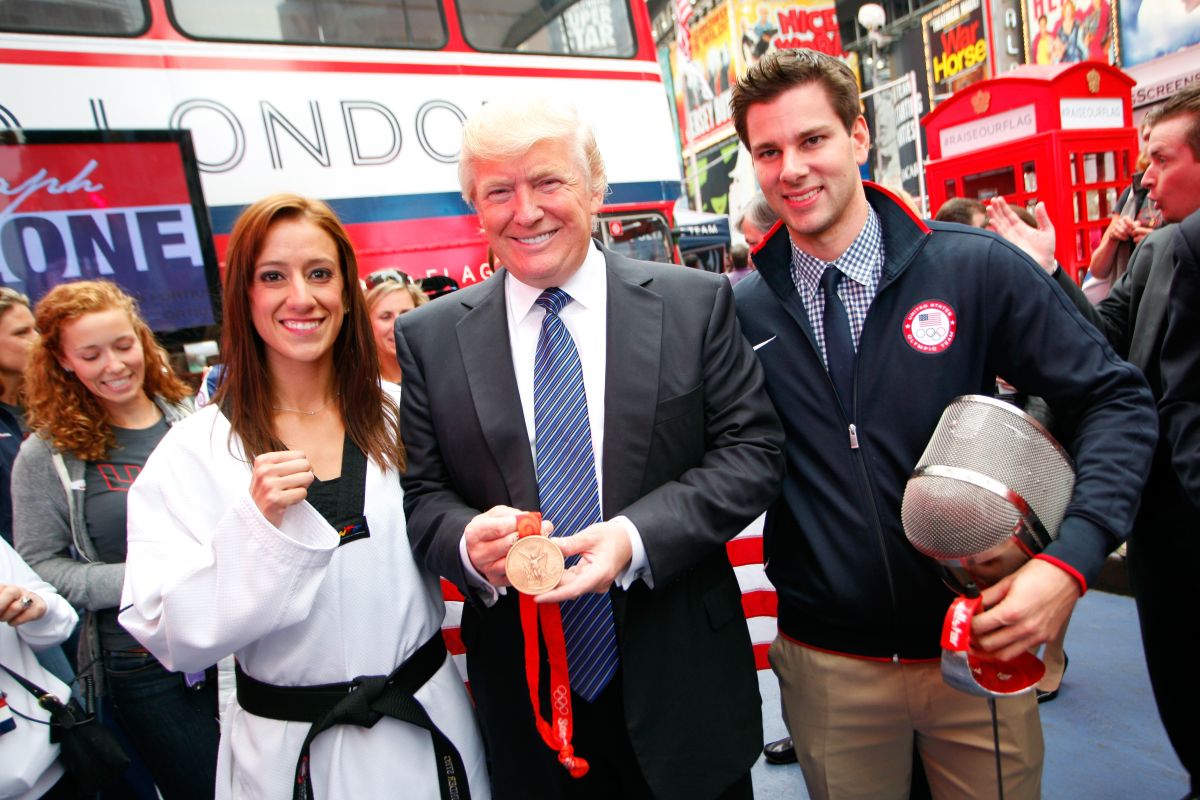 A young Trump in 2012 met Diana Lopez, who represented the United States in Taekwondo at the Olympics. London 2012. Photo: Jeff Zelevansky / Getty Images Donald trump, former president of the United States, was awarded late last week with the most difficult belt to obtain in martial arts: the black belt in taekwondo. Some … Read more 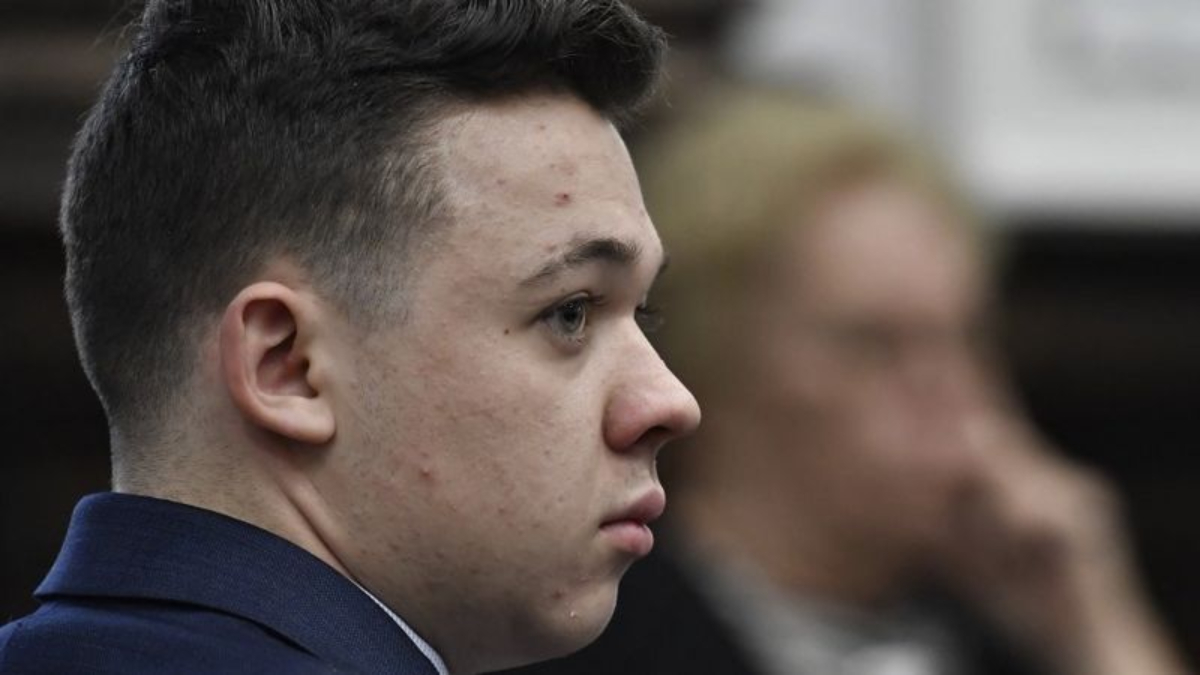 The ex-president Donald trump said he was recently visited at his Palm Beach, Florida resort by Kyle rittenhouse, the teenager who was acquitted last week of all charges after fatally shooting two people and wounding a third during protests over the death of Jacob Blake in Kenosha, Wisconsin, last summer, according to CNN. “I call. … Read more 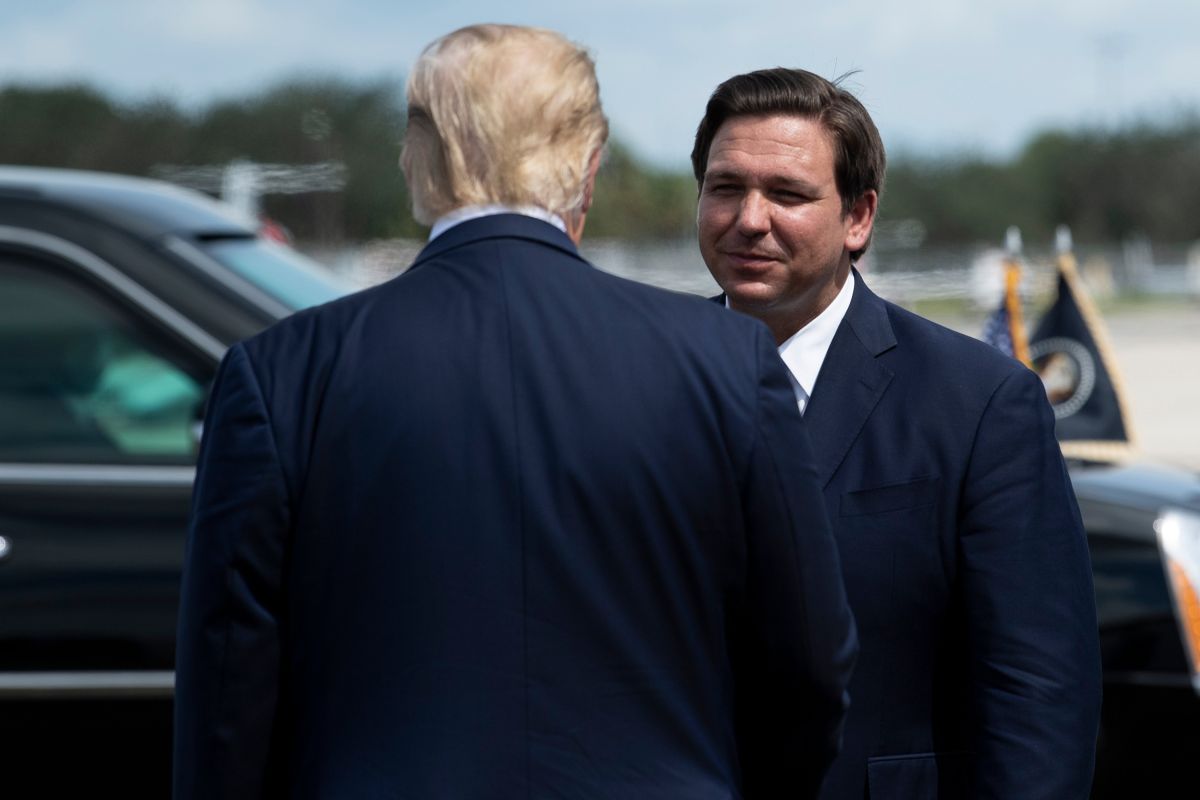 Ron DeSantis and Donald Trump. Photo: BRENDAN SMIALOWSKI / AFP / Getty Images A leader molded in his image and likeness. That was the concept that Donald Trump had just a few months ago of Ron DeSantis, the governor of Florida who also It seemed the perfect example of his Make America Great Again ideology.. … Read more 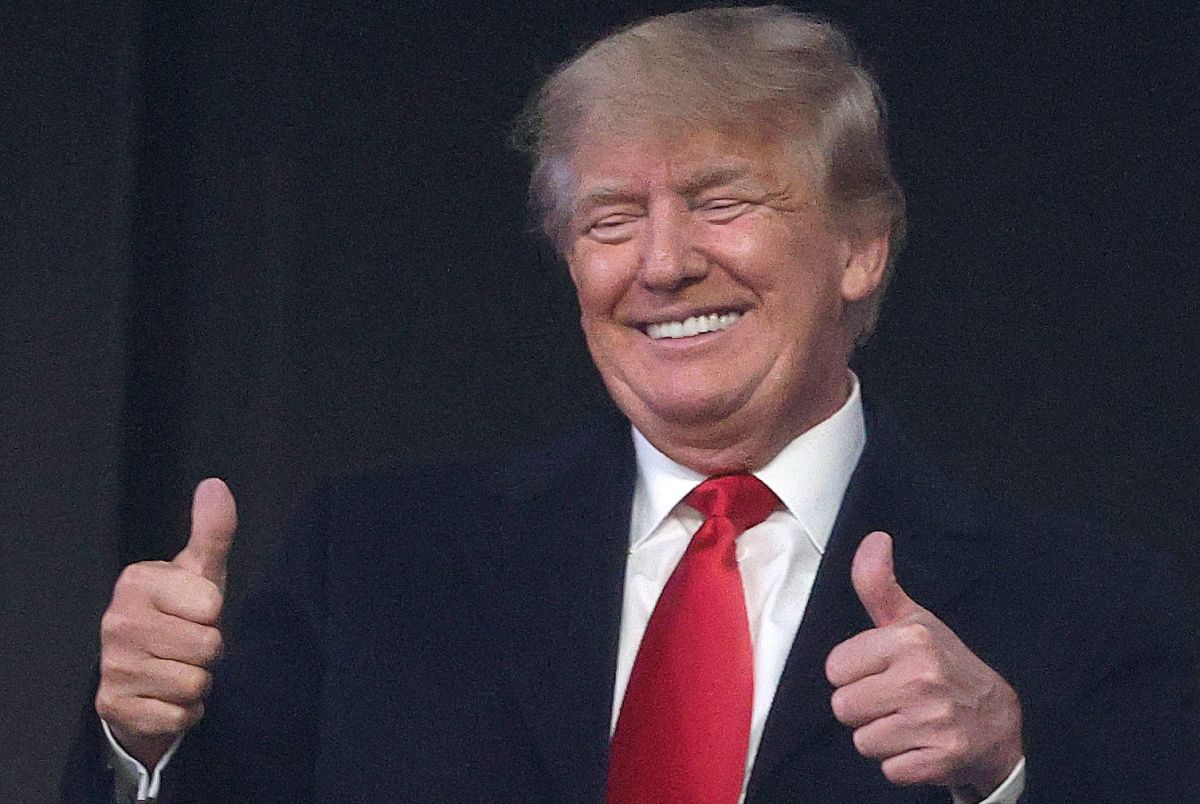 In 2016, the former president of the United States and businessman Donald Trump inaugurated one of his luxurious hotels in Washington, DC, specifically on Pennsylvania Avenue. This construction brought with it a lot of controversy and has now been sold to an investment fund. This Hotel generated a loss of around $ 74 million, this … Read more 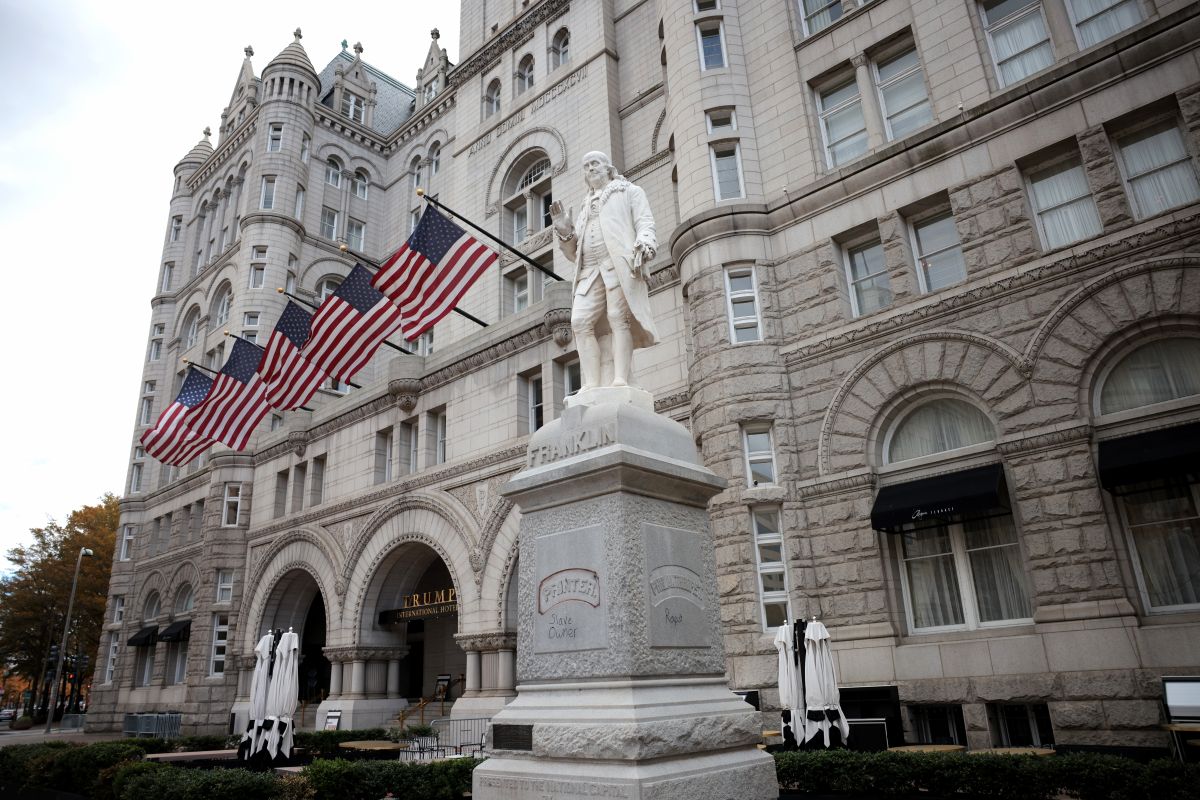 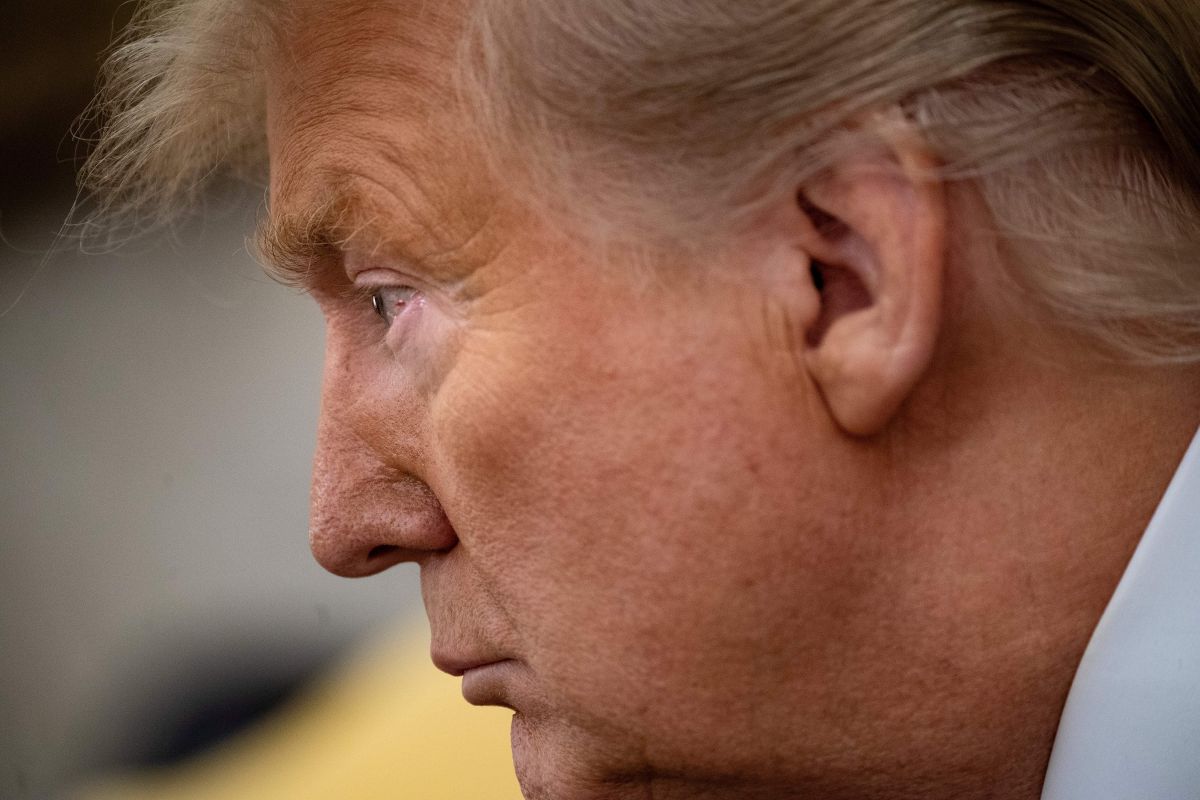 Former US President Donald Trump.- Photo: BRENDAN SMIALOWSKI / AFP / Getty Images The House committee investigating the events of January 6 at the Capitol must receive from the National Archives documentation on actions and communications of the then president, since the court denied the request for Donald trump to remain hidden. “Presidents are not … Read more 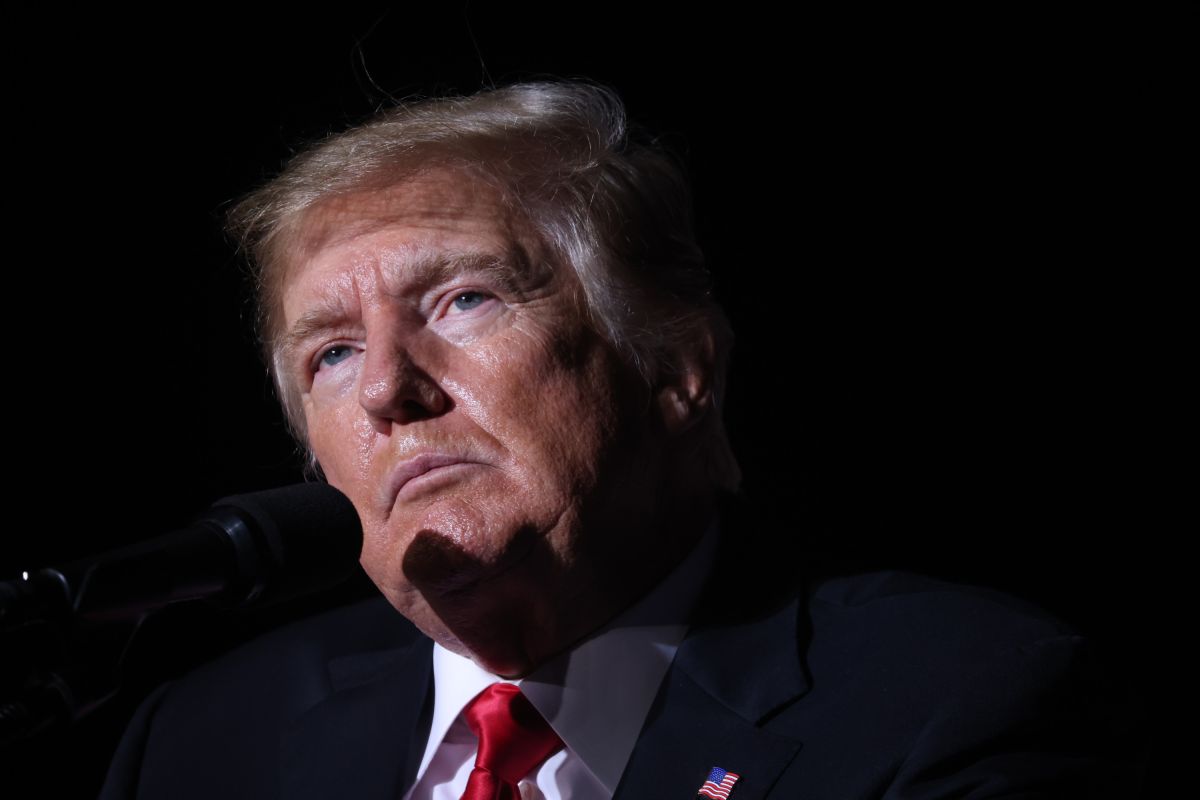 Donald Trump. Photo: Scott Olson / Getty Images Donald trump has made some damning accusations against Alec baldwin. It is known that the actor was directly involved in the fatal accident on the set of the movie “Rust”, where the director of photography, Halyna Hutchins, was shot by a prop gun with which Alec was … Read more 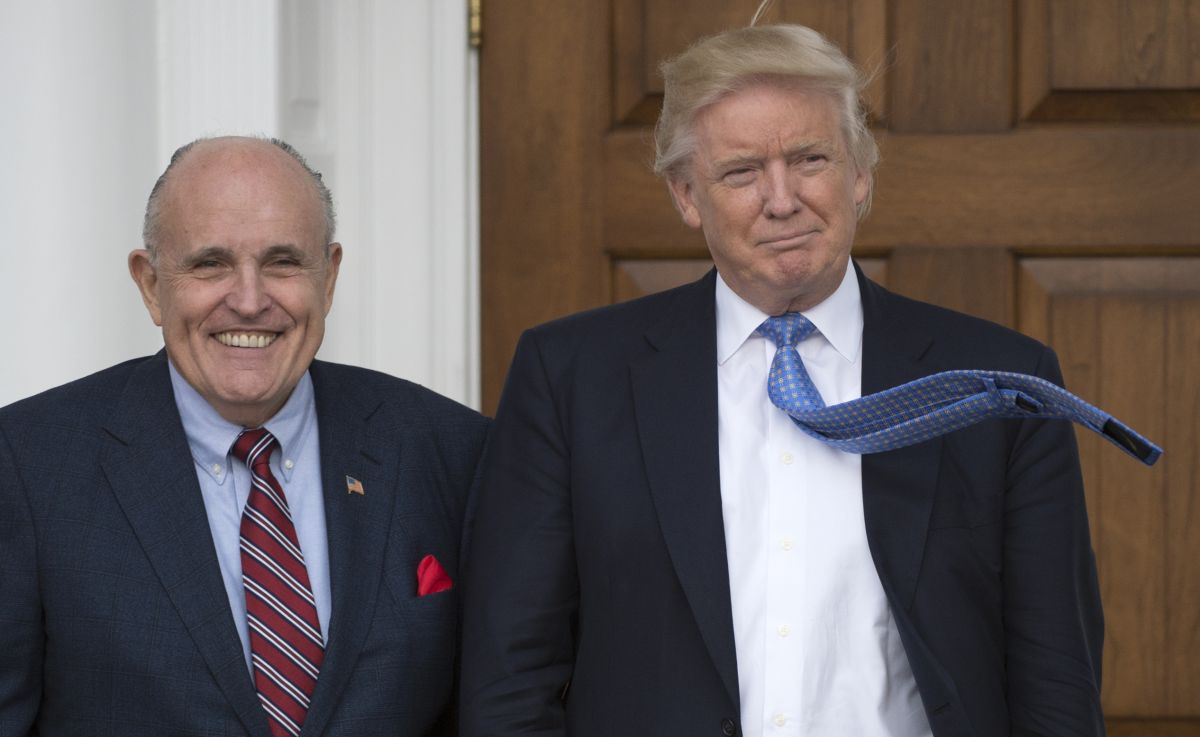 Rudy Giuliani and former President Donald Trump have been sued by James Savage. Photo: DON EMMERT / AFP / Getty Images James Savage has sued Donald Trump and Rudolph Giuliani arguing that false claims that he helped carry out an alleged fraud in the 2020 presidential election in favor of Joe Biden are the reason … Read more 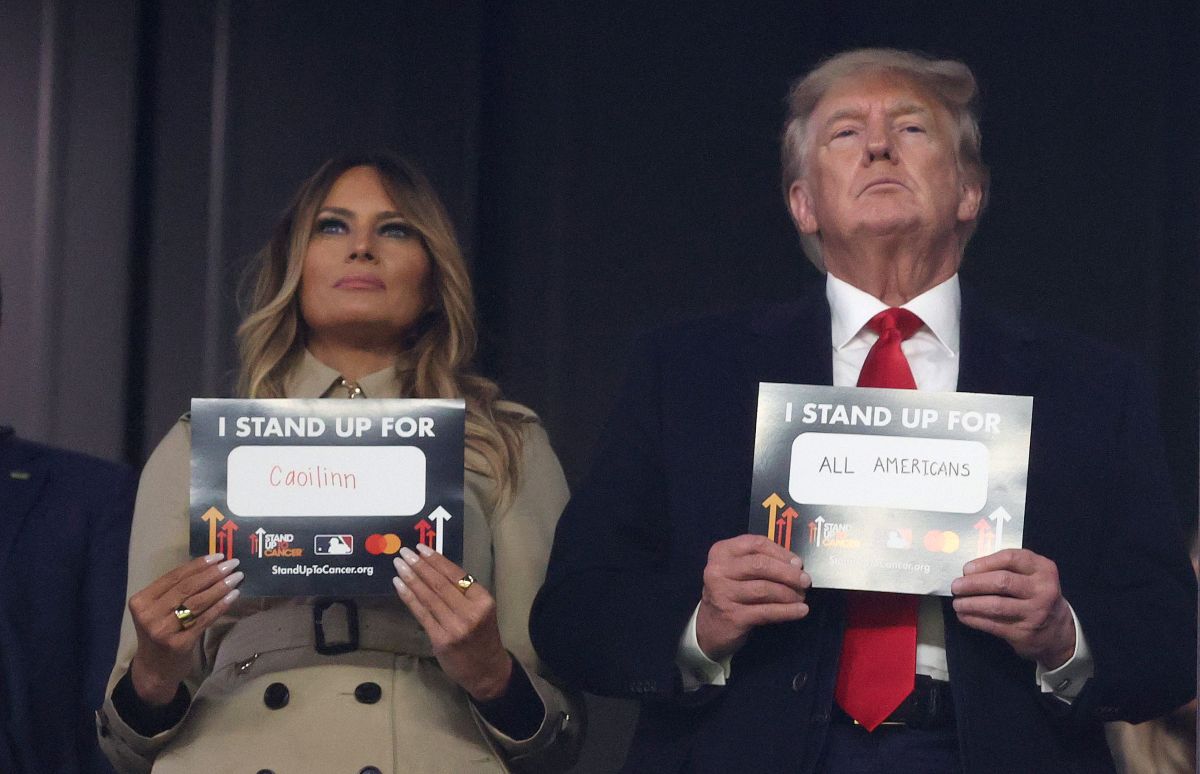 Donald Trump and his wife Melania were at Truist Park. Photo: Elsa / Getty Images One of the attendees deluxe to Game 4 of the World Series between Atlanta Braves and Houston Astros it was donald trump, former president of the United States, along with his wife Melania. From a private suite, the two were … Read more 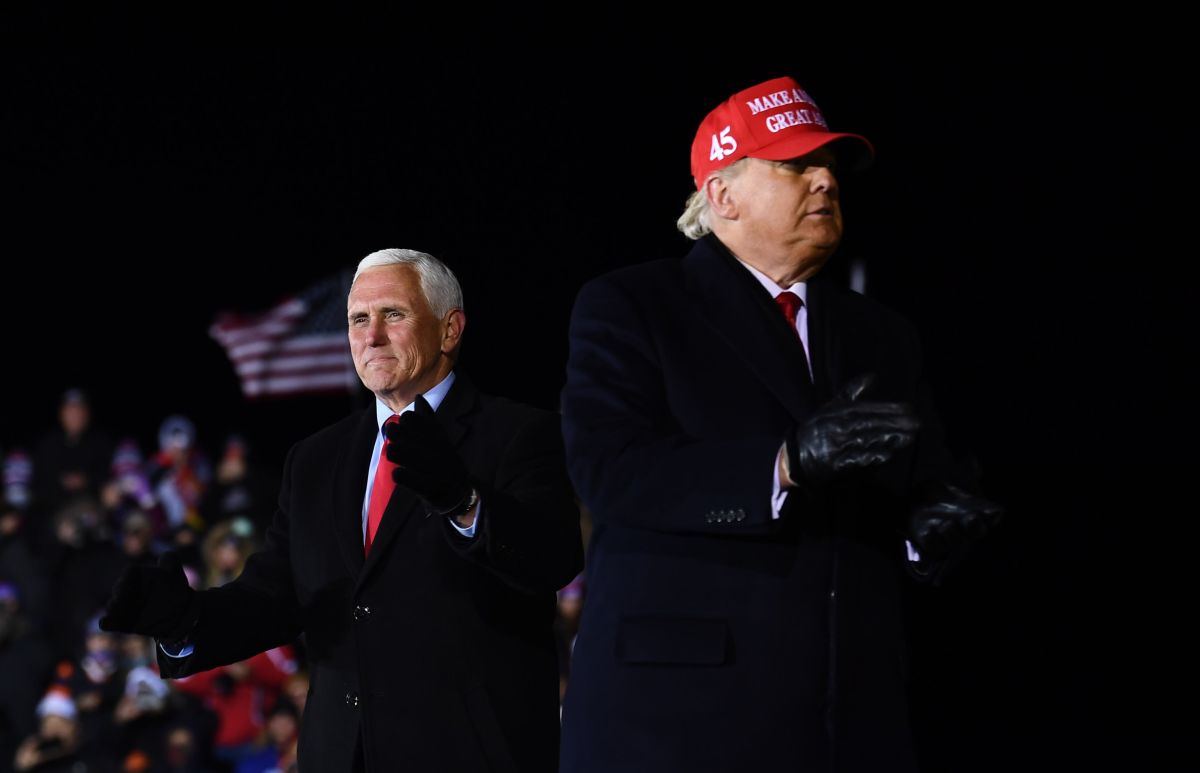 Mike Pence and Donald Trump. Photo: BRENDAN SMIALOWSKI / AFP / Getty Images John eastman, a member of then-President Donald Trump’s legal team, had a rough email exchange with Mike Pence’s top advisor, then vice president, in which Blames him for the assault on the Capitol on January 6 for having refused to block the … Read more 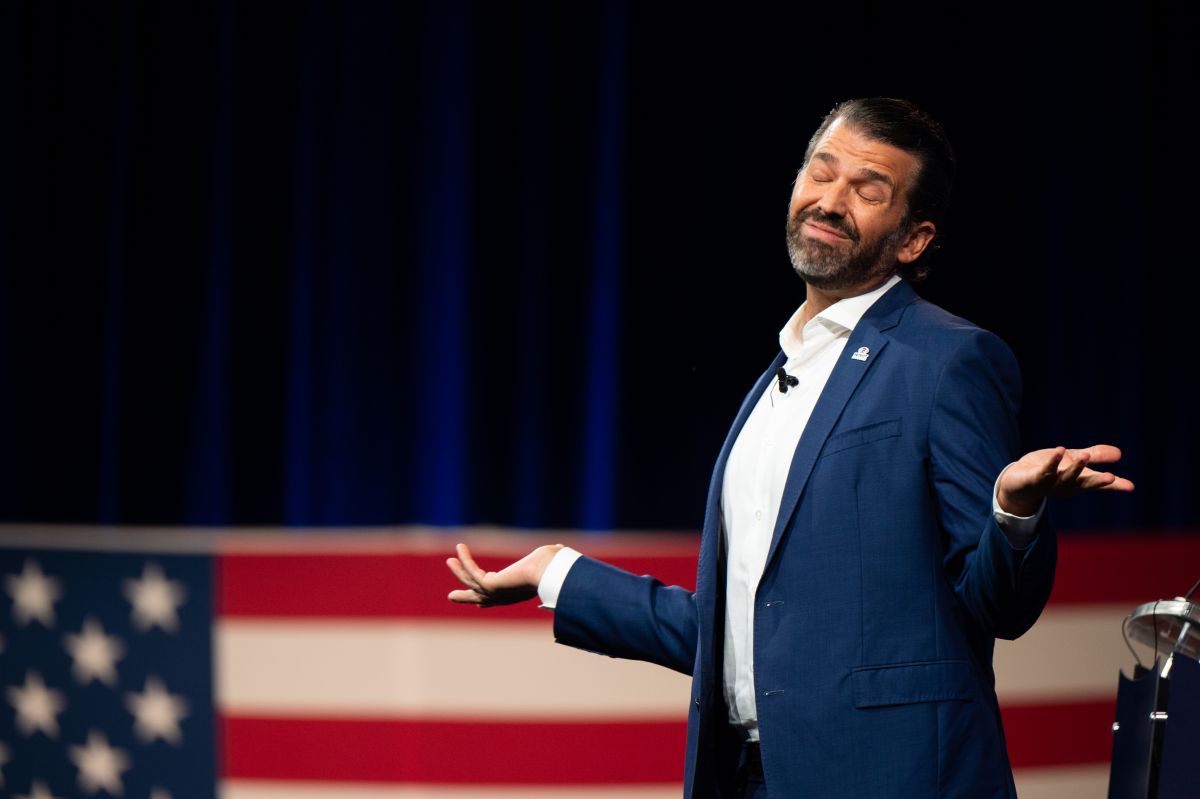 Donald Trump Jr took advantage of Baldwin’s tragedy to poke fun at the actor. Photo: Brandon Bell / Getty Images Alec Baldwin has repeatedly been a staunch critic of former President Trump. Now it’s his son Donald Trump Jr., who is leading the taunts towards Baldwin, after the tragedy that he lived in full filming. … Read more 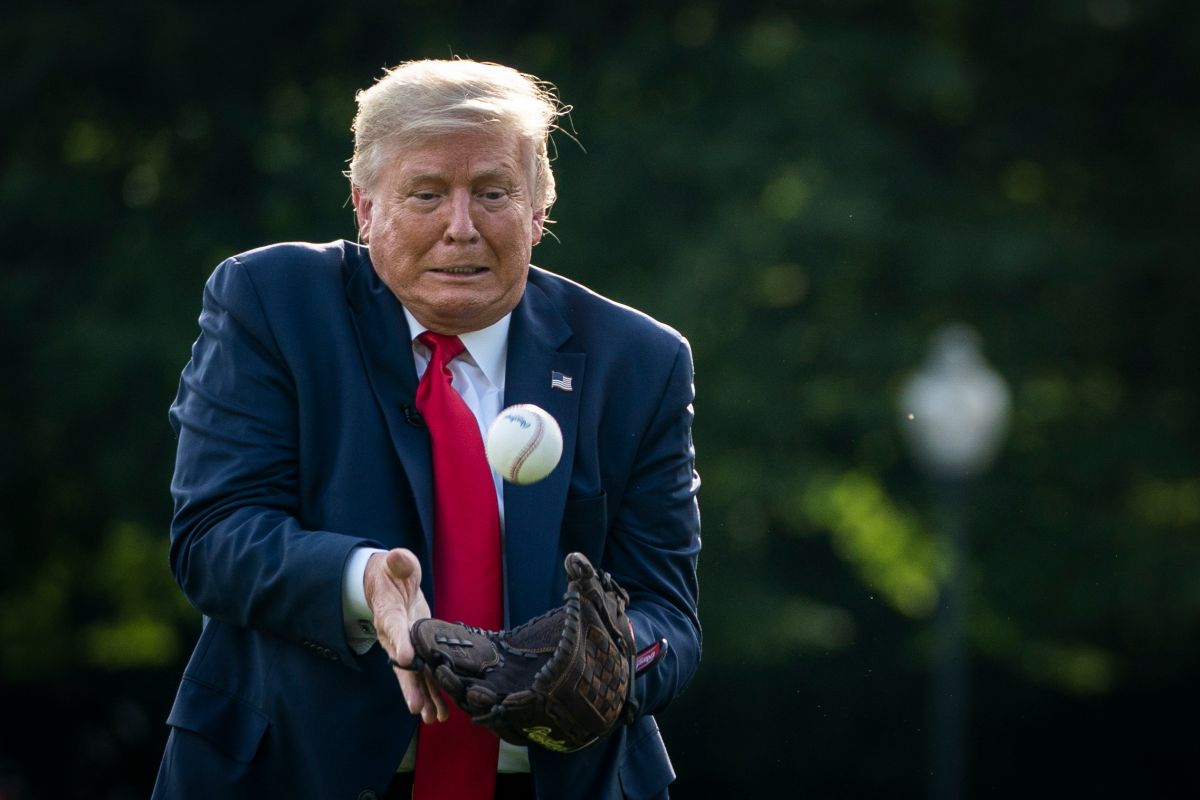 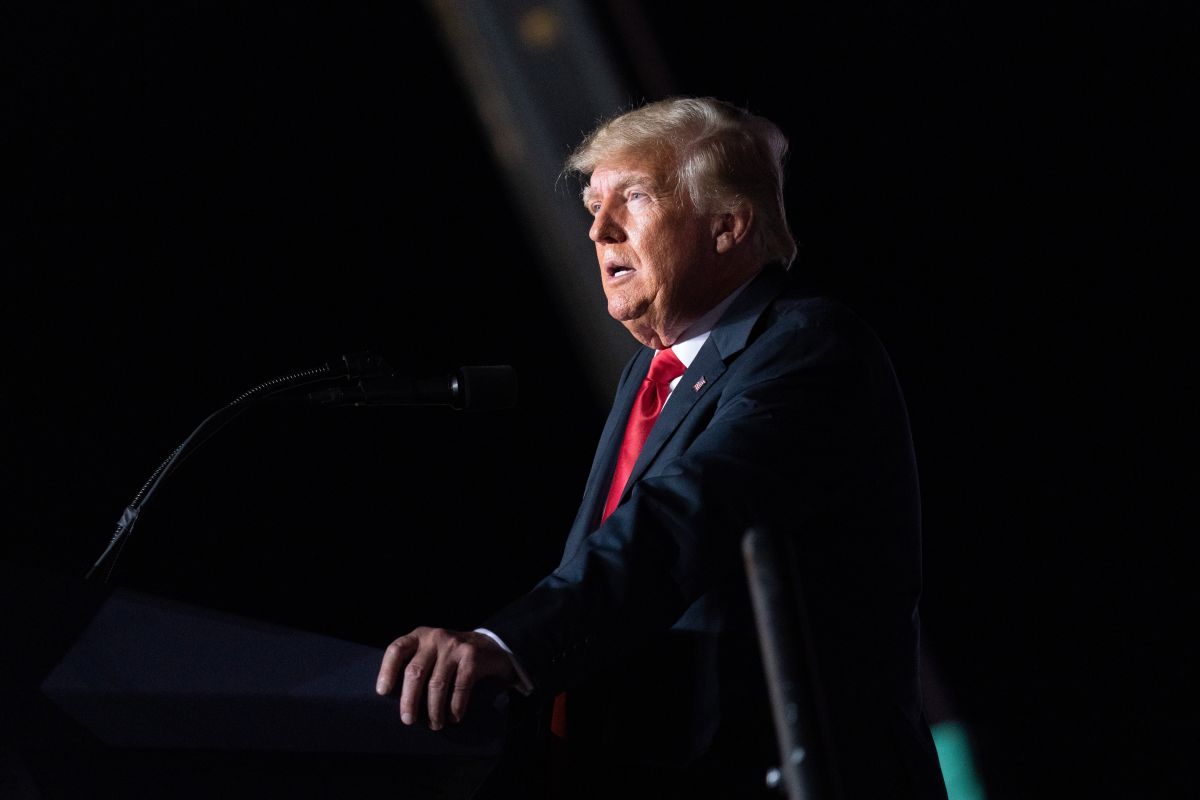 Former United States President Donald Trump. Photo: Sean Rayford / Getty Images Joe Biden stopped a new attempt by former President Donald Trump to enforce executive privilege and keep more documents out of the scope of the investigation of the commission about the assault on the Capitol January 6. This is stated in a letter … Read more