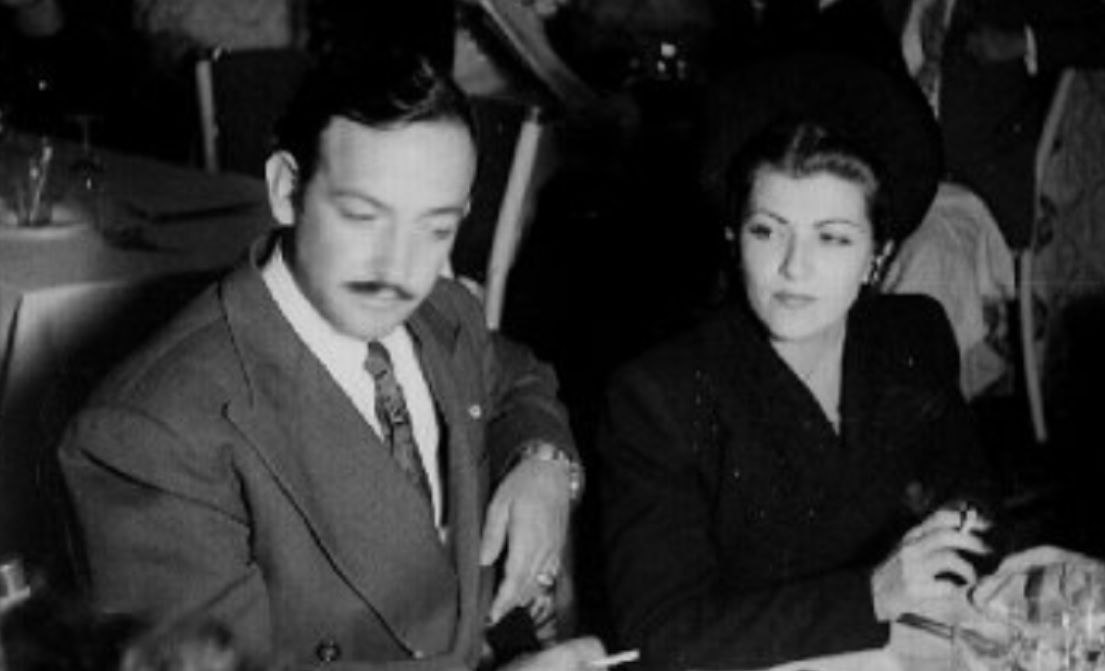 It is said that Gloria Marín was unfaithful to Jorge Negrete at least twice during their relationship (Photo: INAH) the romance between Gloria Marin and Jorge Negrete was one of the most famous Golden erabecause it lasted more than 10 years and it is known that there were several occasions in which the couple went … Read more 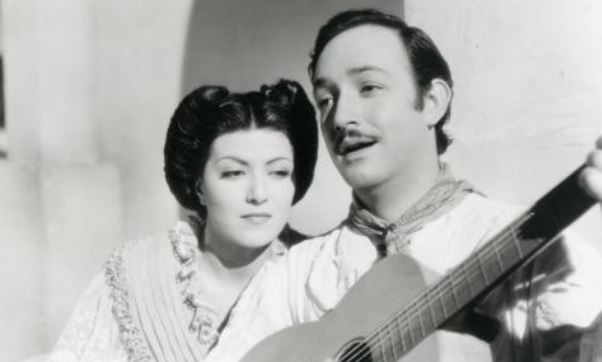 Jorge Negrete and Gloria Marín did not get married in 11 years of relationship (Photo: Twitter/@onfirecine) Jorge Negrete and Gloria Marin They were one of the most famous couples in cinema during their Golden erabecause their relationship lasted 11 years and they starred in a dozen films together, but they didn’t get married because several … Read more Jorge Negrete and Queta Lavat were great friends during the Golden Age (Photos: Media Library/INAH) Jorge Negrete Y Queta Lavat they came to work together in several films and in one of them the actr “stole” a kiss to his partner. Lavat has always boasted of the close friendship he had with Jorge Negrete, but … Read more Despite the great admiration that thousands of women felt for Jorge Negrete, there was one who rejected him during a kiss (Photo: INAH) (CONACULTA.INAH.SINAFO.FN.MEXICO/) Jorge Negrete He was one of the most sought-after actors by the female public, and even his companions admired him for his beauty, but despite this, one of his colleagues I … Read more 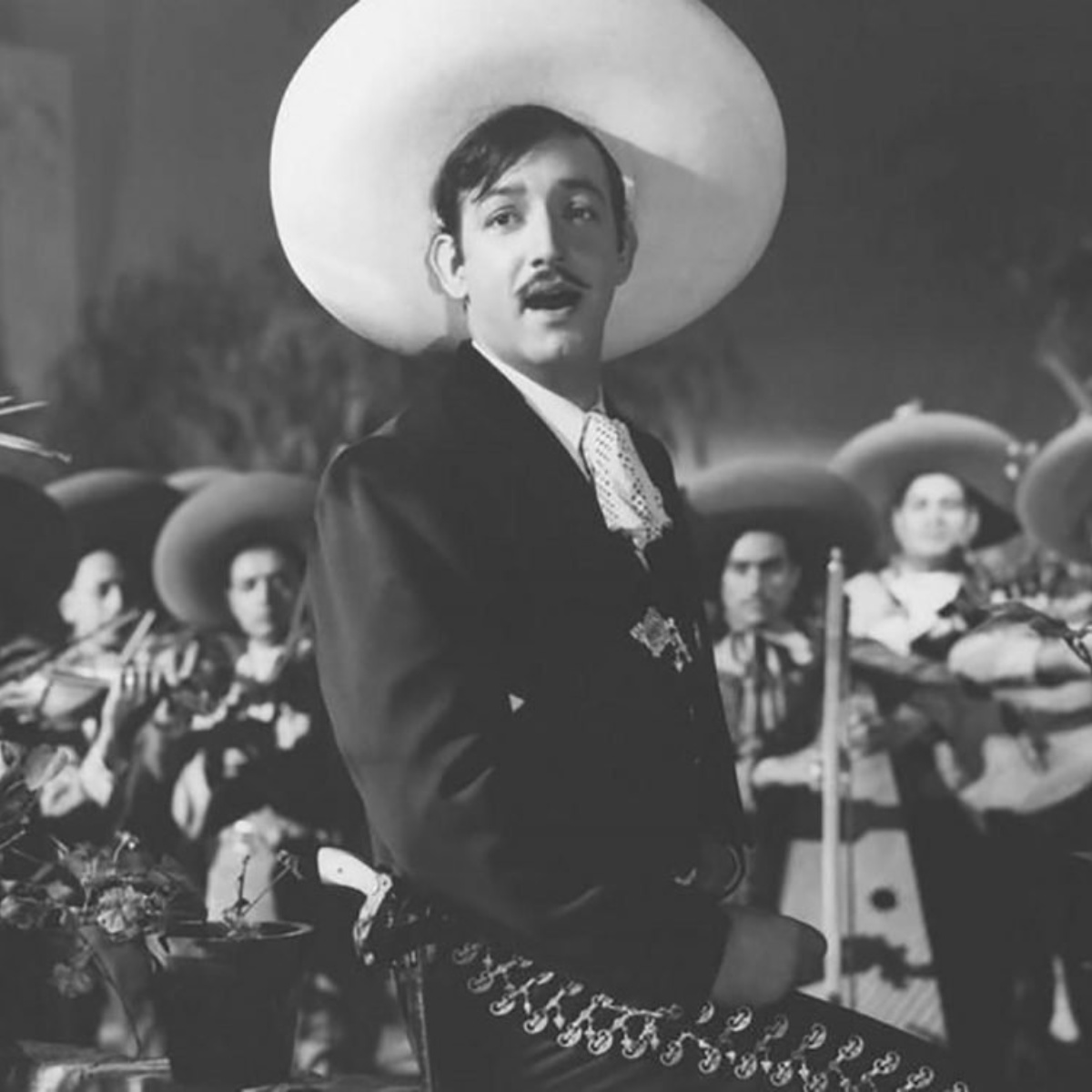 The unforgettable “Charro Singing” He is remembered by Mexicans due to his successful Mexican songs and movies, although some users have questioned who are the grandchildren of Jorge Negreteso in AmericanPost.News We share what you should know about them. And it is that, the great talent of the Mexican actor and singer was immortalized in … Read more 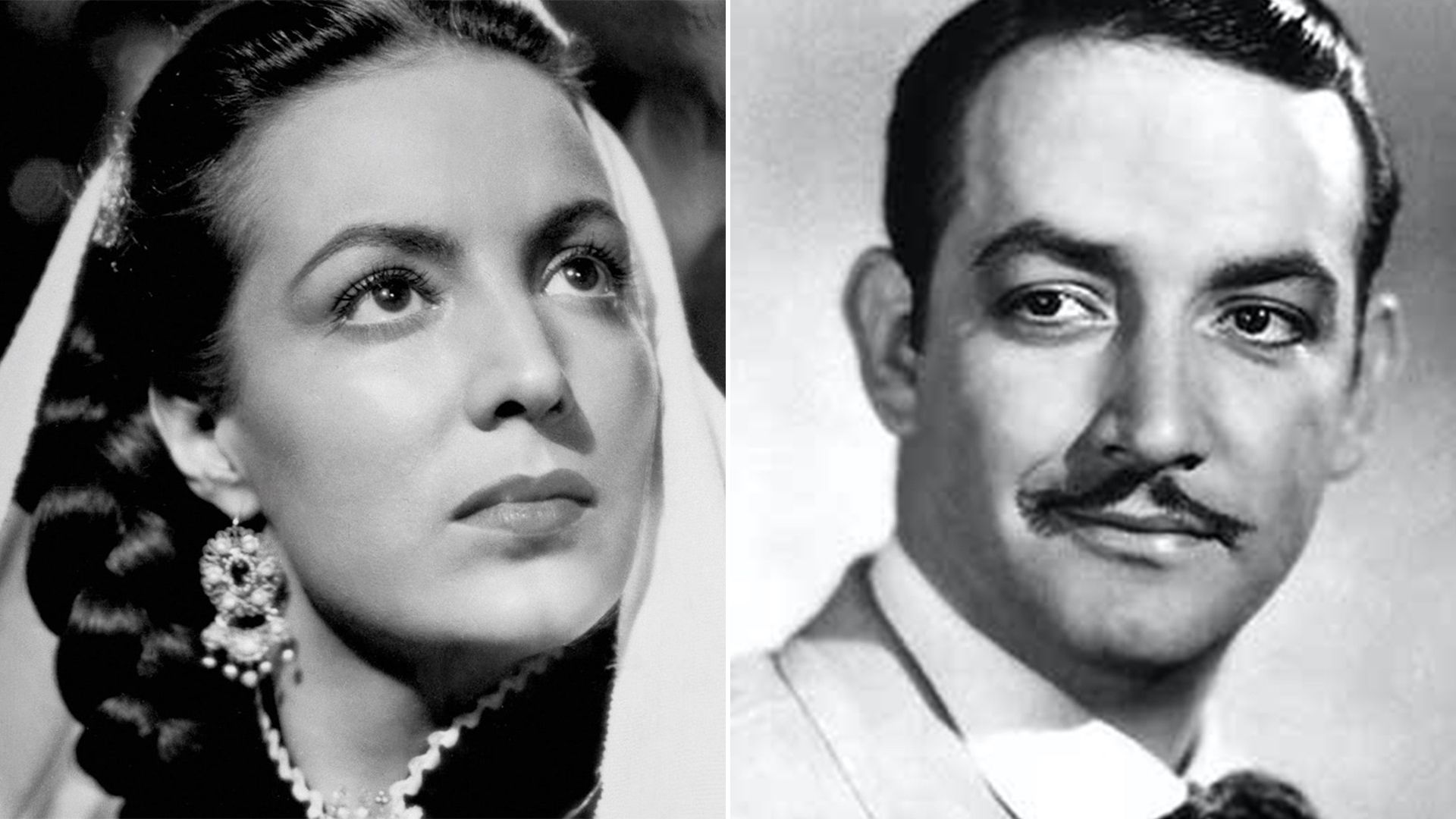 María Félix and Jorge Negrete were married in 1952 in a wedding where they sought to highlight the traditions of Mexican culture (Photos: YouTube Capture / “Enamorada” // Twitter @AntonioJoseRH) Maria Felix Y Jorge Negrete married with one of the most memorable events of the Golden era of Mexican cinema, since the couple took care … Read more 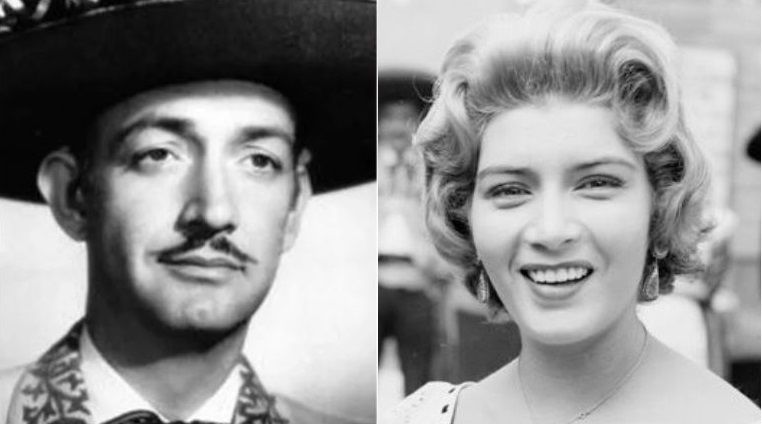 Jorge Negrete serenaded Irma Dorantes for her 18th birthday (Photos: Twitter @AntonioJoseRH/INAH) Jorge Negrete Y Pedro Infante they became such good friends that, despite Singing Charro never liked wearing serenades to women who were not his partner, one day he sang to Irma Dorantes from the street. During the filming of Two types of care … Read more 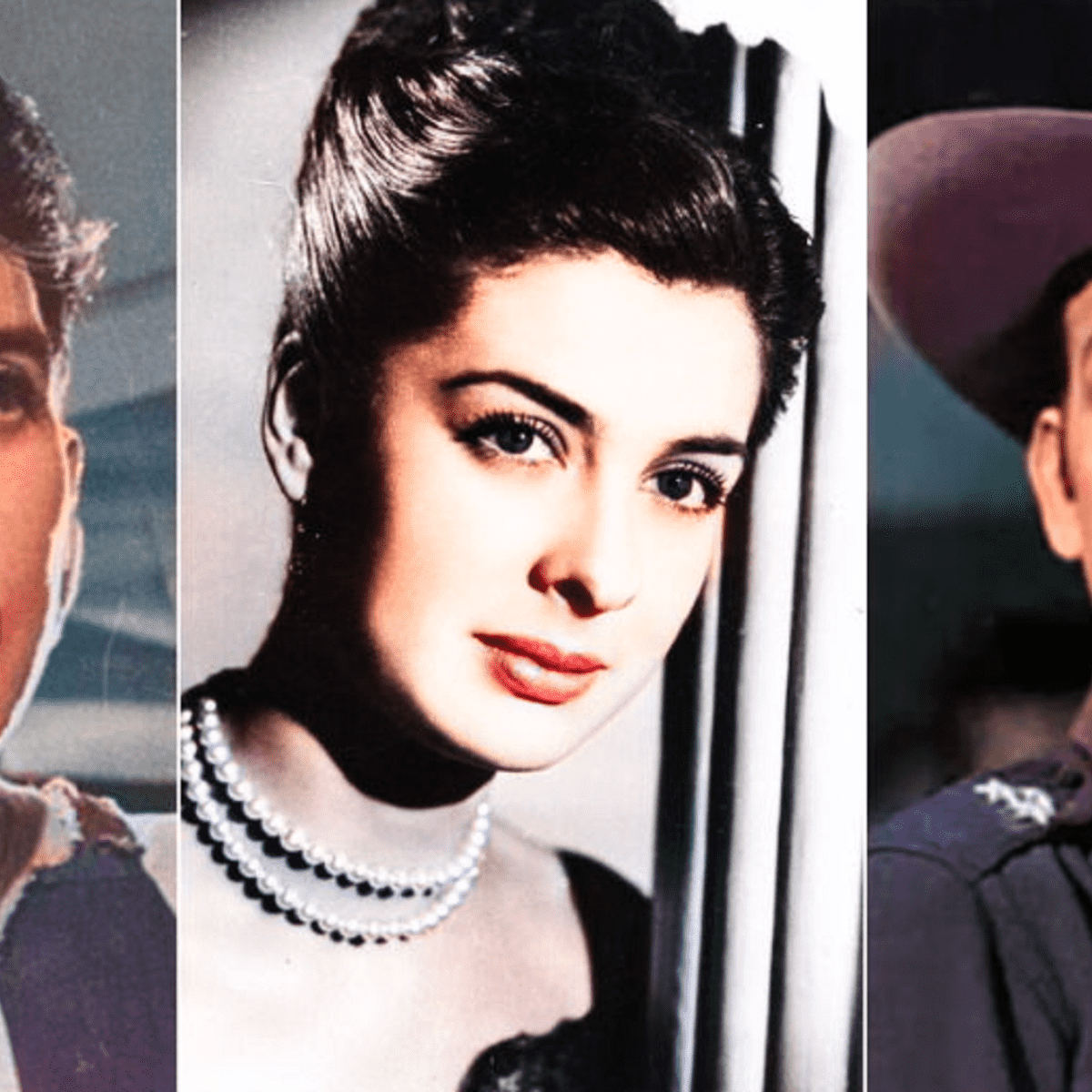 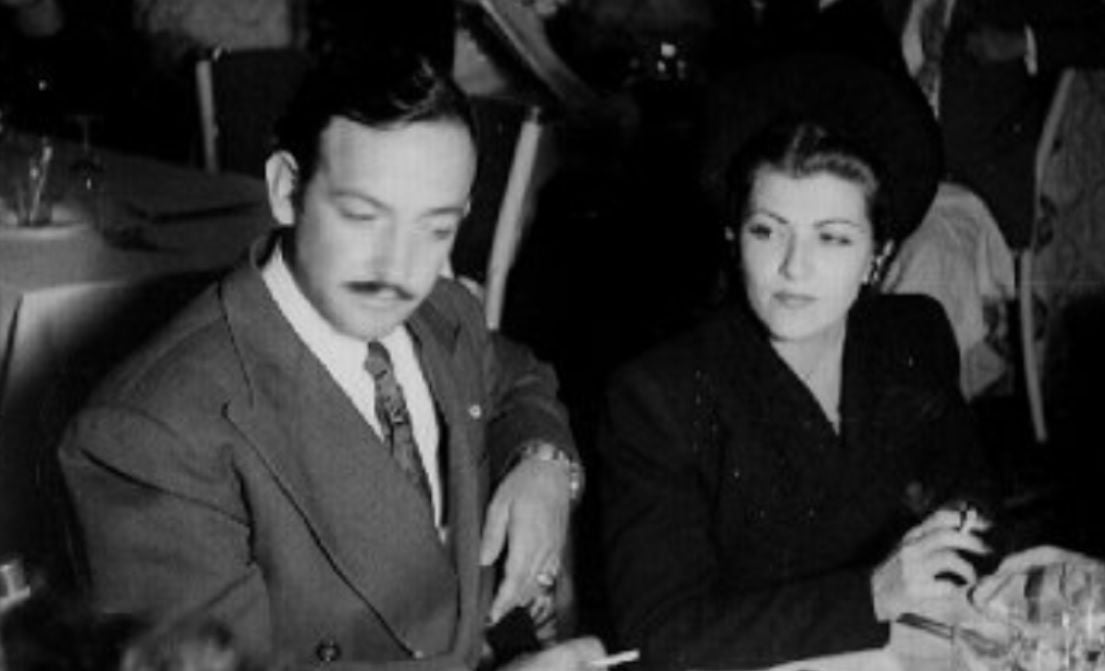 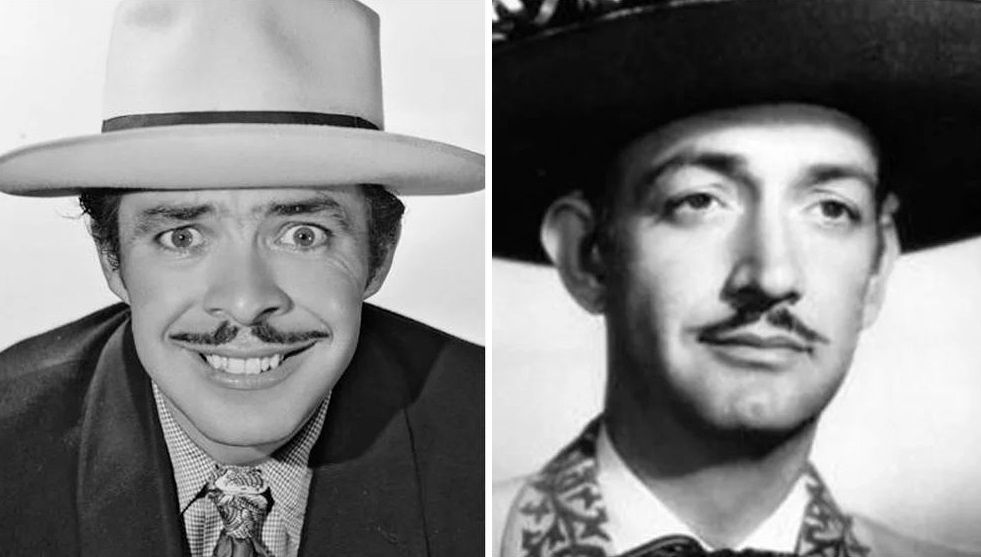 “Tin Tan” had a reason to only imitate Jorge Negrete on screen (Photos: Twitter/@cine_mexicano @AntonioJoseRH) German Valdes was characterized as a very talented comedian, because he not only knew how to sing, dance and make his audience laugh, but he could also do a very good parody of Jorge Negrete. Although Tin Tan He imitated … Read more 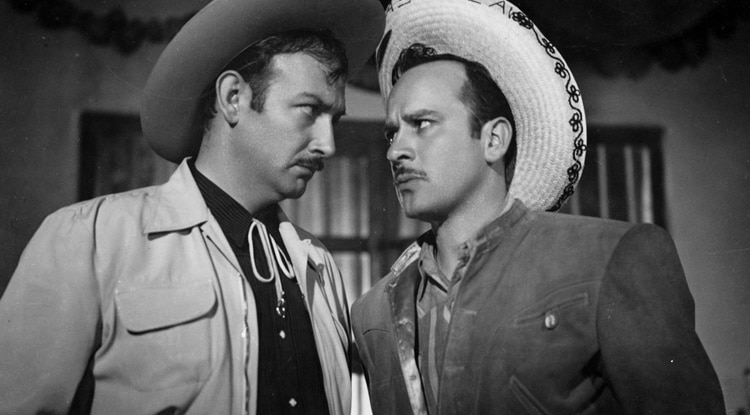 Pedro Infante asked that a corrido be composed for Jorge Negrete to honor his career (Photo: Twitter / @limberopulos_) Jorge Negrete Y Pedro Infante they maintained a friendship that was based on the mutual admiration they felt for their careers in the artistic environment. Although it was rumored about a supposed rivalry between the singers, … Read more 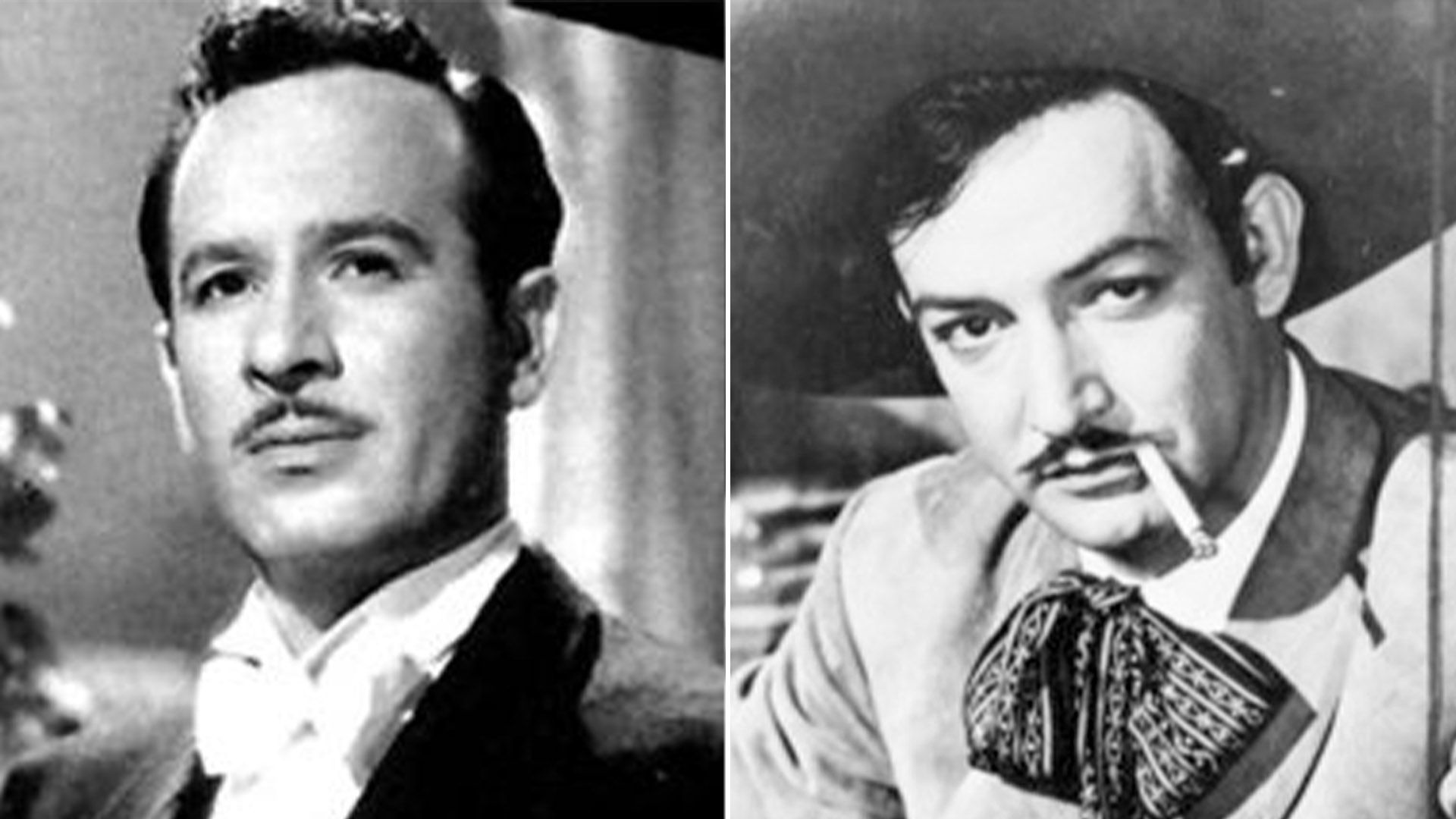 The singers were great friends, but they only worked together once (Photos: SIC México // Mediateca/INAH) For a long time it was thought that Pedro Infante Y Jorge Negrete kept a rivalry or enmity due to the fact that both catapulted their fame almost at the same time during the Golden era of Mexican cinema, … Read more 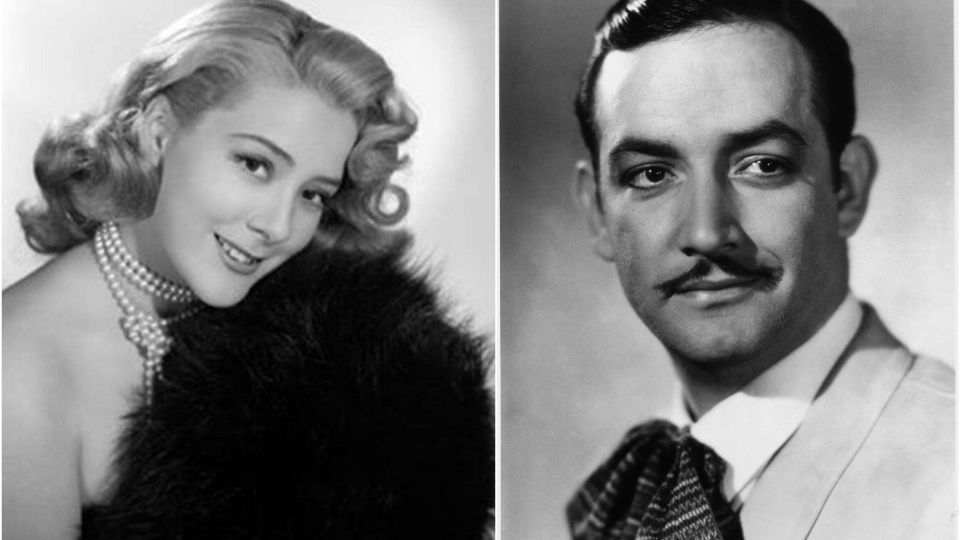 The actress has referred to the ‘charro singer’ as a haughty, despotic and rude person Photo: File Film production in Mexico has a great tradition that has not stopped since the emergence of the so-called seventh art, but it is known that the great era of the national Golden Cinema set a pattern telling stories … Read more 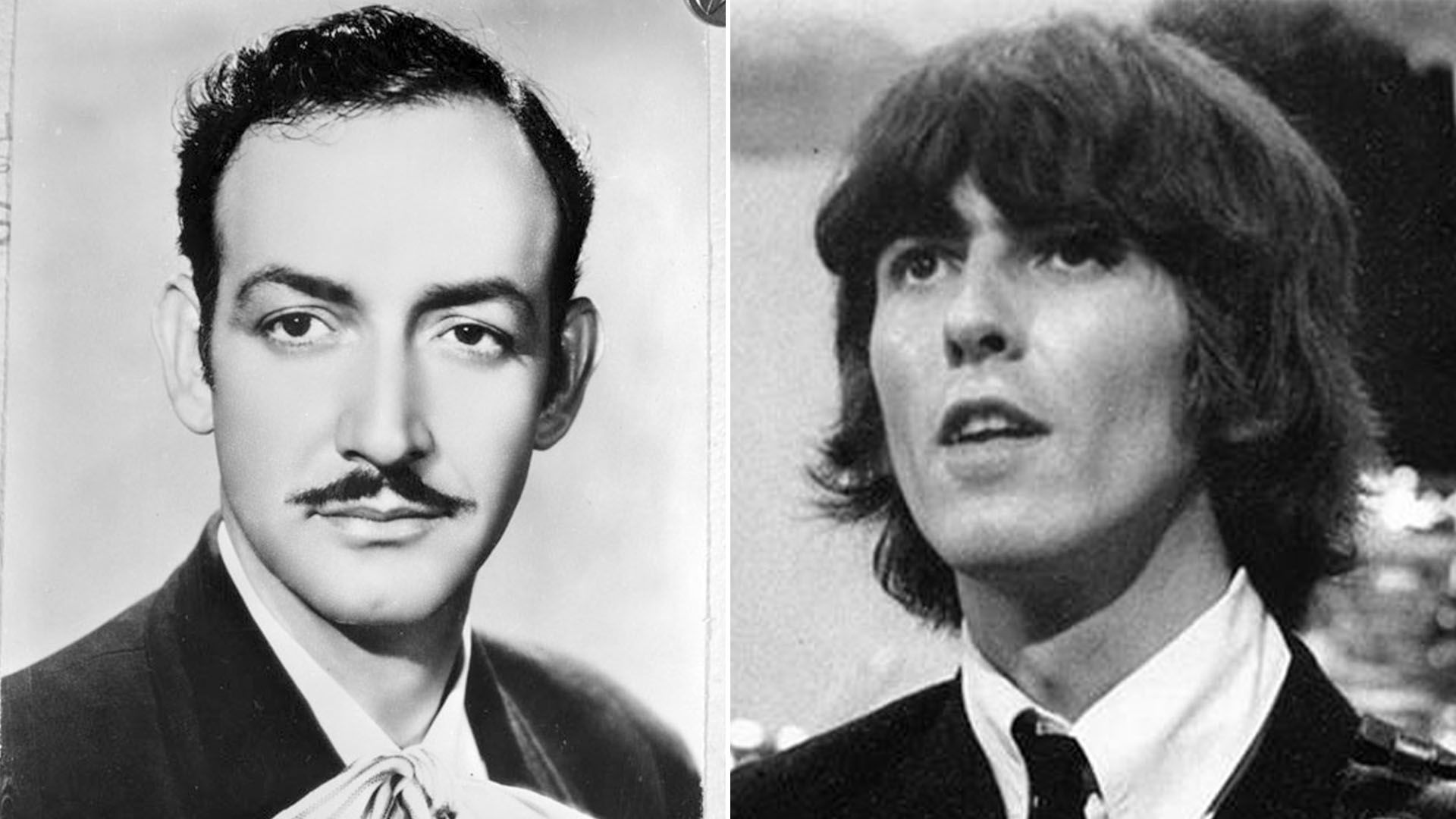 George Harrison became a great fan of the Golden Age of Mexican cinema, but mainly of Jorge Negrete (Photos: Mediatheque/INAH // EFE) Many Mexican artists managed to reach abroad thanks to the fame they gained during the Golden era of the cinema George Harrison was one of the musicians who became a fan of characters … Read more 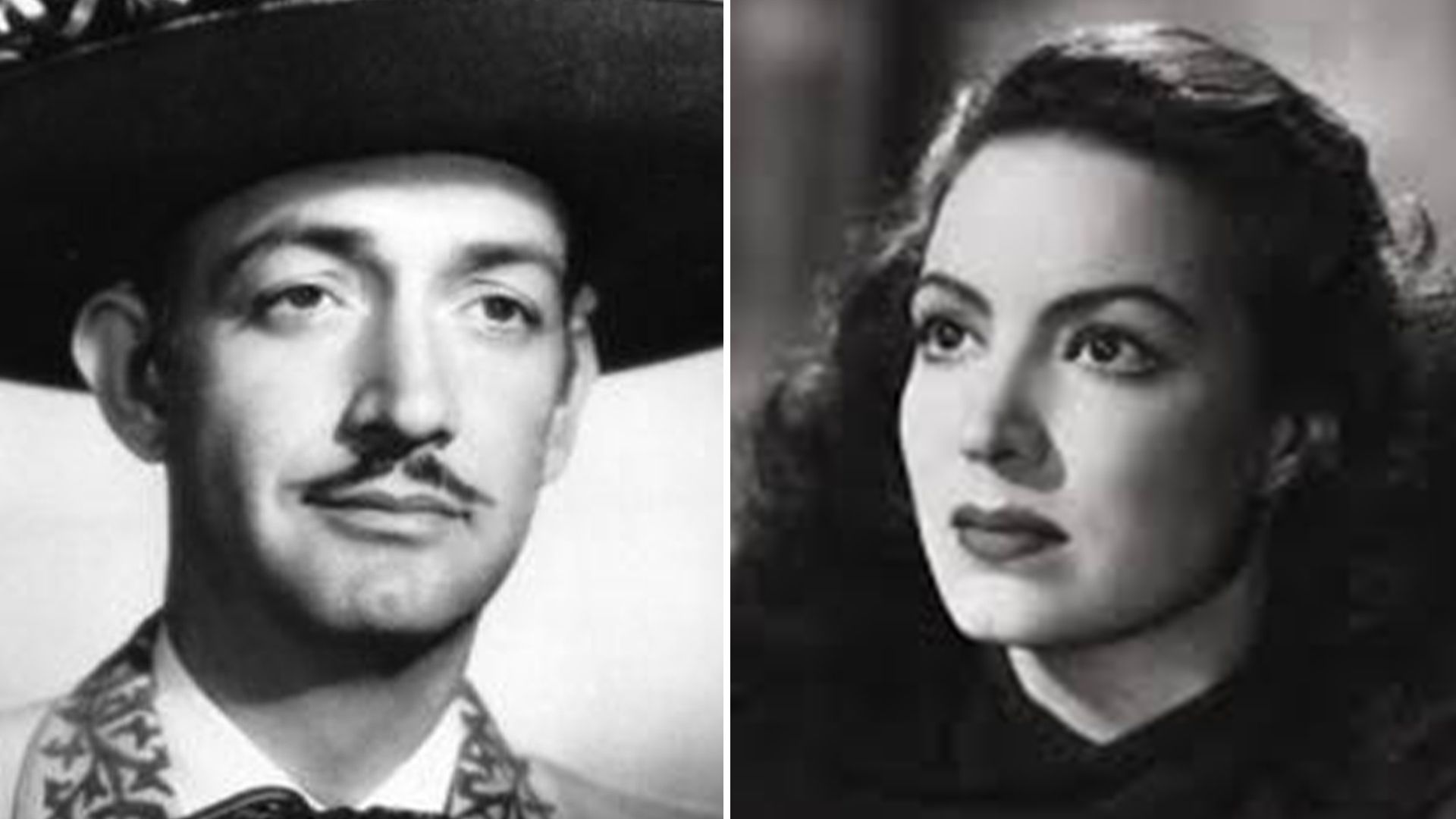 On October 18, 1952 the actors María Félix and Jorge Negrete got married Photos: Twitter @AntonioJoseRH // AFP Maria Felix She is considered an icon in popular culture, for her great performances in the Golden Age of Cinema in Mexico, and her characteristic and tough personality. On the other hand, Jorge Negrete He was one … Read more 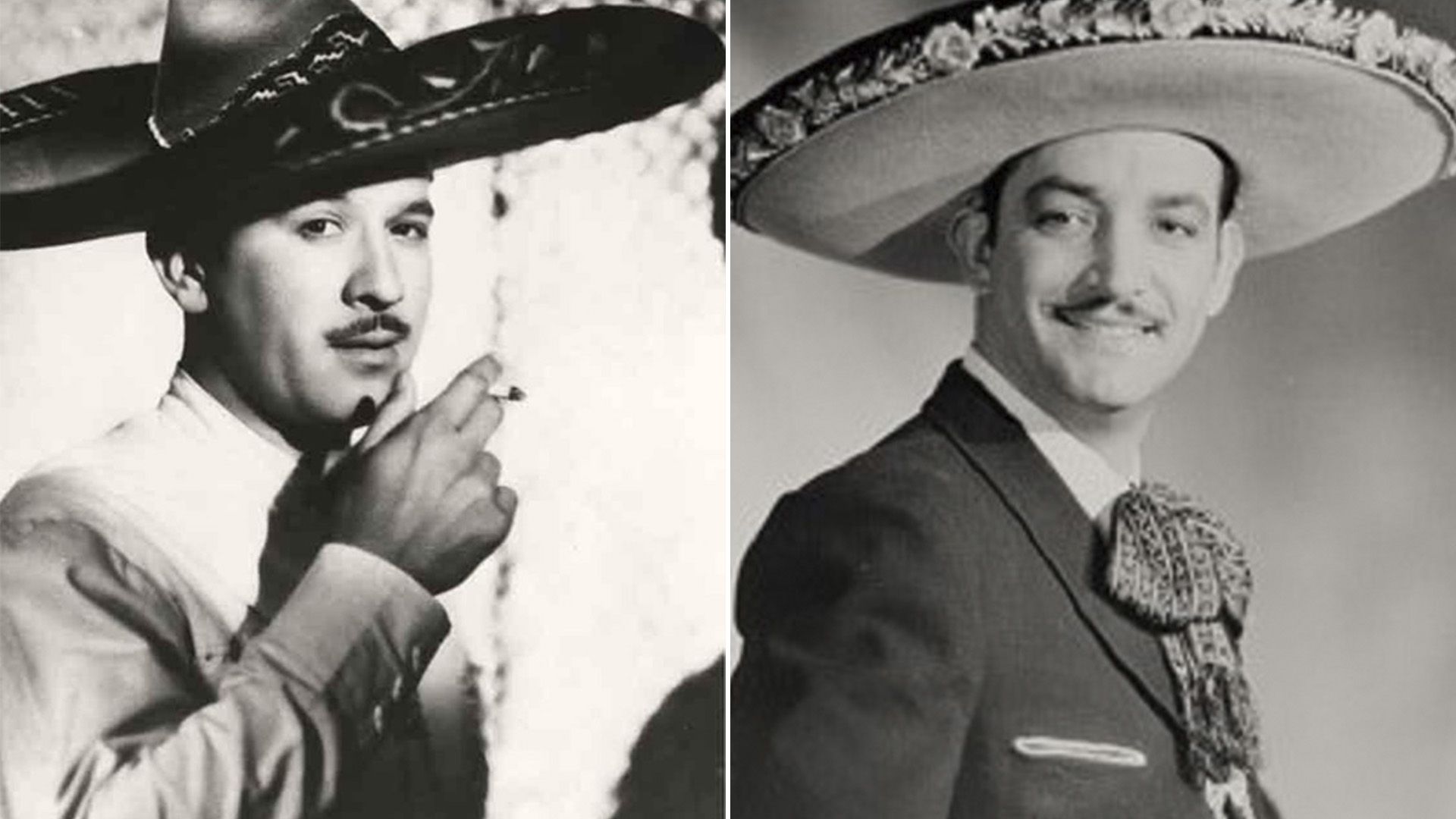 Pedro Infante and Jorge Negrete filled their followers with autographs and dedications, many of them are still preserved and have allowed a glimpse of what their lyrics were like (Photos: INAH) Jorge Negrete Y Pedro Infante They were two of the most important artists of the call Golden era of Mexican cinema. Both passed away … Read more