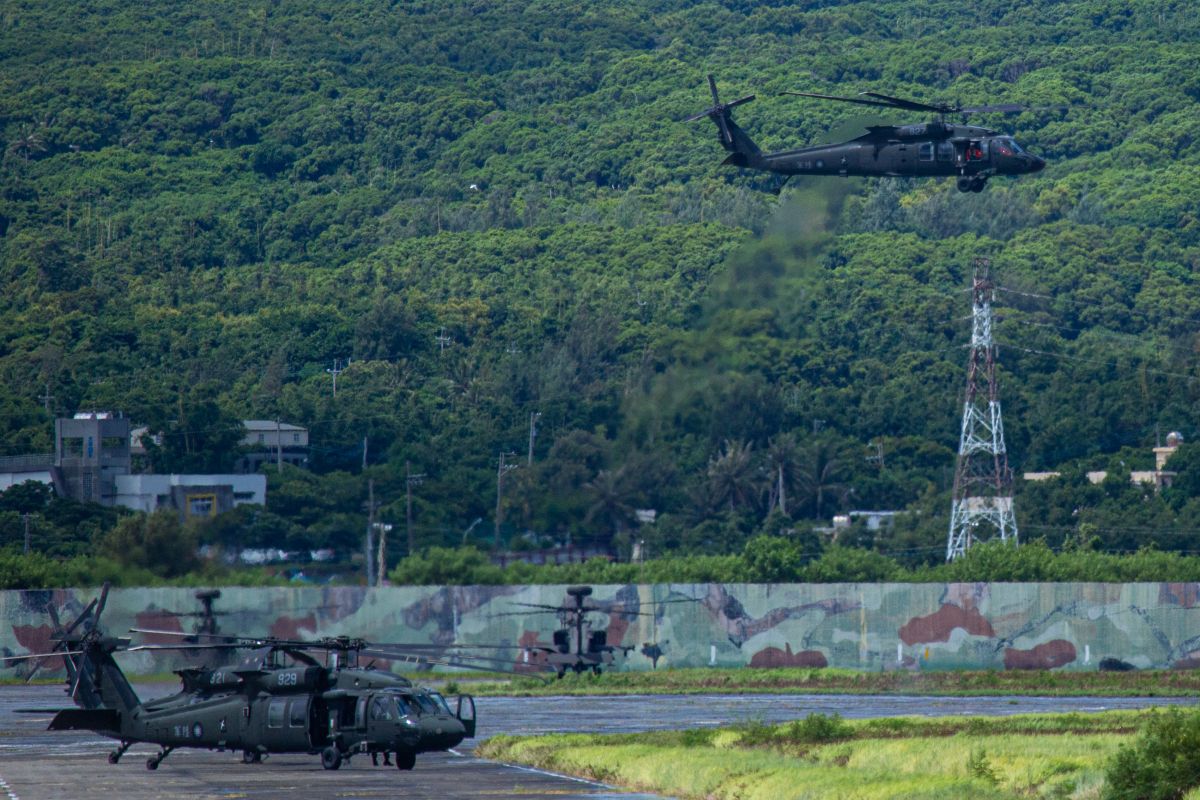 A total of 22 planes and six Chinese military ships carried out raids on Sunday in areas around Taiwan, the island’s Defense Ministry said.

The incursions, according to a statement collected by the Taiwanese agency CNA, coincided with the arrival of a delegation of US congressmen who will meet with Taiwanese government representatives during their visit.

The legislators’ trip also comes twelve days after the president of the US House of Representatives, Nancy Pelosi, made a visit to the territory that infuriated Beijing.

According to the military ministry, ten of the Chinese planes crossed the middle line of the Strait of Formosa, which in practice is an unofficial border tacitly respected by Taipei and Beijing in recent decades, but which has been crossed in recent weeks by armed forces. Chinese during military exercises.

The island’s air forces monitored the situation with naval and combat air patrols and ground-based missile systems, the ministry said.

China responded to Pelosi’s visit, which it called a “farce” and “deplorable betrayal,” with trade sanctions on the island and military exercises around Taiwan that Taipei described as a “blockade.”

China claims sovereignty over Taiwanan island that has been considered a rebel province since the Kuomintang nationalists withdrew there in 1949, after losing the civil war against the communists.

Also read:
· New US delegation travels to Taiwan in the midst of the crisis with China
Nancy Pelosi affirms that the United States will not allow China to isolate Taiwan
The White House summons the Chinese ambassador due to the tension surrounding Nancy Pelosi’s trip to Taiwan