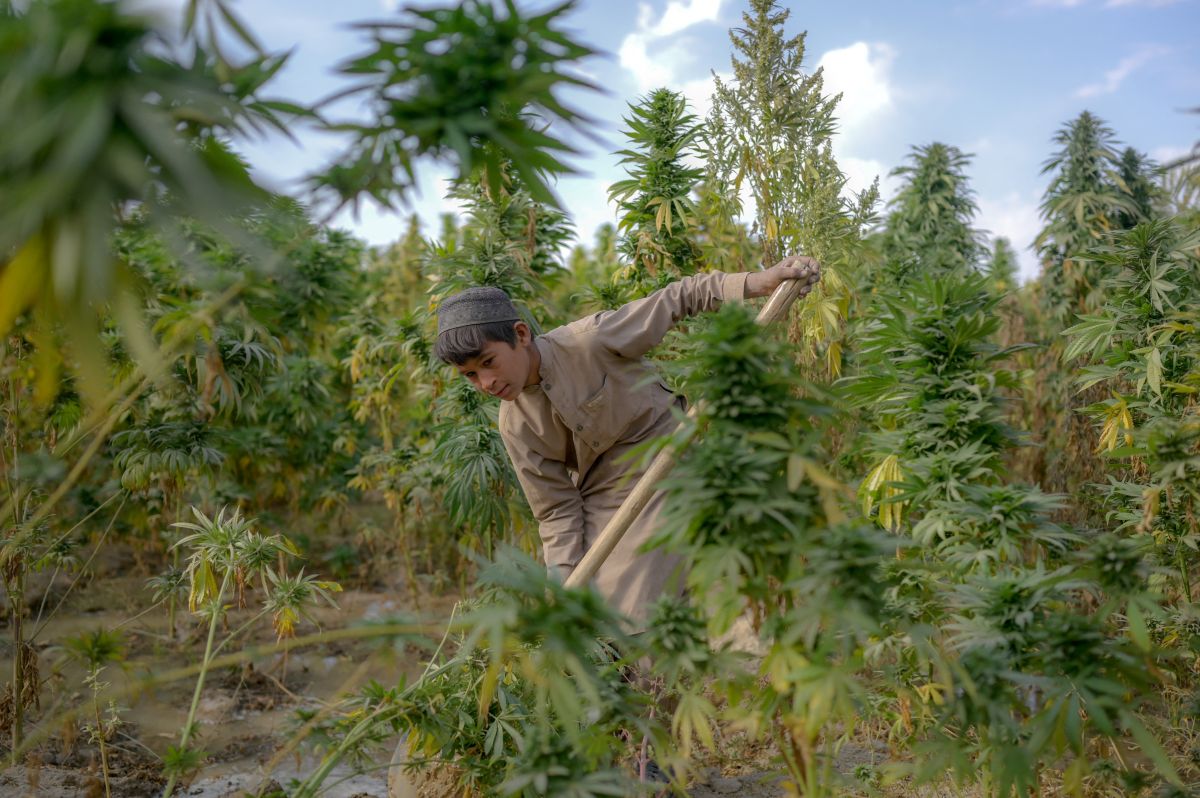 The Taliban got their first trade deal as a legal drug dealer since they took control of Afghanistan to trade medicinal cannabis crops to Australians.

The militant group, which collected taxes from drug traffickers to finance its successful bid to regain power, signed an agreement with a company to invest in a marijuana processing center in Afghanistan.

Despite bans on drug production, drug markets are freely traded

The project will give the pharmaceutical company Cpharm, based in Sydney, which produces medicinal cannabis cream, access to huge Afghan cannabis crops.

The Cannabis is illegal in Afghanistan, but authorities are generally ignorant and they take a part of the profits.

Afghanistan’s deputy narcotics minister met Tuesday with a representative of the Australian company that promised $ 430 million, according to the Afghan news agency Pajhwok.

After regaining power in August, the Taliban vowed to ban drug production.

But for farmers in the cannabis and poppy fields of Helmand and Kandahar, nothing has changed, and the traders also operate openly.

Afghanistan is the world’s largest opium producer, a major cannabis producer and an increasing production of methamphetamine.

Afghanistan’s provinces are dotted with iron, copper, gold, coal and other deposits estimated to be worth around $ 2.6 billion, according to the nation’s Ministry of Mines.

In 2010, an oilfield with an estimated 1.8 billion barrels was discovered which is estimated to be worth around $ 133 billion USD.

The war-torn country is also believed to have one of the world’s largest deposits of lithium, an essential but rare component for battery production in the global boom in electric cars.

But most of Afghanistan’s mineral wealth has remained in the ground after decades of bloodshed, which means that the Taliban leaders could now reap a huge fortune.

With the country now under their control, the Taliban could take advantage of this extraordinary wealth by selling lucrative contracts to other countries such as China.