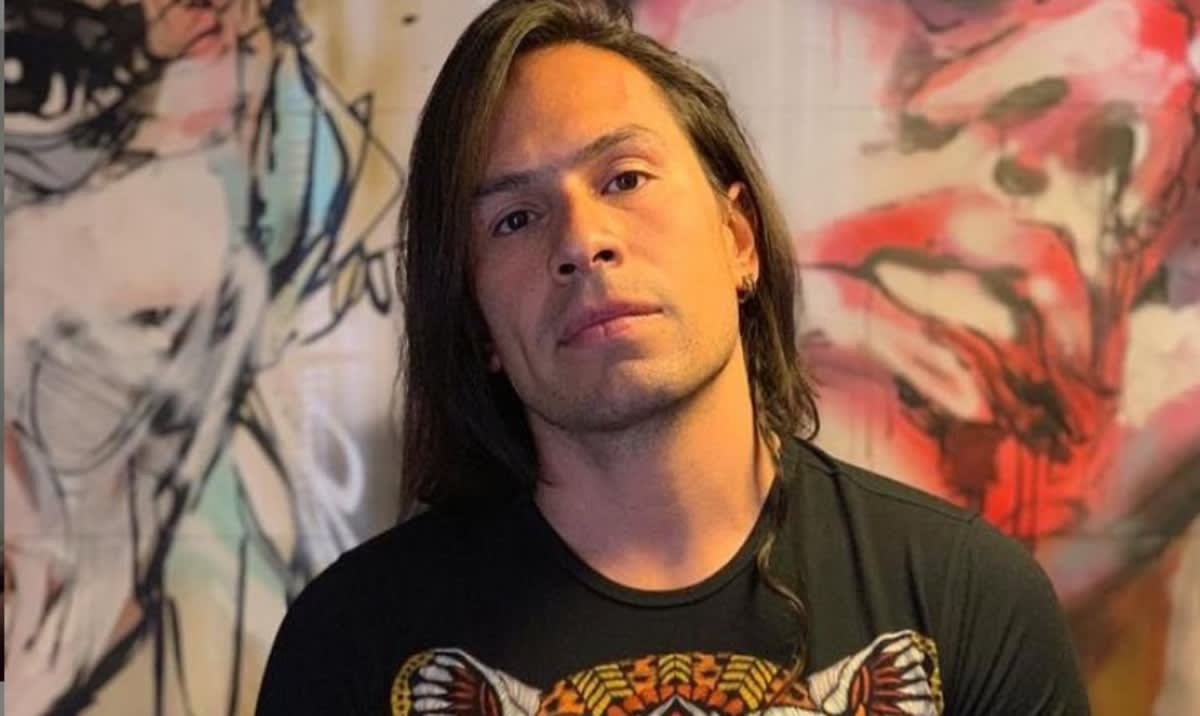 Horacio García Rojas Cry Male. The Mexican actor Horacio García-Rojas participates with the antagonist role in “Cry Macho”, a feature film by Clint Eastwood that will be released in theaters next month in September and simultaneously on the HBO Max platform. Along with him, Eduardo Minett and Natalia Traven complete the Mexican team of the film directed by and starring Eastwood, who regularly has new talents in his films.

“It is one of those people who continue to be there because passion calls them. They decide to continue telling stories because it is what they are passionate about and what amuses them. Although I have my years of experience, I still have a way to go and I want to reach 70 with that vitality, “said the leading actor of the Netflix series” Diablero “about his experience working with Eastwood.

Along with this project, Horacio is actively working against racism with the “Poder Prieto” movement, as one of the most powerful and active male voices in conjunction with names such as José Aguilar, director of Racismo
MX, Maya Zapata and Luna Maran; and as part of the actions to follow up on his speech, they released this Wednesday, August 11, the video of the initiative

Horacio is currently promoting the new TV series “SOZ Soldiers or Zombies”, which is now available on Amazon Prime Video. Now the Mexican speaks exclusively to Hispanic World about this new project in his artistic career.

“The film arrived at a crucial moment for everyone in the midst of a pandemic, for the audiovisual media it was a stage of great uncertainty because we did not know what the future was going to be, we did not know how long the cinemas were going to be closed. When we were all locked up living visual art ”.

“At that time I had to do the casting for this Clint Eastwood movie. After a few weeks they talk to me and tell me that Clint loves me. In November, it was a very strong stage of the pandemic in a bubble that was created in Albuquerque, New Mexico to be able to take this film forward ”.

Horacio García Rojas Cry Macho: What is it like to be under the orders of Clint Eastwood and share the scene with him?

“I have two cases that have touched me very important are Ignacio López and him who are like these two from the old school that are made of another wood that is extremely resistant and moldable, they decide how to make themselves available to young people, like Eduardo Minet he This is you for you with a 14-year-old boy who made his first film and you see them there ”.

“Especially when I saw him work with Eduardo, he said there is a disposition and a humility of this man, who with all his career is there for a 14-year-old boy and the boy was also there for him. He is a guy who is very clear about things, he has one thing that I like about Clint, he has a family that surrounds him, his team, his production house like his family, that’s why the man can make a movie today and another in two years ”.

“The issue of migration is not as obvious as in other films, it is just the adventure of a man who goes to pick up a child in Texas and has to jump the border. But the fundamental issue is the new opportunity for life, how to think in each moment is a new opportunity to rebuild or to build your life “

“In that sense, it seems to me as very necessary in the times we are living, especially the pandemic times and we hope that soon they will be post-pandemic, where we have to ask ourselves: What is the essence of the human and what do we have to do? . Seeing a 91-year-old man doing those things leaves us the task of other men to say why am I not going to do it? “

Horacio García Rojas Cry Macho: How do you feel when you are recording and do you think you could have been locked in an office?

“Appreciation for being able to make risky decisions, not only with life but with the people who surrounded me, my brother, girlfriend Natalia at that time, my parents. I remember the day they offered me the scholarship, my parents were happy and I said ‘how do I tell them’. But in the end they supported my decision, they knew that I was like a very assertive guy who was going to try everything.

“No one knew if I was going to put it together, if I was going to be able to eat from making art, but we had to give everything and also the loving people around me, they knew that I was going to try with all my heart. Thanks to them and life is a thing of taking positive risks, when you want to take a risk in life you have to be much more aware of the possibilities of error ”.

Horacio García Rojas Cry Macho: How was the interest in ending racism born?

“Individual interest was born many years ago, I remember that 5 years ago we were invited to a publication called” Pinc .. Indio “, which just talked about this offense and how we could personify it to feel proud of our skin tone. We have talked a lot about these issues, it was that we saw and that obviously they turn on TV and you see stereotypes in everything like that ”.

“We were annoyed with these stereotypes, because we also saw that in addition to perpetuating racism, from the audiovisual media, we lost a great possibility of telling other stories. In a pandemic we have a talk called the power of representation with racism and we began to realize that we had to be united ”.

Racism hides behind the joke Do you think there is hypocrisy on this issue?

“What if I would say is ignorance, I do not know which is worse, there is a part of society that does not want to see the problems that is afraid to face things. Mexican society and our education are religious and social, it has made us think that just by wishing it is, things are going to be fine. “

“That is a terrible and deep ignorance that justifies these things that they think is a joke. They are surely affecting someone and of your privilege you say so. Either it is ignorance, or it is hypocrisy and anyone consumes, anyone violent, in Mexico racism kills, discriminates, interrupts, destroys our nature ”. Filed Under: Horacio García Rojas Cry Macho

What do you think when your colleagues present acts of racism when Televisa and TV Azteca do not assimilate it?

“A famous phrase is Renew or Die and they are putting the nails in their coffin, because the world is changing, but not only and Televisa and Tv Azteca, also Amazon and Netflix have to change. Because it seemed that they had a narrative line that today is changing again ”.

What do you think of what happened to Fátima Molina?

“And there are people who are not willing to share those spaces and that is something fundamental. What happened with Fátima Molina, but apart from the feeling I feel for her, trying to detach myself from him and just see him as an artist, I admire what he did a lot. I admire the courage he had to say ‘enough’ don’t blame me for having this face ”.

“If I did not know her, I would like to introduce myself and see a novel where she is that 99% of the other actresses who have put in novels, I would feel that she is a real beautiful person, of which I as a spectator would say ‘I already understood why this tall guy falls in love with her ‘, because she’s unique and special. Filed Under: Horacio García Rojas Cry Macho

Did you ever feel discriminated against?

“Yes, many times, but I also did an acting school and studied a career in foreign trade and I began to understand that there was no point in trying. I never took a resume to TV Azteca or Televisa, I did it many years ago when I was in a theater group “

“In Tampico a group of people came and told me ‘you have a very cool profile, you should try to enter Tv Azteca’ and I went and they treated me as if I were an invisible man. They didn’t even discriminate against me, rather they made me invisible, which is another way of being racist ”. Filed Under: Horacio García Rojas Cry Macho