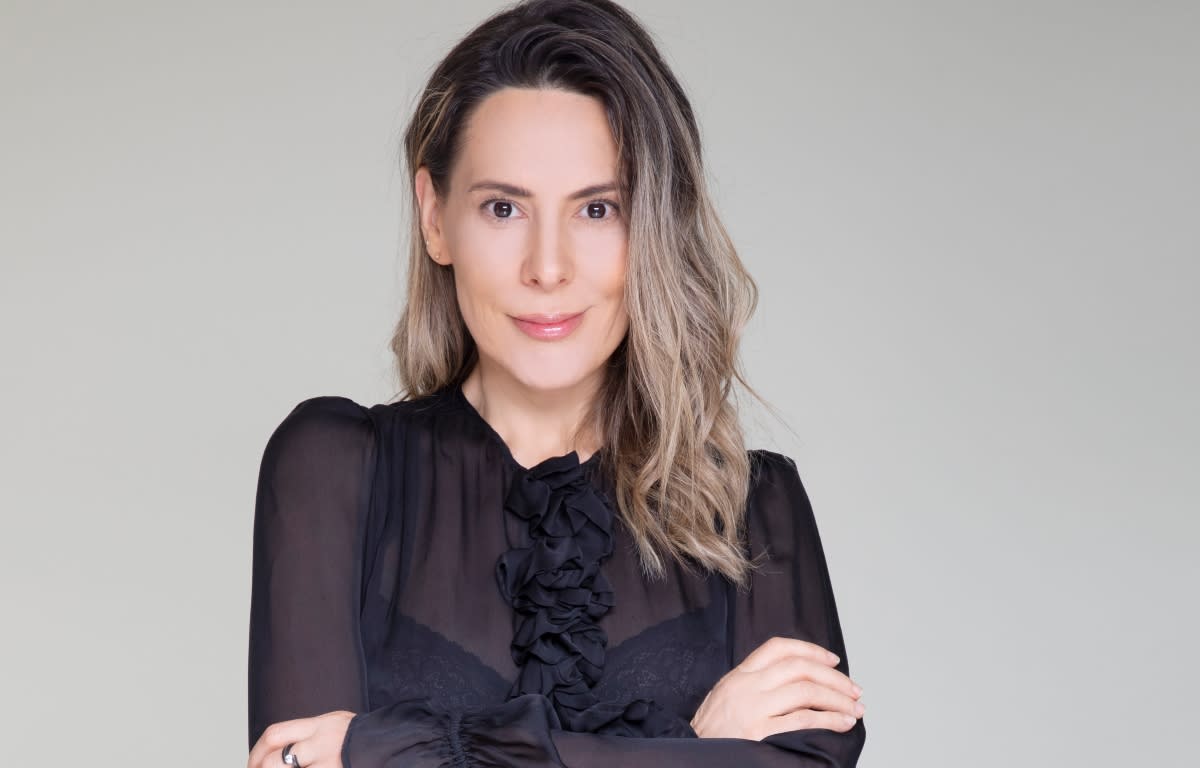 Silvia Olmedo The Game of Keys. The Game of Keys is a comedy based on the lives of eight friends, who decide to exchange partners and give their love life a spicy touch. On his website he takes the opportunity to give several tips so that people can have a lasting and satisfactory relationship.
“Sex is a game, it is to enjoy you and your partner and as such a game we can use toys. These can help you discover your corners of pleasure or those of your partner. We humans love to play and the sexual field was not going to be an exception, we like sexual games and sex toys. In fact, it is one of the most used resources to improve our sexual life and they are also used therapeutically, as in the case of chemotherapy sequelae ”, he says on his website.

In addition to her work on television, Silvia is dedicated to research on physical, mental and emotional health issues. She was a member of the editorial board of Women’s Health magazine, collaborates with various NGOs such as México Vivo for HIV education and prevention, and belongs to the Vive Consciente steering committee that fights cervical cancer and human papillomavirus. She is also a renowned lecturer.

Silvia Olmedo is a psychologist and sexologist, she usually reveals the keys that we must consider so that the flame of passion does not go out in a relationship. Taking advantage of the premiere of the second season of “The game of keys” that will be broadcast by Pantaya, the expert speaks exclusively to Hispanic World about this new comedy.

“Not only do I agree, what I liked about the series is that it goes beyond a catalog of things that you are going to learn, you go to a personal introduction as a woman and the reality is that if you want to explore your sexuality. Society still penalizes us more, because we have more to lose.

“Having a free sexuality in women has worse consequences than men, unfortunately. To me, beyond everything that happens in the series, I believe that it is very important for men to see this series, because they are going to realize the desires of the women that we do not speak about.

Silvia Olmedo The Game of Keys: On the relationship as a couple

Why don’t we talk? Because they penalize us, many men think ‘my partner doesn’t like this’. If you watch the series, most of the topics it touches are experiences and tactics that at least your wife has raised in her head. Many of the important relationships with your partner are broken, because your partner stops being your accomplice to become your mother.

If you watch this series you have to remove the filter of judging and learning and deciding what things would help you in your relationship and things are not going to help you, but put it on the table, because maybe if you see it with your partner what can happen to you in The Game of Keys is that your partner says there is that rich and why haven’t we done it ?. If what happens as a couple is only two and we are accomplices and that can unite us and as the Game of Keys says, one of the transcendental part of the relationship is the game.

Silvia Olmedo The Game of Keys: Who is mentally not ready?

“The vast majority of people are probably going to see it and only have ideas, but some can happen to them like Mayte in the series. You have to make decisions that are painful, but that deep down make you a more faithful person. The hardest thing is coming out of the closet ”.

“There are small taboos that are handled like intimate relationships in pregnancy. I love conflicts between the ages, there is something that nobody talks about. Older women, many like younger people and that in the case of women is seen more ”.

What do you think about people being more at risk of cheating?

“I was unfaithful to my partner, I kissed another boy and he left me, the issue of infidelity is something that is not talked about, that we should all take into account, first for me there are certain tactics which is infidelity, that imply complicity with another person at a level that only I can have with my partner ”.

“For me it is more difficult and painful for my partner to be texting for three hours a night with someone they know and sharing my life or my relationship secrets with someone else than to kiss them. You have to define what infidelity is for you and there must be a very clear agreement that this series of acts implies breaking a sacred pact. Filed Under: Silvia Olmedo The Game of Keys

“You have to understand that now it is much easier to be unfaithful. Being faithful right now is much more difficult, as it is more difficult to eat healthy, because we are constantly being bombarded with foods that have a lot of sugar and we are programmed to take the sweet. Just as we are programmed so that if someone makes us handsome or pretty, we have a sexual desire for that person.

95% of the time I am not going to go for that candy that is full of sugar, if I do it once, is it wrong? Yes. If you constantly have people who are showing you their body, they are offering you support, it always appears on the networks when you get angry with your partner. That person is always there and is on the lookout for you to have a conflict with your partner, to catch yourself in this area of ​​vulnerability and have that person hug you ”. Filed Under: Silvia Olmedo The Game of Keys

“If it is more difficult to be faithful”

“She is going to look at it whether you realize it or not, the drama is liked and the other follows it too, there is a way of communication. Or when that woman is his fantasy and it is with you, it is more difficult to be faithful, but we also have to be more aware than in a world in which all relationships are very superficial, in which we have a million friends, but when we cry sometimes we are alone, a strong relationship can have small mistakes and sometimes they are worth forgiving ”. Filed Under: Silvia Olmedo The Game of Keys

Did you want to say something to your dad?

“I have not seen my father again, I dream about him but already in lucid dreams, I dream of my father, but so that he can give me solutions to problems. In my case, what I do is force myself to dream about things, and one of the things I do forces myself to get into dreams that relax me within the dream ”.

“Because I have noticed that right now with so much noise, it is harder for me to find my peace and sleep like this and it is working very well for me. I think about the Game of Keys it is a trigger to talk about it as a couple, there is something that is important on the subject of applications as a couple ”. Filed Under: Silvia Olmedo The Game of Keys