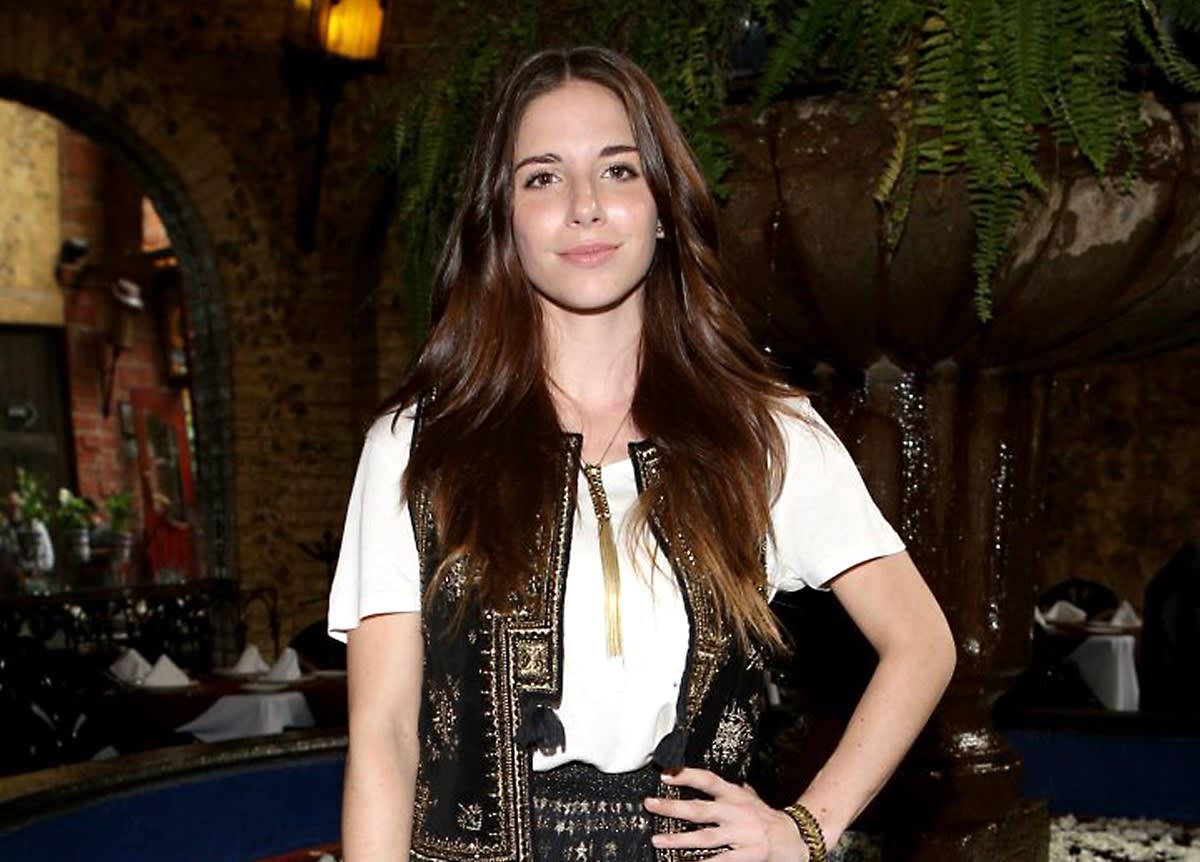 Macarena Miguel La Desalmada. Macarena Miguel Busto is a Mexican actress who has stood out on Mexican television. Her career starts from a very young age. At the age of 3 he was already part of several projects of the Televisa network, one of the largest television stations in Latin America. Now he speaks exclusively to Hispanic World about his participation in the Telenovela “La Desalmada”.

The Mexican plays a beautiful, confident, dreamy and somewhat lazy woman. She was orphaned at the age of five, when her parents died in an accident. He has grown up with Pachita, his grandmother, with whom he has generational and value differences. She is addicted to cell phones and to fashion. She falls in love with Piero and hopes to marry him soon, no matter how little they know each other.

The story of this Televisa telenovela centers on Fernanda, a simple, noble young woman who loves the countryside and animals. She marries her beloved boyfriend, Santiago, to start a new life in Ichámal, the beautiful town where he lives. His happiness only lasts on the wedding night as Santiago is brutally murdered by a group of hooded men.

Minutes later, Fernanda is raped by their leader, who after leaving her seriously injured asks one of his hitmen to kill her. Fernanda miraculously survives and is rescued by Luis and Juana, Santiago’s best friends. Fernanda takes refuge in the ranchería of her father, Calixto, who slowly dies when he sees the suffering of his daughter.

Macarena Miguel La Desalmada: Tell us about this new experience

“The experience I had with the production of Güero Castro was wonderful, they treated me incredible and we had a great time. A work team was really formed that was a family, because they spent many months working together. It’s a top-notch cast, I didn’t know what to expect with so much celebrity. “

“The truth is that it was incredible to meet wonderful people, actors that I already knew were wonderful, but when I met them I realized that they are very generous and unique people. I deeply appreciate being able to be in a project like this ”.

Macarena Miguel La Desalmada: Tell us about your character Mary

“She is a girl with many aspirations, she is very innocent as you may have already seen and as you will see the rest of the novel, but at the same time she is very rebellious, she wants to go out and she wants to know the world, she wants to have more with what she grew up with. I think it is very interesting and we can see that not only in Mary, but in each character in the novel, that is part of the success ”.

Macarena Miguel La Desalmada: What do you think of Güero Castro’s main objective?

“I think it is very successful, it succeeded and the audience and the success it is having not only in Mexico, but in many parts of Latin America, also in the United States thanks to Univision reflect it. I think people wanted to return to this classic novel of seeing horses and farms, this passion and this infatuation ”.

“But at the same time with more current characters, more armed without having this validity of white, black, good or bad. We really see real characters and people going through certain things that make them act a certain way. In the end I think it is a success and it is being reflected ”.

Macarena Miguel La Desalmada: What advice has Ana Martin given you?

“Ana told me ‘take advantage and earn everything you can right now, then you get a little tired and you don’t have that much energy,’ I told her that’s precisely what I’m going to do. On the other hand, in the acting part, it helped me a lot, working with people with so much experience ”.

“Ana’s thing is a first level actress that I am grateful for having acted with her and making this dumbbell as beautiful as Mary and Pachita are. At the acting level I always say that it was an acting master class every time they said action, seeing certain things that helps a lot. I have a long way to go, I am very young and I have a lot to learn ”.

Macarena Miguel La Desalmada: What do you think that Güero Castro is competing with his own daughter?

“Touching issues so current and so important that we are living as a society today I think is one of the great changes. I feel like they put on a bit of makeup on these issues. Being on broadcast TV they took care of each other a little more than they were talking about. It is also important to do this step and evolve a little, because we are competing with platforms, before they did not exist, but now a giant spectrum has opened in which we have to evolve ”.

What do you think of working with Livia Brito?

“I think exactly like Güero, in the end they are my co-workers, today their personal life as well as ours, a division has to be made and one part is personal life and the other is professional. I respect a lot, the truth is I don’t know very well about gossip because I’m not reading this kind of thing ”.

“But if I can tell you that Livia is a great partner, I loved working with her and I would love to do it again and on the other hand having a multicultural cast helps and I think everything is profit. If they have the talent, I don’t see that it is wrong that there are Venezuelans, Cubans and Argentines. At the end of the day those who add up are the actors and the talent that one has, not so much the nationality ”. Filed Under: Macarena Miguel La Desalmada

Tell us something that nobody knows

“I did not have to record on top of any horse, but if it was dangerous, Lalo actually fell off the horse once and if he injured his knee, fortunately all was well. But when I was filming in the middle of nature with horses and animals that are half domesticated, but they are animals, that was one of the things that was complicated ”.

“The climate too, they were very extreme climates, it was extremely hot, the rains did not delay much because we started in the middle of the rainy season, but in general the effort that was made to show landscapes, horses, farms and this theme so Mexican and so beautiful that on screen he looks beautiful and people are also what he likes ”. Filed Under: Macarena Miguel La Desalmada

Do you think acting was already in your destination?

“Definitely, I think I was fooling myself and someone put me in the path of casting Violeta, which was what really brought me back to acting. I had decided not to be an actress, I didn’t like being one, these are things that we say as a teenager without thinking about what one wants, we let ourselves be carried away by circumstances that in the end we get a giant twenty when I was working in Buenos Aires ”.

“If I had chosen a complicated career such as architecture, I spent three months trying to combine the two a bit, obviously I could not because architecture is very demanding as well as acting. What I did was to withdraw from Architecture with all the pain and I went to study Industrial Engineering online, which was what allowed me to continue with my career as an actress ”. Filed Under: Macarena Miguel La Desalmada

What can viewers expect from Mary?

“The character of Mary takes a huge leap, grows a lot, in Mexico we are almost at the end, we have a month of novel left and it is going to grow a lot. Very interesting things are coming, they also last very long for her and I think they will enjoy it ”.

“Mary in the end has to go through very complicated things and very difficult situations, but I think her character helps her a lot. Obviously I cannot tell so much, so I can only tell you that Mary has a very great importance in the story at the end and they are definitely going to become even more fond of her ”. Filed Under: Macarena Miguel La Desalmada