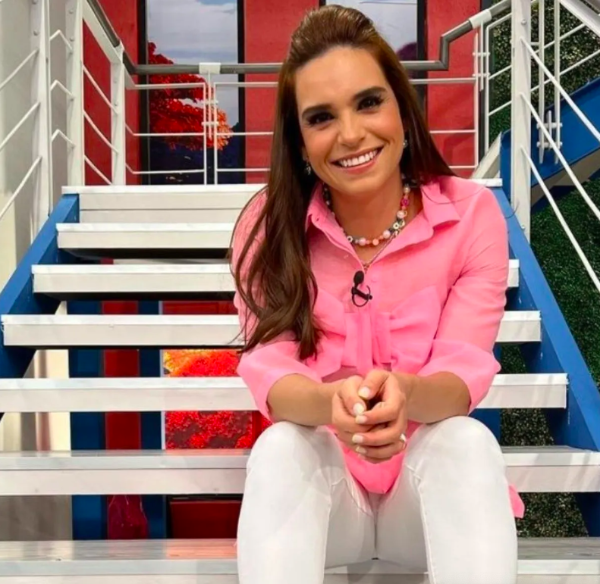 One of the most beautiful conductors on television is without a doubt Tania Rincon who has taken every opportunity she has to surprise her followers and show why she is the queen of Today program.

And it is that since its incorporation to the morning program of Televisa it has become one of the most beloved by the public for its charisma and its beauty,

As we have told you in AmericanPost.News, Tania Rincón is a fan of showing her style and beauty on her social networks, so this time she did not want to be indebted to her fans and shared this outfit that left everyone speechless.

Tania Rincón shows off her legs with this outfit

Like a queen, the beautiful driver looked on her official account of instagram this photograph in which she wore white shorts and a black blouse that made her figure stand out, but above all that made her spectacular legs show off

Tania accompanied this outfit with shoes with black and white tones that completed the outfit and ended up making more than one fall in love.

With this outfit, the presenter of the morning show showed that she is one of the public’s favorites, because the compliments immediately began to rain down on her.

It may interest you: Tania Rincón is going to the Qatar World Cup 2022!

Tania Vanessa Rincón, was born in La Piedad Michoacán on December 15, 1986, for which she is currently 35 years old.

She began her career in 2004 on the program Oxígeno, three years later she worked on Sobre el Asfalto and from 2008 to 2014 she was in charge of presenting the program The best of Fox Sports, while she was a host on Top Ten.

However, his best known work was in Venga La Alegría where he was until 2019.

Since 2021 Tania Rincón joined the Hoy program where she has become one of the public’s favorites.