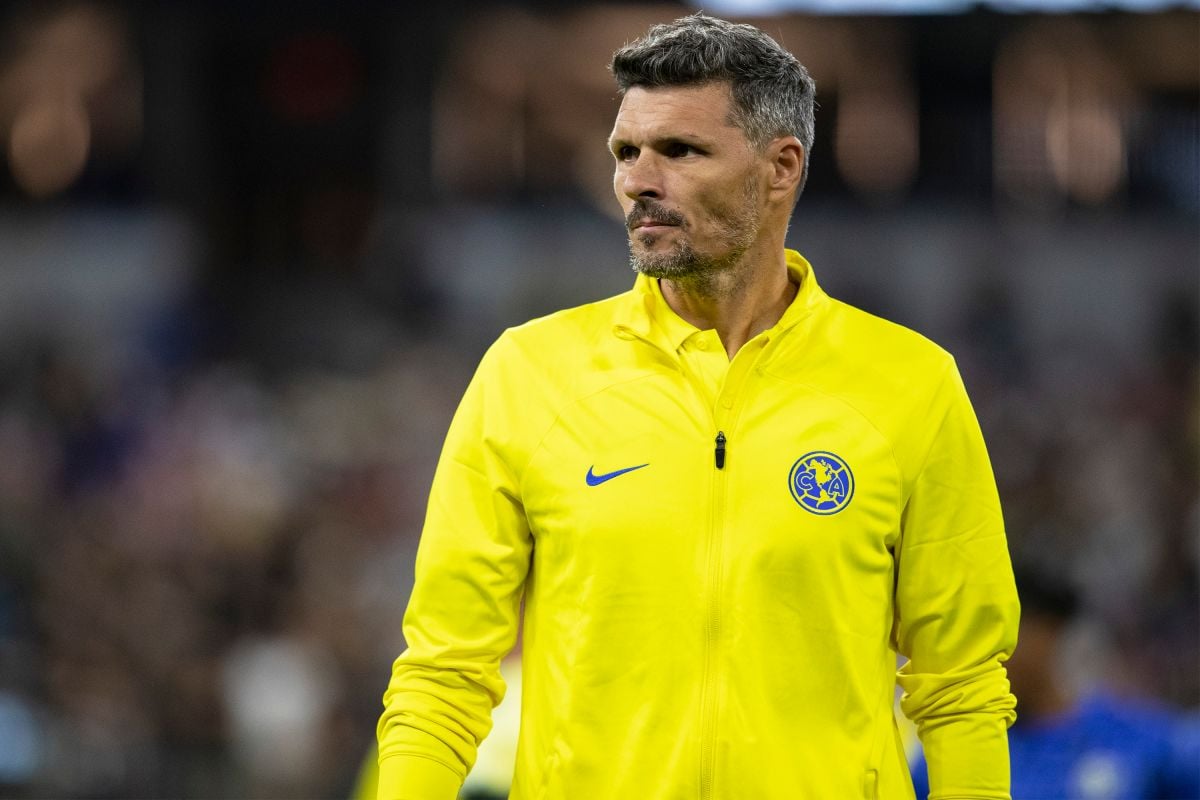 There are only hours left for the dispute Capital Classic of the Liga MX between the Águilas del América and the Pumas de la UNAM and the atmosphere between both clubs continues to heat up with each declaration of their protagonists.

From the veteran Miguel Layún to César ‘El Chino’ Huerta they have expressed themselves about the importance of this match and have also left their opinion on what will be experienced this Saturday, August 13.

The coach of America joined the list, Fernando ‘Tano’ Ortiz, who left several interesting comments in the preview of the Clásicobut the main one is about what he thinks of the right side of the university students, Daniel Alveswho arrived in recent weeks and has been a sensation in Mexican soccer due to his status as top winner and consecrated star of this sport.

To everyone’s surprise, the Argentine strategist did not highlight the figure of the Brazilian as -almost- everyone has done in Liga MX, but He lowered it to the level of the rest of the Pumas squad.

In an interview for W Sports, Tano in this way despised the importance in the XI of Pumas and the danger that the presence of Dani Alves can generate for Americaa player who knows how to play as a lane and create a lot of danger for the teams he faces.

He also considered that the task is done and both he and his coaching staff have studied enough and transmitted to their players the way the Pumas play, so they have enough options to win this Saturday’s game.

“We have already analyzed the Pumas game idea. I still don’t have who plays on Saturday. The important thing here is what we are going to do at Universitario”

Ortiz wanted to place more emphasis on the work that his team has been doing in order to return to the top and bring the 2022 Opening Tournament trophy to the Coapa showcases.

“The learning from last semester and the beginning of this one has not changed, it is to continue going to look for each game. There are no excuses, neither the eagle tour nor that are excuses. The results were not given and we must accept it. But the team has always come out for the game. I emphasize in each post game whether the team played well or badly, whether it deserved or not”, remarked the Argentine coach, with the rudeness and seriousness that characterize him.

After a disappointing start to the tournament, The Eagles seem to be taking flight after beating the Bravos de Juárez 2-1 at home. As it is about América, the club with the most first division titles in Mexico, the pressure is maximum for Fernando Ortiz, who has seen how the fans have asked for his departure from the position of coach as at some point they asked for the head of the “toxic” Santiago Solari.