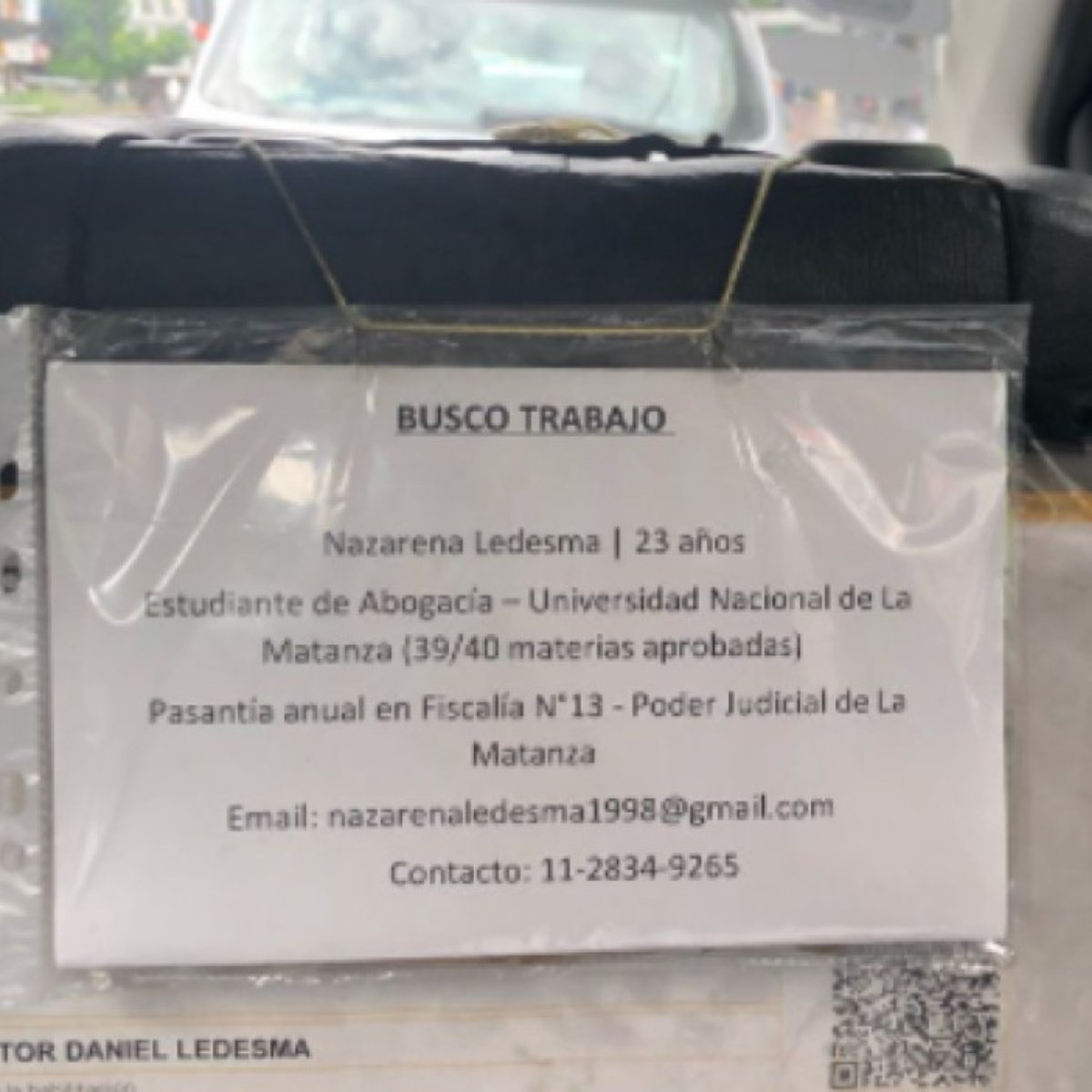 An taxi driver displays his daughter’s resume in his taxi so that it reaches the right hands and they can offer you a job.

This fact has gone viral when a user on LinkedIn shared her experience of getting into a taxi and seeing something peculiar, the driver would be helping his daughter look for a job so making use of the tools at your fingertips.

Taxi driver displays his daughter’s resume in his taxi

This taxi driver from Argentina with his university daughter, would have used his vehicle as a channel to promote his daughter’s professional profile, an action that has moved the networks, for which the publication has gone viral.

This has led to the professional being called to schedule various job interviews, where even the law student thanked the person who made the image public, since this would not have been possible without her.

For your part users applauded the initiative of the professional who shared the information, further demonstrating the strength that social networks have gained when looking for and finding employment.

Currently, social networks have become channels that have managed to transcend more than “simple” spaces that allow one or more people to connect with their acquaintances, and how has this been the case, a way to be able to look for a job.

Undoubtedly any action of this father, had an effectsince when the taxi driver displayed his daughter’s resume in his taxi, he was able to have his daughter’s knowledge requested by professionals.