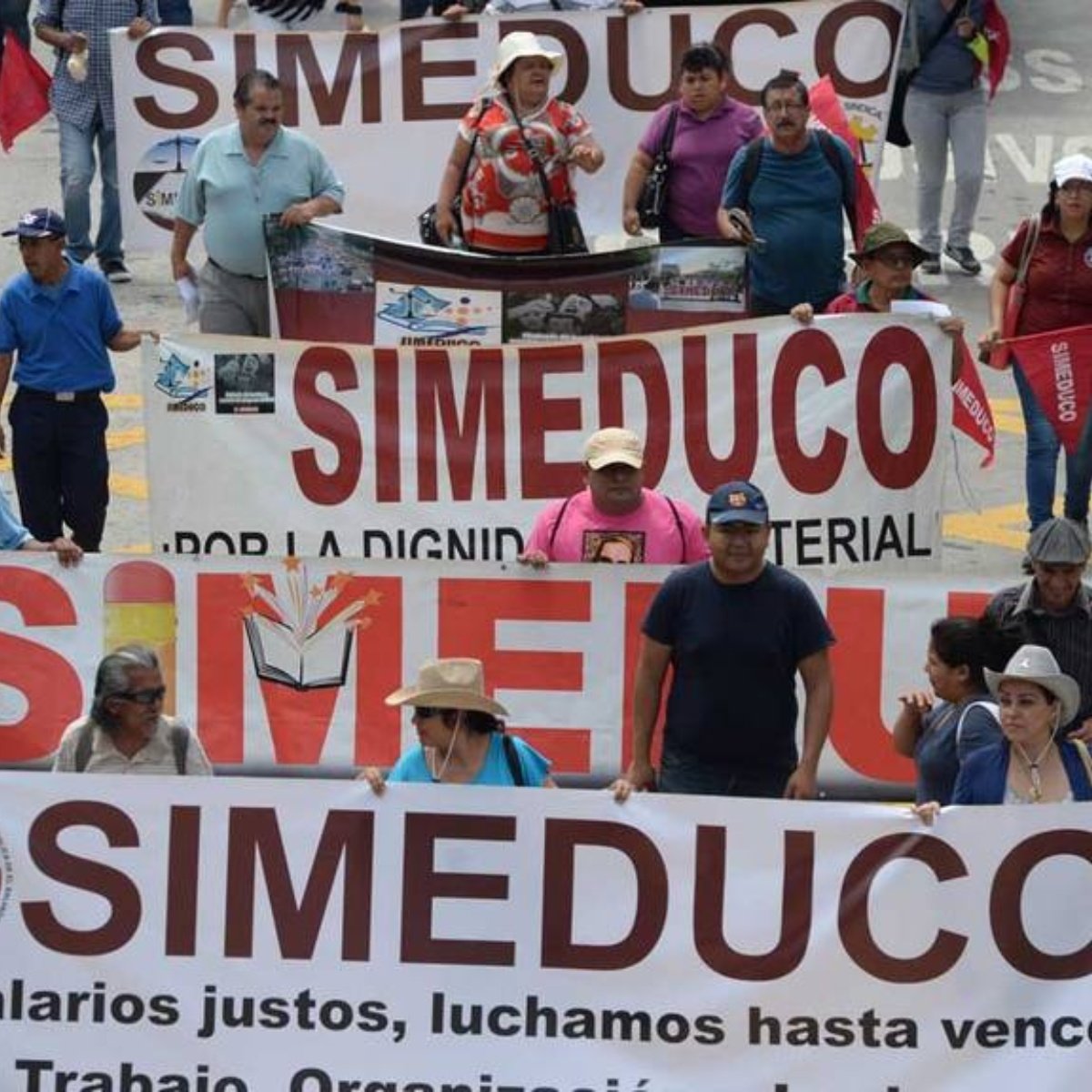 Thousands of voices united in a single slogan, “We want decent pensions, not hunger”, thousands of teachers took to the streets to demonstrate to demand from the Ministry of Education (MINED) a change in the system and grant them a salary that allow them a decent life.

It is so, that this June 22 in which teachers are celebratedorganized themselves to take over the most important avenues in the country, assuring that there is nothing to celebrate since they have not been offered better opportunities, in addition to the fear that has seized them after announcing possible forced withdrawals.

For his part, one of the representatives of the Union of Teachers of Public Education in El Salvador (SIMEDUCO), explained that since September 2017 the pension rate had a setback, so the figure ranges between 189 euros, which is equivalent to about 4,016.96 Mexicans.

Teachers ask for a solution

For this reason, the national authorities were asked to meet to discuss a viable solution for educators. “The central demand is a decent and fair pension because the pensions that are reaching teachers are 250 euros (265 dollars) and many of them have illnesses that need medical attention and it turns out that the Salvadoran Institute of Teacher Discomfort does not attend to it,” he said.

It may interest you: Leaders of Mara Salvatrucha fled to Mexico, says the government of El Salvador

Mauricio Pineda, head of the Ministry of Education (MINED) explained that he is considering retiring teachers who have already reached their retirement age but continue to work in the public system, so since this probability was announced, teachers have raised concerns about forced withdrawalslike those that occurred recently with judges and police.

In that sense, he stated “we already have the analysis of how much a process would cost us to retire all these teachers who are already at retirement age at this time.”