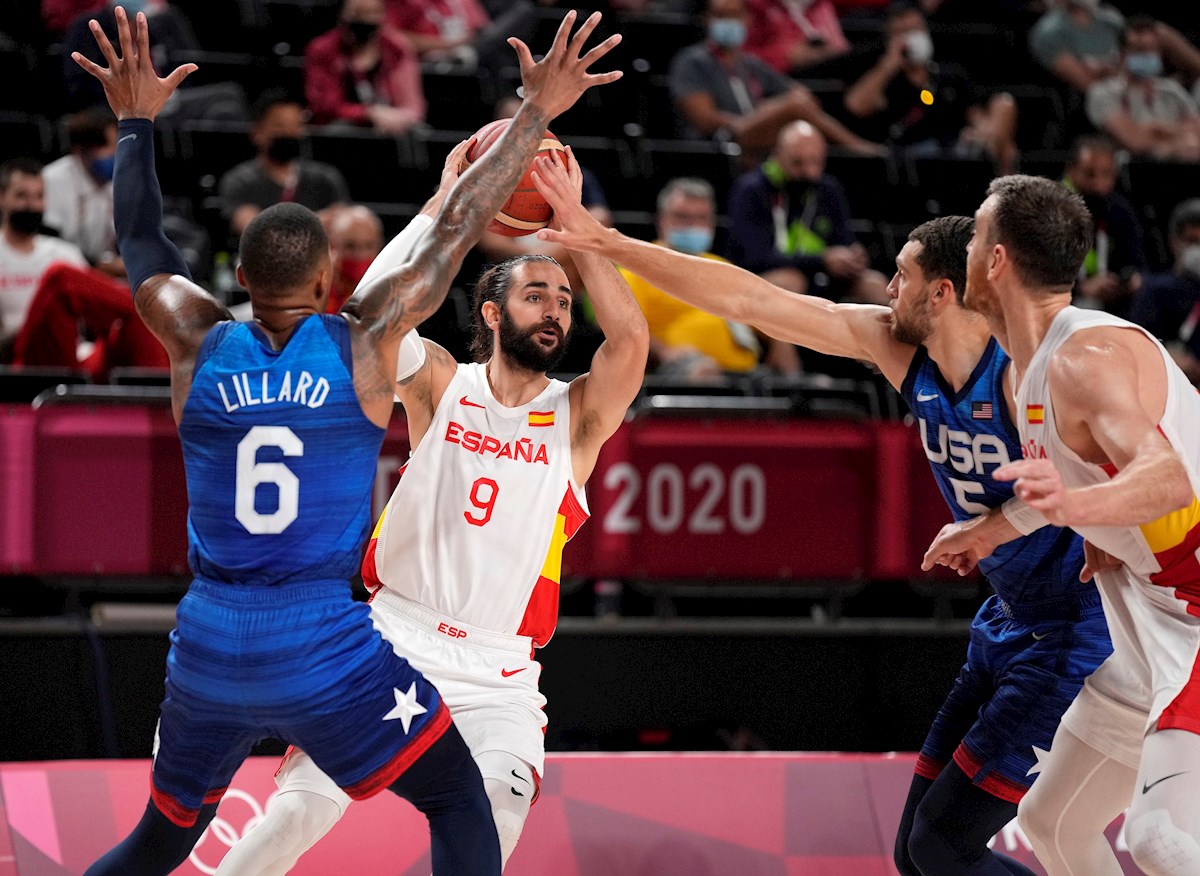 United States ended this Tuesday with the trip from Spain in the Tokyo 2020 Olympics defeating it in the quarterfinals (81-95) and also with the journey of Pau and Marc Gasol in the Spanish team, in what was their last meeting with the national team, to which they gave so much joy.

The United States is a wall for the Spanish team and for this generation, which competed better than any against them. It was in the finals of Beijing 2008 and London 2012, the semi-final of Rio 2016 and in the quarterfinals of Tokyo 2020, where Spain even dominated in the first half, but ended up defeated by a physically superior team after the break, led by Kevin Durant (29 points).

The defeat moves the US team to the semifinals, which will be played against the winner of Argentina-Australia, and stops the successful journey of Pau and Marc Gasol, world champions 15 years ago at the same Saitama Super Arena that this Tuesday saw them get off of the selection to make room for new generations. “For me to play again it was already a success,” said Pau Gasol after the match.

Eliminations of Spain in the last Olympic Games:

His goodbye was the consequence of a defeat in which Spain fell apart from the break, when the physicality and the American offensive changes broke the good dynamics prior to intermission, with special prominence of Jayson Tatum (13 points and 3 rebounds) and Damian Lillard (11, 4 and 4 assists).

An elimination despite the record-breaking performance of Ricky Rubio, author of 38 points -the Spanish player who has scored the most in a match against the United States in an official match-, the good moments of Sergio Rodríguez (16) and the great performance of the pivot future of this selection, Willy Hernangómez, who finished with a ‘double-double’ of 10 points and 10 rebounds.

The American triumph against the Spanish team gathered more expectation than any other in the Saitama Super Arena, before a crowd of athletes more full than ever, not only with Juancho Hernangomez, but with Spanish players, from the United States, or from the German team that it had been eliminated hours before.

The United States came out playing very open, with Jrue Holiday over Ricky, whom he unbalanced the first time, so then Bam Adebayo joined him. After unsuccessful first attacks, Spain began to see the light by doubling inside balls for the arrival of Víctor Claver to tie the Americans short (8-12, min. 5).

However, the United States was more comfortable, Durant hung from the basket and circulated well for their first gap (10-17). Spain then looked for Ricky with good circulation, and the genius of El Masnou followed with two personal plays that made American coach Gregg Popovich call a time-out (17-19, min. 8). The Spanish flood continued: Sergio Llull’s tray, Usman Garuba’s stopper for Tatum, Álex Abrines stole for the Menorcan’s final basket and 21-19 at the end of the first.

🇪🇸🏀 Spain (#The family) is eliminated before the favorite United States.
➡️ An even game that was decided in the second half.

We have nothing but words of admiration. The team of our lives. Always with you. ❤️#TheHeartofSpain# Tokyo2020
📸 @FIBA pic.twitter.com/BwKhQI2jip

But Spain is not just Ricky. With ‘Chacho’ Rodríguez at the controls, shooting by three and assisting he completed his best minutes, with Willy getting a doctorate in the paint -6 points, 6 rebounds and 3 blocks in just 5 minutes and playing in his natural position- and making the break official with a clap (39-29, min. 17).

The United States discounted before the break, with points from Lillard and a fit of rage from Durant, with a triple and a dunk after Draymond Green robbed Willy. A mate from Zach LaVine escaping well from the Spanish defense left the tables at half-time (43-43), but the feelings of the game were very positive for the Spanish, who dominated the rebound (29-18) and had only allowed four American triples .

“Come on,” could be heard from the stands, probably from player number 13, Juancho Hernangómez. Durant threw his team behind his back (47-58, min. 24), while Spain was once again cloudy in attack with a Ricky more finisher than creator of the game.

The United States began to like each other, it was not only ‘KD’, but they circulated the ball, defended and threatened to break the match. Scariolo introduced Sergio Rodríguez along with Ricky, who was already reaching 27 points -his personal record with the national team-, and the canary closed the distance of ‘Team USA’ to 6 points (63-69).

Without Durant at the start of the final quarter, it was Damian Lillard, today less decisive three times what he usually is (2 of 7, 29%), who took responsibility with trays, which together with a triple by Tatum returned to put eleven up to the North Americans (66-77, min. 33). The Celtics also took an unsportsmanlike offense from Ricky and in possession he scored a triple (66-81).

The ten points seemed an impossible slab (73-83, min. 35), Durant reinforced a fantastic Tatum, and only Ricky Rubio was not enough to bring down the giant American team. Two minutes from the end (79-92) the reaction already seemed a chimera and the gestural language of the Spanish players already seemed to indicate it.

The 81-95 of the defeat ends the Olympic journey of the Spanish team and with the highest standards of a generation, Pau and Marc Gasol, who made history in Spanish basketball. In Saitama, where it all began with the first Spanish triumph in a World Cup, his unforgettable career ends

Also read: Biles and his emotional bronze: “It has been a very long week, it has been five very long years”