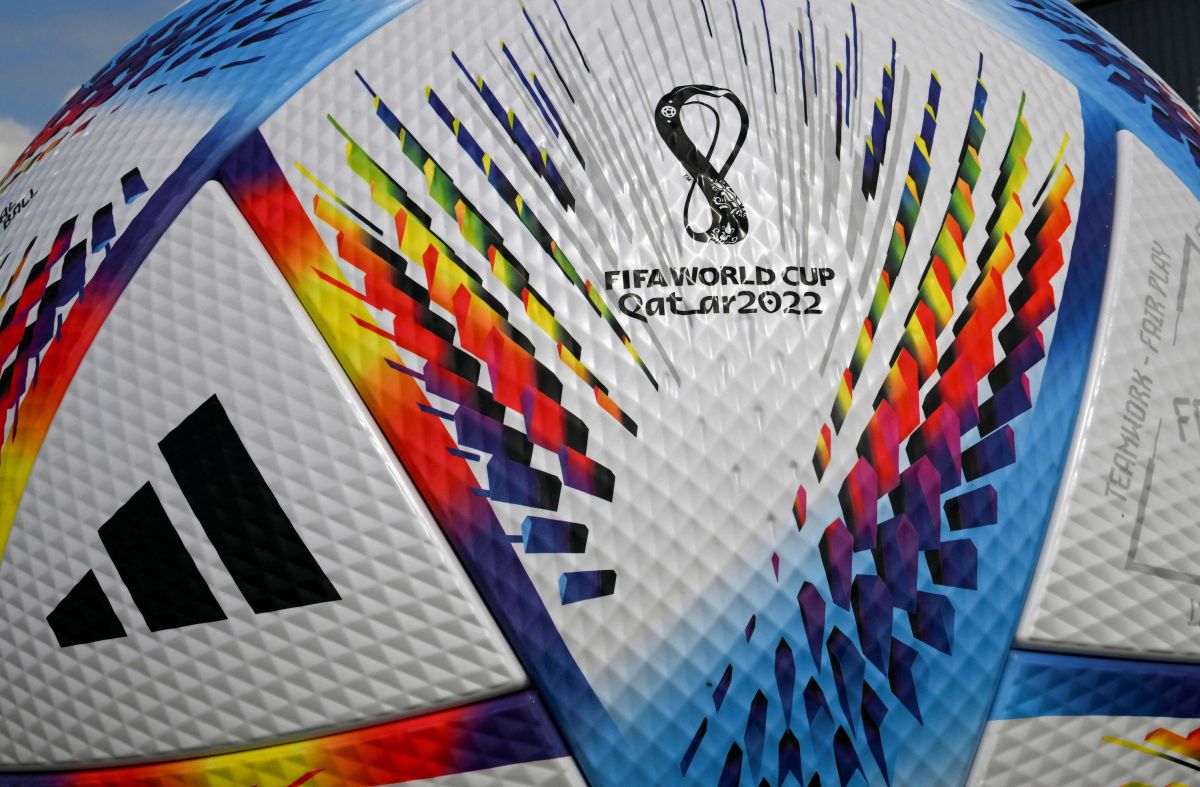 FIFA will employ semi-automated technology and artificial intelligence to detect offside in the World Cup Qatar 2022with the aim of “making faster, more accurate and reliable decisions” in the most important football competition in the world.

The ball will carry an inertial measurement unit (IMU) inside, which will send a data packet 500 times per second to the VAR room. This will allow detect with absolute precision the exact moment in which the ball is hit.

In addition, the new technological improvement will be accompanied by 12 cameras installed under the roof of each stadium, to capture the movements of the ball. Are included 29 data points for each player which will be taken 50 times per second.

By mixing data from player limb and ball tracking, and through artificial intelligence, the new technology provides an automatic warning to the video room; whenever he receives a ball attacker who was in an offside position at the moment when his partner played the ball.

To corroborate your proposal before reporting it to the main referee, the VAR refereeing team will manually check the exact moment of the shot that the data provided; as well as the automatically created offside line, based on the player’s limb positions calculated by the system. Since it lasts only a few seconds, the process allows faster and more accurate decisions.

“To make implementation more affordable, FIFA is developing the so-called VAR lighter, that works with a smaller number of TV cameras at a lower cost and even somewhat lighter and more affordable for the competitions that are covered”, he said Pierluigi Collina, Chairman of the FIFA Referees Committeeduring the presentation of this new technological advance in a virtual press conference.

Along the same lines, he added: “We are working on a more consistent VAR regarding the line of intervention. Additionally, we realize that sometimes the length of a reviewer’s controls is too long. We know that when analyzing a complex move time flies. Those more developed tools need time to find the exact stopping point, to define the position of the players”, he pointed out.

Semi-automatic offside technology can be used to create new resolution adoption with three-dimensional animation, automatically generated during the match.

Why do they call it semi-automated technology?

Johannes Holzmüller, Director of the Football Technological Innovation Branchstated that the new systems will provide refereeing teams with video real-time alerts, thanks to artificial intelligence.

“We call you ‘semi-automated technology for offside detection’ because the video arbitration teams will continue to control the results and must corroborate the decision. The system constantly tracks and alerts once the ball is received by a player who was in an offside position when the ball was played,” he said.

To improve communication with the fans, after the referee has confirmed the offside decision, an animation of replay to be shown in the stadium and on television.

FIFA’s idea was to start in 2020 with the first tests. However, as a consequence of the COVID pandemic, had to be postponed until early 2021. It was tested in some FIFA tournaments, such as the Africa Cup of Nations and the Club World Cup.

During the matches of these tournaments, the new technology helped the VAR referee teams to make more accurate and reliable decisions in a short time.

The Sports Lab at the Massachusetts Institute of Technology analyzed and validated the data collected during the online and offline trials, and the limb detection technology was scientifically accredited by TRACK experts at the University of Victoria. A research team from ETH Zurich University has been providing more information on the technological capabilities of these electronic systems multi-camera tracking.

“We will be faster and more precise. These are the objectives of semi-automatic offside technology”, said Collina, for whom “The more precise the better you are”.

We at FIFA are very proud of this work and look forward to seeing the benefits of this technology at the 2022 FIFA World Cup. FIFA is determined to harness technological advances to improve football at all levels.”

You can also read:
– The new Qatar ban during the World Cup: it involves vehicles
– Qatar 2022: Australia goalkeeper confesses why he played dirty against Peru’s goalkeeper during penalties
– “We are going to continue with the same strength and conviction”: Chile resorts to TAS to leave Ecuador without a World Cup