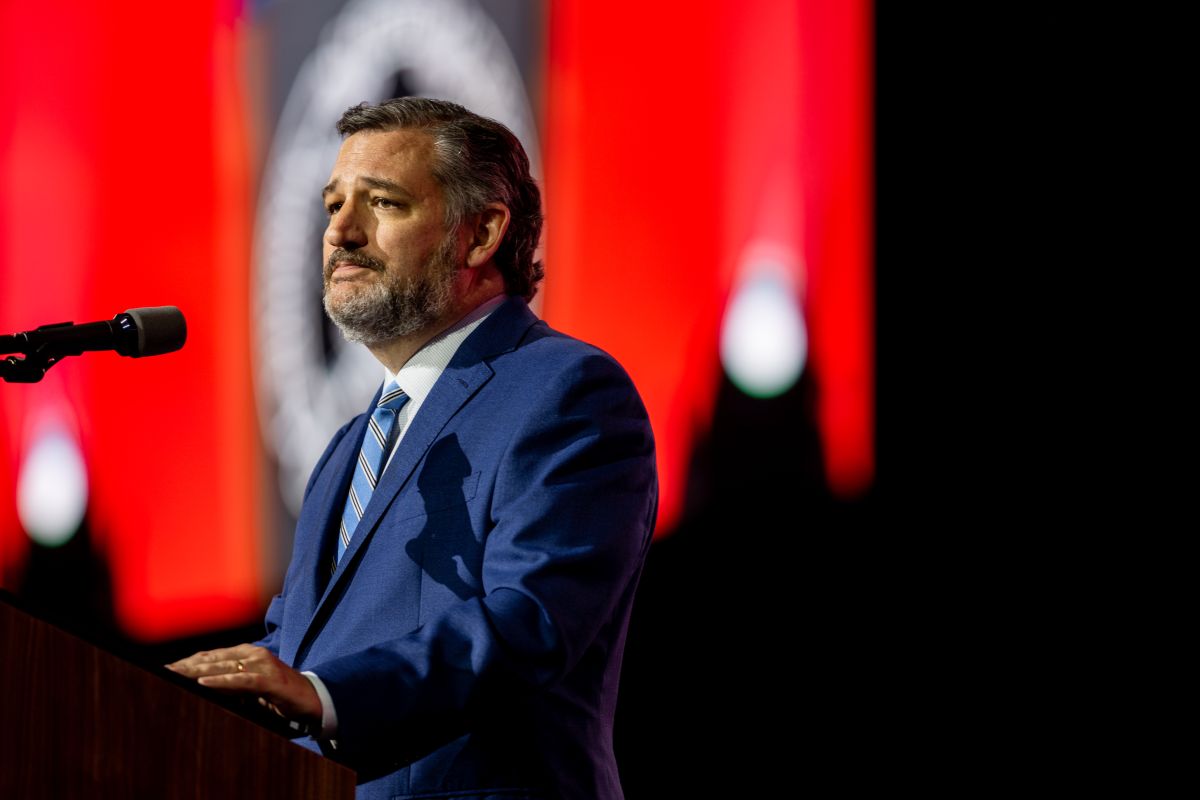 Texas Republican Senator Ted Cruz had a confrontation Friday with a gun control activist who initially sought to be photographed with the legislator, to later have a heated discussion for his support of the Second Amendment and the mass shooting that took place in the city of Uvalde last Tuesday.

After the first day of the National Rifle Association (NRA) annual convention in Houston, Texas, Cruz was in a restaurant when he ran into activist Benjamín Hernández, who asked for a photo. However, moments later he confronted him about his stance on gun rights.

In a video posted by Indivisible Houston, Hernandez is seen questioning Cruz about gun control measures. He asked Cruz why he doesn’t support more background checks.

“Background checks would not have stopped the shooter,” Cruz replied. “Do you know what would have happened? The bill that I presented…”

Faced with these statements, Hernández interrupted him and clarified that “We can make it harder for people to get guns in this country.”

“You know, but stay here. Stay at the NRA convention, it’s harder to stop gun violence when there are more guns,” Hernandez said.

Cruz responded by telling him that combines “ignorance and hate”. “You don’t know what you’re talking about”he told her.

The argument between Hernandez, who describes himself as a once-undocumented immigrant and previously ran for Congress, continued the argument with Cruz, to the point that security had to get involved and ask him to back off.

Before being led out of the restaurant, Hernandez accused the senator of attending the NRA convention to “take blood money.”

“Why when 19 kids died, that’s not in their hands… Ted Cruz, that’s in your hands?”asked the activist as he was taken out by the authorities.

After the controversial meeting, Hernández took to Twitter to defend his actions, maintaining his arguments as in the restaurant.

“I wasn’t going to let that ‘bastard’ walk into the restaurant where I was having dinner and not hear me. They can do something, but they just don’t want to. So let’s leave it,” the activist wrote.

The controversial annual convention of the National Rifle Association began Friday in Houston, three days after the city of Uvalde, Texas, staged a mass shooting that killed 21 people, including 19 children. The state’s governor, Republican Greg Abbott, previously announced his absence from the meeting.

During the first day of the convention, he highlighted the presence of former President Donald Trump, who accused Democrats of politicizing the Uvalde shooting, and criticized their “grotesque efforts” to control gun sales.

“Gun control policies pushed by the left would have done nothing to prevent the horror that took place. Absolutely nothing,” Trump stressed, following President Biden’s statements after the tragedy in which he promised to stand up to the “gun lobby”.

You may also like:
• Biden referred to the Uvalde massacre in his address to Delaware graduates
• Texas school shooter climbed out of a closet and fired as officers entered the room
• They identify the police chief who delayed access to the classroom of the Uvalde elementary school