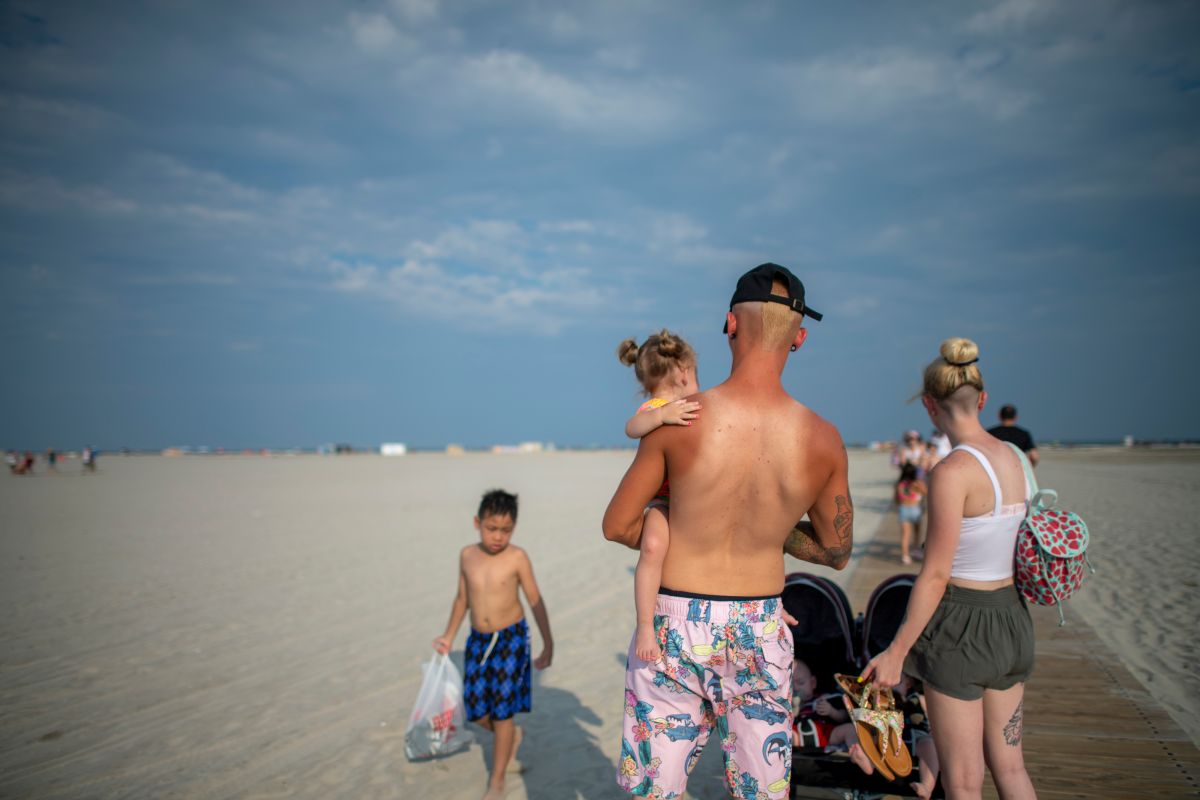 Two teenage brothers were buried in the sand on a private beach on the New Jersey shore when the hole they were digging collapsed on top of them, killing one of them.

The family was visiting New Jersey from the northern state of Maine. Police officers and paramedics responded to the emergency at a beach entrance near Seaview Road in Toms River shortly after 4 p.m. yesterday.

“The family was visiting from out of town and spent the afternoon at the beach,” police said. “Emergency crews from neighboring cities also responded to the scene to assist in rescue efforts.”

More than a dozen first responders and a backhoe were seen at the scene of the freak tragedy, according to FoxNews. The unidentified teen was rescued and treated in stable condition at the scene.

NBC10Philadelphia quoted Toms Rivers Mayor Maurice Hill as saying that The two teenagers had been digging a 10-foot hole using Frisbees as shovels.

Similar deaths and accidents have been reported on New Jersey beaches over the years. In 2012, a 12-year-old boy died after his sand tunnel collapsed on a Long Branch beach, the station recalled. NJ 101.5 FM.

Last summer, 19-year-old lifeguard Keith Pinto was killed and seven others were injured when they were struck by lightning yesterday on a beach in South Seaside Park, New Jersey.