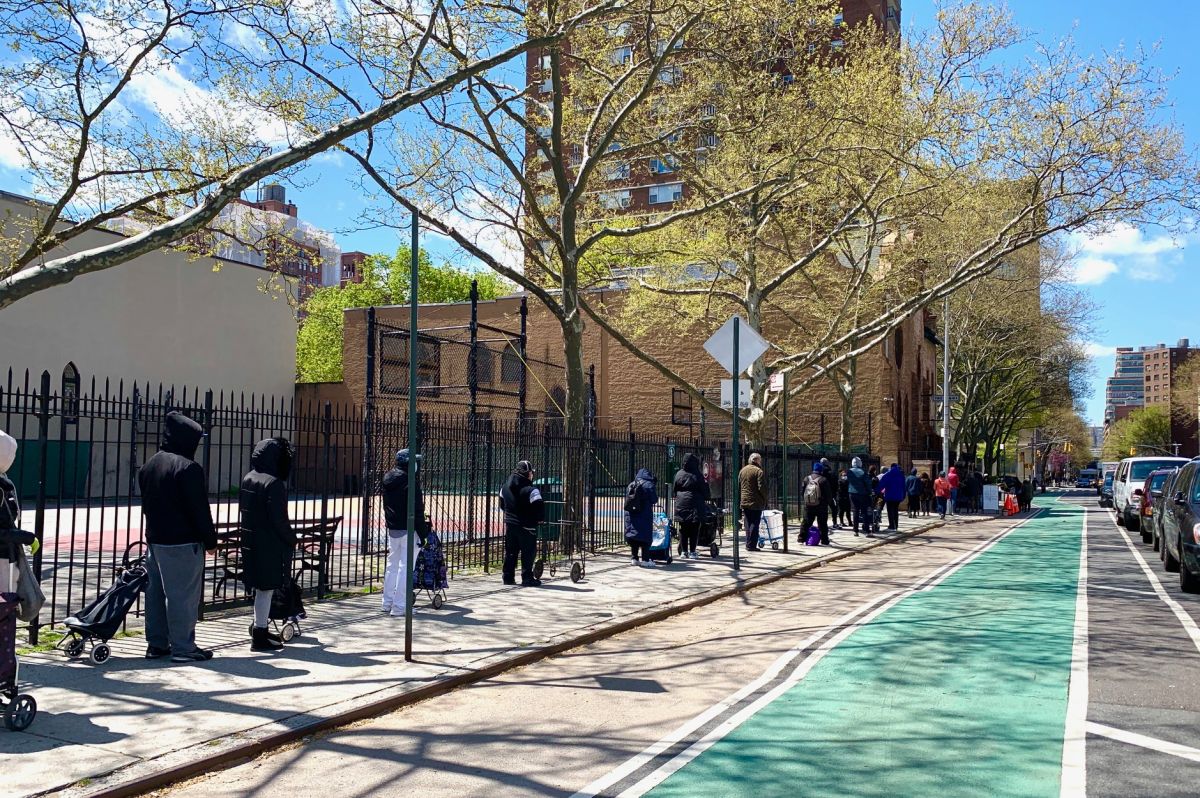 Two more relatives have been charged in the brutal death of their teenage cousin, who was allegedly beaten with a belt at least 50 times and left to drown in a bathtub at an Upper West Side NYCHA apartment. in manhattan, last year.

Jallen McConnie, 15, “was beaten from head to toe” with belts apparently by his cousins ​​Mitchaux Booker, Johnette Booker and Joevon McConnie on June 28, 2021, Manhattan Deputy District Attorney Nicole Blumberg said Wednesday. The boy, a resident of the state of Georgia, had learning disabilities Y I was visiting New York. All three relatives pleaded “not guilty.”

Mitchaux Booker, 33, was arrested just days after the teenager’s death last summer. His cousins ​​Johnette, 40, and Joevon, 39, were recently arrested. Initially, the latter had told the police that they were not at home at the time of the beating and that they did not know what had happened, Blumberg explained.

Officers found McConnell in the bathtub unconscious. The teen was taken to the hospital where he was pronounced dead. Three months later the case was declared a homicide. Booker admitted to investigators that he had attacked the victim. The severe assault and suffocation contributed to his death, according to police sources.

In the month before Jallen’s death, his family made his life “hell” by putting the teenager in a “boot camp for cousins”, Blumberg said during the arraignment at the Manhattan Supreme Court.

Jallen was “physically and psychologically tortured”, which included forcing him to face a wall or exercise for hours, and he was rarely allowed to leave the public housing apartment located at Wise Houses (NYCHA) on West 94th St. His cousin Johnette allegedly started the beatings because the teen couldn’t “solve a simple math problem,” the prosecutor said, quoted by New York Post.

On the day Jallen died, the trio allegedly took turns beating him with a belt and sometimes attacking him at the same time, while Jallen “whined and tried to get away from them,” Blumberg alleged.

Johnette allegedly also laughed as she watched Mitchaux spray water down Jallen’s throat with a shower head. The teen, who lived in Georgia, was living with Johnette, who she “has been tasked with taking care of him,” the prosecutor said. “Instead, a month later, police responded to defendant Johnette Booker’s apartment and found the lifeless body of this child.”

Mitchaux and Johnette are charged with first degree manslaughter. And all three are charged with assault, gang battery and endangering the welfare of a minor. They face up to 25 years in prison if convicted of the most serious crime.

Several children died in the last months of 2021 in NYC victims of alleged abuse in their homes. Other cases have also been reported in 2022. If you are a victim or suspect that someone is being mistreated, especially if they are a minor or elderly: