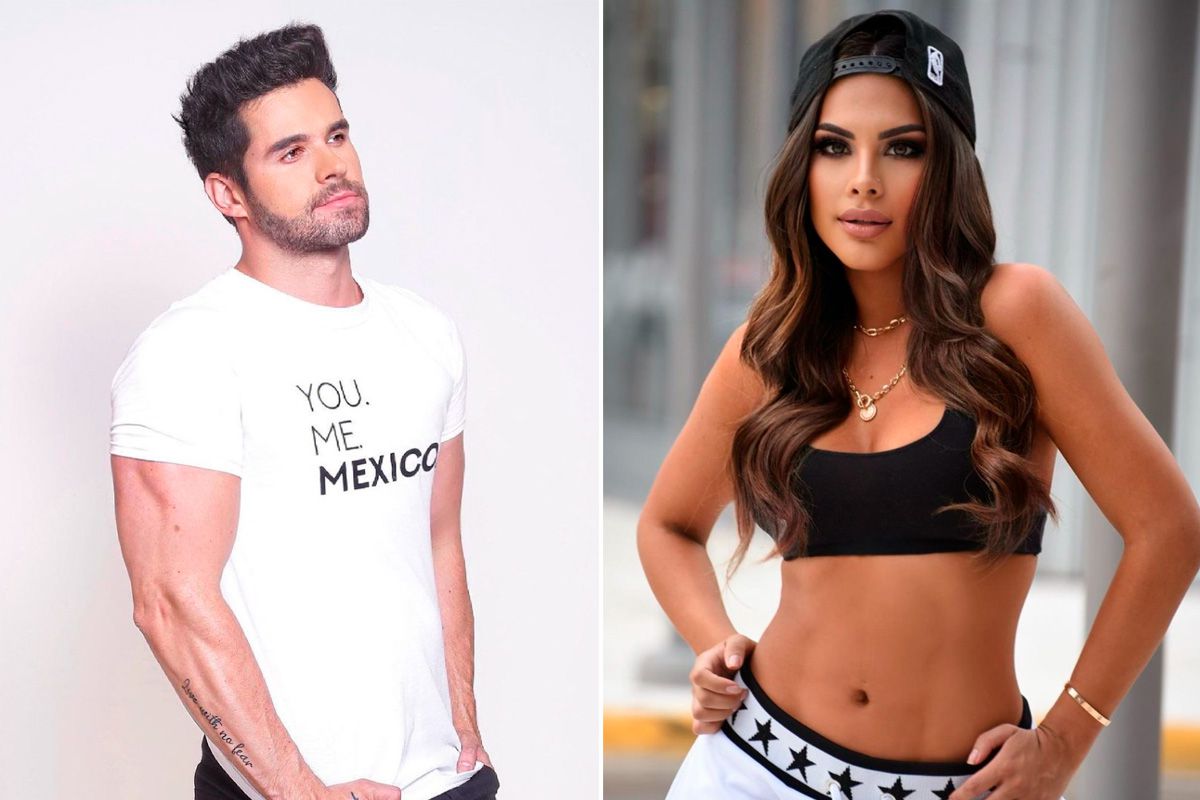 Tefi Valenzuela confessed that he does not know the whereabouts of the engagement ring that eleazar gomez He gave her hours before assaulting her and being arrested for it, as he revealed that since he doubted he wanted to marry his ex-boyfriend he did not see the ring again.

It was the night of November 5, 2020 when it became known that Eleazar Gómez was detained by the authorities after having beaten and tried to strangle to his then-girlfriend, Stephanie Valenzuela, at the Benito Juárez mayor’s office in Mexico City (CDMX).

As it became known, the couple went out to dinner at an exclusive restaurant in Santa Fe, where the protagonist of Dare to dream he asked marriage to the Peruvian She was very happy at the time and accepted, however, later she would have been doubtful, a situation that unleashed the actor’s fury.

In a meeting with the media at the Mexico City International Airport (AICM), the model revealed on Wednesday that she does not know what happened to that ring, but she thinks her attacker took it.

“I’ll tell you what he took it, I don’t have that ring. Me, not even for them to tell me. I have rings from other boyfriends who gave me, which are mine, “said the model, captured by the camera of First hand.

He took the opportunity to confess that if he were in the place of Belindashe would not return the ring that Christian Nodal handed him over to seal their betrothal. “If I were Belinda, I wouldn’t take it back., the truth, for the price it has. I that her, I play the crazy one. What is given is not returned”, mentioned Tefi between laughs.

As he mentioned, until now he has three engagement rings, because although at the time he accepted the proposals made by his ex-partners because he was excited to get married, over time he realized that they did not meet his expectations.

She revealed that since she turned 30 many people have asked her when she plans to get married, but at the moment she does not have in mind to marry her partner, because she thinks that he has not met his “prince charming”.

On November 5, 2020, when Valenzuela and Eleazar arrived at the apartment they shared, he would have snatched the engagement ring that he gave her, because apparently he could not bear the look of doubt on his girlfriend’s face.

Gomez started hitting her and tried to strangle her. However, neighbors came to the aid of the model at hear their cries. That same night the actor was arrested and remained in prison until March 2021, when he was awarded conditional freedom for three years.

Among the conditions that Eleazar had to fulfill to maintain his freedom was to publicly apologize to his ex-girlfriend, pay her 420 thousand Mexican pesos, keep your distance from her, do not talk about it on social networks and do not change your residence.

At the time, Valenzuela commented that since the legal process against the actor began, she did not seek money, because i really wanted justice. She showed her disagreement when she was granted parole under requirements that she did not set and only asked for the minimum stipulated by law to damage repair.

Tefi revealed that currently, more than a year after the attack she suffered, she feels different and calm with herself, mainly because does not depend on another person emotionally. To achieve this for almost all of 2021 he had to be under different therapies.

Eleazar Gómez: The actor’s mother assures that he ran out of money to pay Tefi Valenzuela