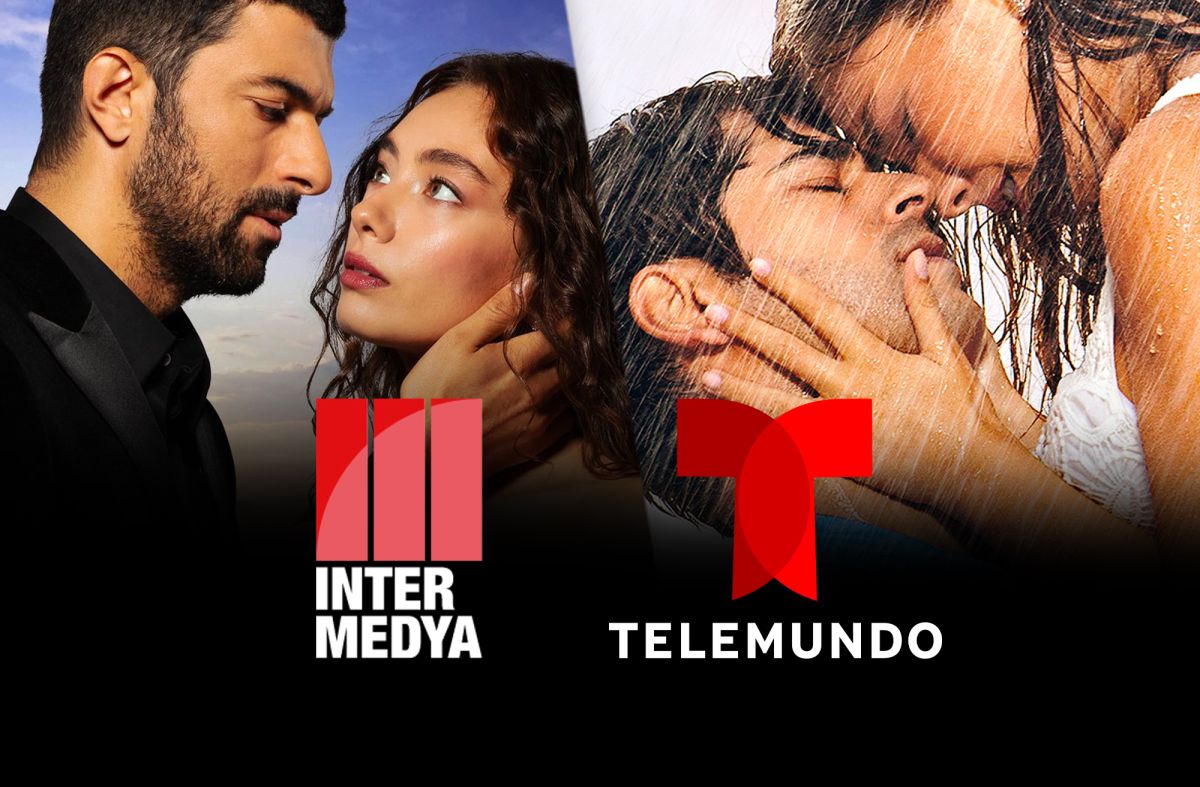 One of the most explosive news Telemundo Upfrontit was not the return of Raphael Amaya to “The Lord of the Skies”, if not his new agreement with the Turkish production company Inter Medya.

But what is explosive about it? That Inter Medya is the one who distributed some of Univision’s most successful titles such as “La Hija del Embajador” and “Amor Eterno”. Both Turkish soap operas were a great success for the Hispanic network and represented a great headache for Telemundo.

Telemundo has seen that Turkish productions have been a success among its audience and to prove it is “Hercai”, which was the only telenovela that has worked for them in recent months. The Hispanic network is close to launching “Amor Valiente” in prime time as well.

This new agreement between Telemundo and Inter Medya is a co-production and is made to capitalize on the success of Turkish formats for Spanish-speaking audiences in the United States.. Under this multi-year agreement, the companies will jointly develop and produce new Turkish drama series, which will then air exclusively on Telemundo in the United States.

“In recent years, given their high production value, Turkish series have become one of the favorites of Spanish-speaking audiences around the world and in the United States. This new partnership with Inter Medya furthers the position of this pioneer in Turkish stories to the Spanish-speaking market in the United States, exclusively with Telemundo”, he commented. Karen Barroeta, Executive Vice President of Production and Development for Telemundo Television Studios. “By bringing together the strength and charm of Turkish properties, along with Telemundo’s superior production capabilities, we further strengthen our position as one of the leading producers of premium fiction content.”

“At Inter Medya, we are happy to have turned our long working relationship with Telemundo into a global business partnership. We are sure that with this collaboration we will create many great successes, given Inter Medya’s 30 years of KNOW HOW and Telemundo’s great experience in the sector. With this association, Telemundo and Inter Medya have taken a big step to strengthen and expand their positions in the market, with even more production and distribution. We are very excited about the great work that we are sure we will achieve together”, he commented. Can OkanFounder and Chief Executive Officer of Inter Medya.

Inter Medya, one of Turkey’s longest-running media production and distribution companies, represents renowned Turkish series, including hits like Ay Yapim’s “Eternal Love,” Tims&B Productions’ Bitter Lands and The Trusted, and “Ambassador’s Daughter ” and O3 Medya’s Last Summer, among others. Its network of leading production houses in Turkey have created countless global hits. Working hand in hand with Telemundo, the companies will exclusively develop, create and produce long-form series based on new stories that will appeal to Spanish-speaking audiences around the world.

This deal adds to Telemundo Studios’ long history of successful co-productions with some of the world’s leading production companies, including Globo in Brazil, Movistar in Spain, Caracol in Colombia and Sony Latin America, among others.

• Telemundo Upfront 2022-2023: All the telenovelas announced for a new season
• New advance of ‘The Queen of the South 3’ with Kate del Castillo shows a lot of action
• Telemundo confirms ‘The Lord of the Skies 8’: Rafael Amaya revives Aurelio Casillas in a new trailer