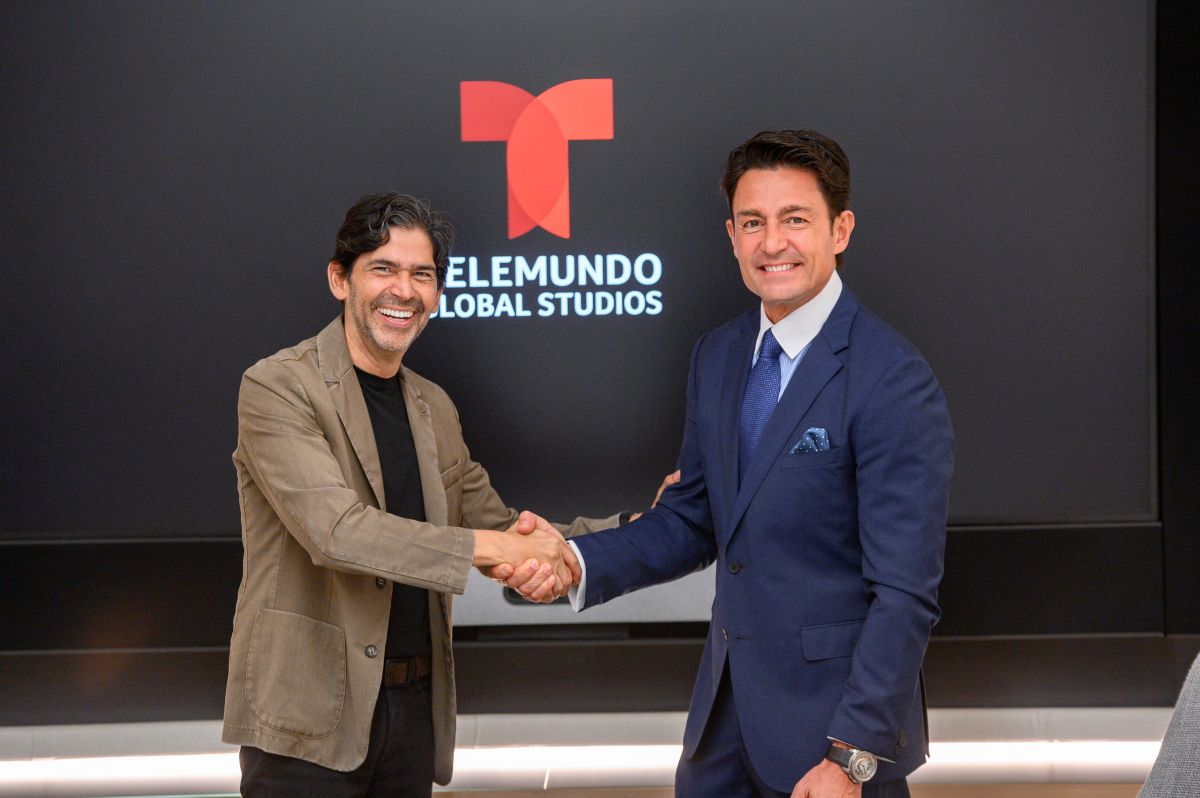 Telemundo has confirmed all the new telenovelas it is preparing for its new season. It brings big stars such as Fernando Colunga, Jaime Camil, Rafael Amaya, and the queen Kate del Castillo.

Based on the novel by Arturo Pérez-Reverte, the globally acclaimed Super Series™, La Reina del Sur, returns for its highly anticipated third season with unparalleled magnitude, starring global superstar Kate del Castillo. Four years have passed since U.S. authorities convicted Teresa Mendoza of the murders of three DEA agents. Separated from her beloved daughter Sofia, Teresa lives behind bars in a maximum security prison, stripped of all her freedoms. Through a sophisticated escape plan, Teresa’s old friends Oleg and Jonathan dare to break her out of jail and take her to Mexico, where she meets President Epifanio Vargas. In a world driven by alliances and secret deals, Teresa agrees to embark on her most dangerous mission yet, one that will take her across Latin America in the pressing hope of leaving her life as a fugitive behind and finally reuniting with Sofia.

Dead men can tell the most extraordinary stories. The epic Season 7 finale of El Señor de Los Cielos seemed to seal the end of the legendary drug trafficker Aurelio Casillas (played by Rafael Amaya). Still, we will witness Aurelio’s unforgettable “resurrection” in the eighth season of Telemundo’s longest-running Super Series™. Surprising friends and foes alike with his return to life, Aurelio arrives determined to regain all he has lost. After forming a powerful bond with allies from previous seasons, Aurelio faces new romantic entanglements. He uncovers family mysteries, once again putting his life on the line in the name of revenge. Called to assume his position of power, Aurelio proves that those born bad live longer. Produced by Telemundo Studios and written by Luis Zelkowicz, El Señor de Los Cielos returns with a bang in a successful eighth season designed to delight fans and new viewers alike with an overflowing drama filled with more emotion and action than ever before.

Renowned Mexican actor Fernando Colunga (Pasión y Poder, Porque el Amor Manda, Alborada) stars in El Conde, an adaptation of the legendary story by Alexandre Dumas. Set in the 1930s, this moving and captivating tale of mystery, love, and revenge tells the story of Alejandro Gaitan, an innocent conspiracy victim accused and imprisoned for a double homicide who manages to escape after 17 hellish years of confinement. Now free, Alejandro embarks on an extraordinary journey to clear his name, first recovering a secret treasure left to him by his mentor in prison, a Spanish nobleman. Returning to Mexico with great wealth and a royal title, the Count of Montenegro learns that the love of his life is now married to his mortal enemy and appears to have been part of the plot to imprison him all those years ago. Even though the past nearly destroys his heart and soul, the enigmatic and handsome count sets out to execute an elaborate plan to exact revenge on those responsible for his imprisonment, even if it reveals his identity.

In one of the most anticipated series of the year, Jaime Camil stars in El Rey: Vicente Fernández. This unforgettable biographical series traces the life of the most iconic Mexican singer, from his childhood in Jalisco to his meteoric rise in the music industry. For the first time, in the only authorized series created and developed with the Fernández family, audiences will have a unique immersion into the real events that marked the rise of a legend as big as life itself. Vicente’s dreams of fame were evident from very early in his life as he aspired to remain forever in the hearts and memories of the people alongside Mexico’s three great musical icons: Javier Solis, Pedro Infante, and Jorge Negrete. Overcoming a childhood of poverty and hardship, Vicente embarked on the road to fame, dodging temptations ranging from envy to criticism. However, with hard work and determination, he became a worldwide superstar who will forever be engraved in the history of music as an idol and voice of the Mexican people.

Moved by the magnetic image of the imposing icon of the Mexican screen, María Félix, writer Sergio Almazán captured all that magic and transcendence in his well-known novel Acuérdate María. In the new series María: La Mexicana, created by Rebeca Solano and inspired by Almazán’s book and distributed by Mega Global Entertainment, LLC, the novel is brought to life on screen in a bold, epic drama that dares to reveal the events that turned a young actress into an icon and legend adored by generations around the world. The story begins in Sonora, but the young beauty soon finds herself in Mexico City, where she becomes the reigning screen goddess of the 1940s and 1950s. Along the way, she becomes the muse of many of the 20th century’s most famous artists while reinventing herself and her evolving mythology to embody strength, Mexican pride, and unparalleled determination. In María: La Mexicana, a new generation discovers an international icon ahead of her time, one who proved that success is not a matter of luck but of guts.

Culpable o Inocente is a dramatic thriller that grips the viewer from the very first scene and tells the story of the disappearance of Adriana Molina. Her husband, César Ferrer, is the prime suspect in her possible murder, but all is not what it seems in this case. Determined to prevent his eight-year-old daughter from being taken from him, César risks investigating on his own. As he searches for clues to the possible motives behind his wife’s disappearance, Cesar discovers that Adriana is leading a double life and may not be the person everyone understands or knows, for better or worse.

Inspired by the works and miracles of José Gregorio Hernández, The Doctor of Miracles is an unforgettable, faith-based anthology series that illuminates the legacy of a man recognized by the Catholic Church as a modern saint. As a physician who ministered to the poorest of the poor, Hernandez brought enormous comfort to people who, by and large, had lost almost all hope. Each dramatic and moving episode presents an intensely spiritual journey about the resilience of the human spirit in the face of adversity.

La Mujer de Mi Vida (The woman of my life)

La Mujer de Mi Vida is a stunning new drama series with a dynamic all-star cast, including Ivan Sanchez, Angelica Celaya, Mauricio Islas, and Catherine Siachoque. Filmed at Telemundo Center’s state-of-the-art studios in Miami, this moving and gripping story focuses on a love affair that ends with an unexpected betrayal. Left for dead, Ricardo Oribe recovers his memory 15 years later and returns with a new identity as Pablo Silva. Seeking to reunite with his family, especially with Daniela, the love of his life, Ricardo implements a risky plan: to enter her house as a cook. Daniela’s life is turned upside down when Pablo rekindles the flame of a love that never died, forcing him to remain incognito as he struggles to keep himself and his loved ones out of danger.