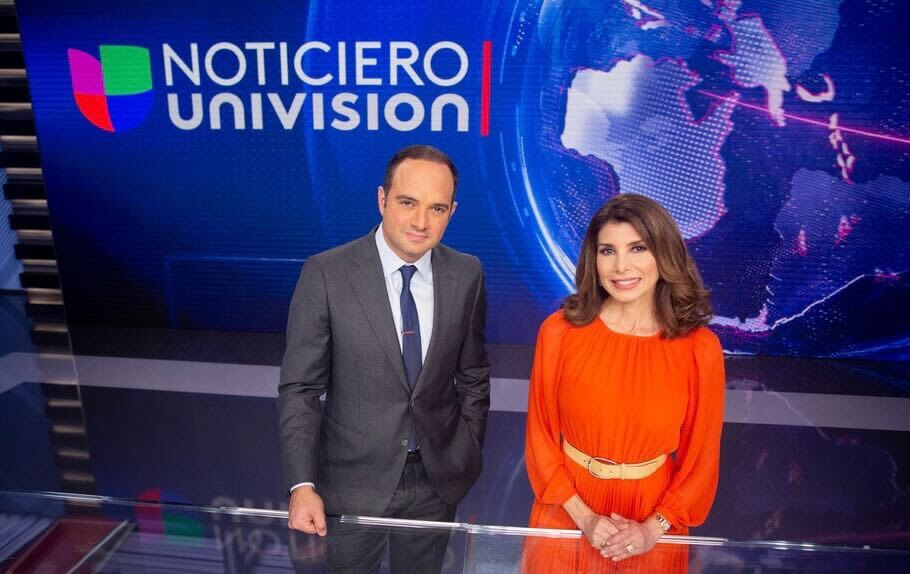 After a year of announcing what would happen, with various changes, hirings and firings in between, the union of what promises to be ‘the monster’ of content becomes effective: TelevisaUnivision.

Yes, It is not only the creation of the new company made up of the two biggest media powers, Univision and Televisa, but that is already officially called… How was it decided who went first and who came after in the name? Who sends whom? Does ‘Univision’ disappear as a chain? Are Televisa and the Stars channel over? Will no more productions be made in the United States? Who are the faces and names of those who will now have in their hands the content of what you will see on most platforms? Then we answer everything.

It is the new company that merges the assets of Televisa and Univision, creating the leading Spanish media and content company in the world. It brings together content and intellectual property with the media platforms that promise to be the most complete in the two largest Spanish-speaking markets in the world..

So from today TelevisaUnivision owns the largest library of content and intellectual property in Spanish in the world, and the most important factory of content in Spanish in the entertainment industry. They reach more than 60% of television audiences in both the United States and Mexico. Through television, digital platforms, streaming and audio. In other words, according to the numbers shared by this new company, we would talk about more than 100 million Spanish speakers every day, occupying leadership positions in both markets.

WHAT WILL ‘TELEVISAUNIVISION’ DO?

It will produce and deliver premium content for its own platforms and for others, while providing innovative solutions for advertisers and distributors globally.

“The closing of our transaction marks a historic moment for our company and our industry… We are combining two iconic and market-leading companies that have a great shared history and an incredible portfolio of assets.. This combination will create a business unlike any other on the global media scene. Over the past year, both companies have transformed, reaching levels of financial and audience performance not seen in years…. The new trajectory of our company is supported by our new group of partners, who are well positioned to amplify the effortss of one of the best teams of world-class leaders”, he explained in a statement Wade Davis, CEO of Televisa Univision.

It will launch its unified global streaming platform in 2022 that was previously announced, which will include a version with free subscription and another premium. The service will have the largest offer of original content in Spanish in the United States and Latin America, which It will include dramas, comedies, docuseries, game shows, reality shows, variety shows, movies, music and cultural events, children’s and educational programs, sports and special events, as well as news.

Leveraging Televisa’s extensive content library, along with new original Spanish-language content in development and a wide variety of collaborations with some of today’s most recognizable creators, this offering will be the first large-scale global streaming service developed specifically for the Spanish-speaking audience.

The transformation of TelevisaUnivision also included the development of a large amount of original content for the upcoming launch of the global streaming platform, the investment in new advertising products in both markets, the renewal of the programming strategy and the execution of new distribution alliances, as well as the launch of PrendeTV in the United States, which has served as a powerful pilot program for the upcoming streaming release.

The statement sent by the new company ensures that the result of these strategic efforts has meant that both companies have experienced growth in advertising revenues above those of the market.

WHO ARE THE FACES OF ‘TELEVISAUNIVISION’?

The two companies have strategically recruited a senior management team of world-class leaders for the global operation, combining great professionals from Televisa and Univision, in addition to incorporating top-level talent from leading media and technology companies. That is to say, recruited key people from Netflix, Disney PLUS and Amazon.

Grupo Televisa’s news operations in Mexico will become part of a new independent company dedicated to producing news for TelevisaUnivision’s channels in Mexico, and will be led by Emilio Azcárraga, Executive Chairman of the Board of Directors of Grupo Televisa.

WILL ‘TELEVISAUNIVISION’ ONLY MANAGE STREAMING CONTENT OR THAT OF THE CHAINS AS WELL?

All content becomes under the corporate brand TelevisaUnivision, including shows you watch every day, or reality shows. So this led us to ask the executives the following.

DO THE CHAINS LIKE UNIVISION, UNIMAS OR THE CHANNEL OF THE STARS DISAPPEAR?

The response was forceful from the executives of TelevisaUnivision: “NO”…. Although they will all be under the new company as a result of the merger, and everything that is produced and seen will go through it, each brand will retain its name and logos, then you can see the graph of how it will work.

WILL THE PRODUCTION ALL MOVE TO MEXICO?

We also asked this question to the executives of TelevisaUnivision, taking into account that the divisions they emphasized are those of Mexico. The answer was the following: “Content production will continue in both countries, all under the corporate brand TelevisaUnivision“.

That is Univision, despite what has been rumored, would continue to produce its shows in the United States, of course, under the supervision of the new merger.

Therefore, for everything we are telling you, and if it is respected as they are promising and assuring us, yes we are facing the biggest ‘monster’ of Spanish-speaking content in the worldor.

•Univision announced important changes in the chain: Jorge Ramos will have an executive position

• Changes in Univision due to merger with Televisa: Jessica Rodríguez, who was president of entertainment, leaves