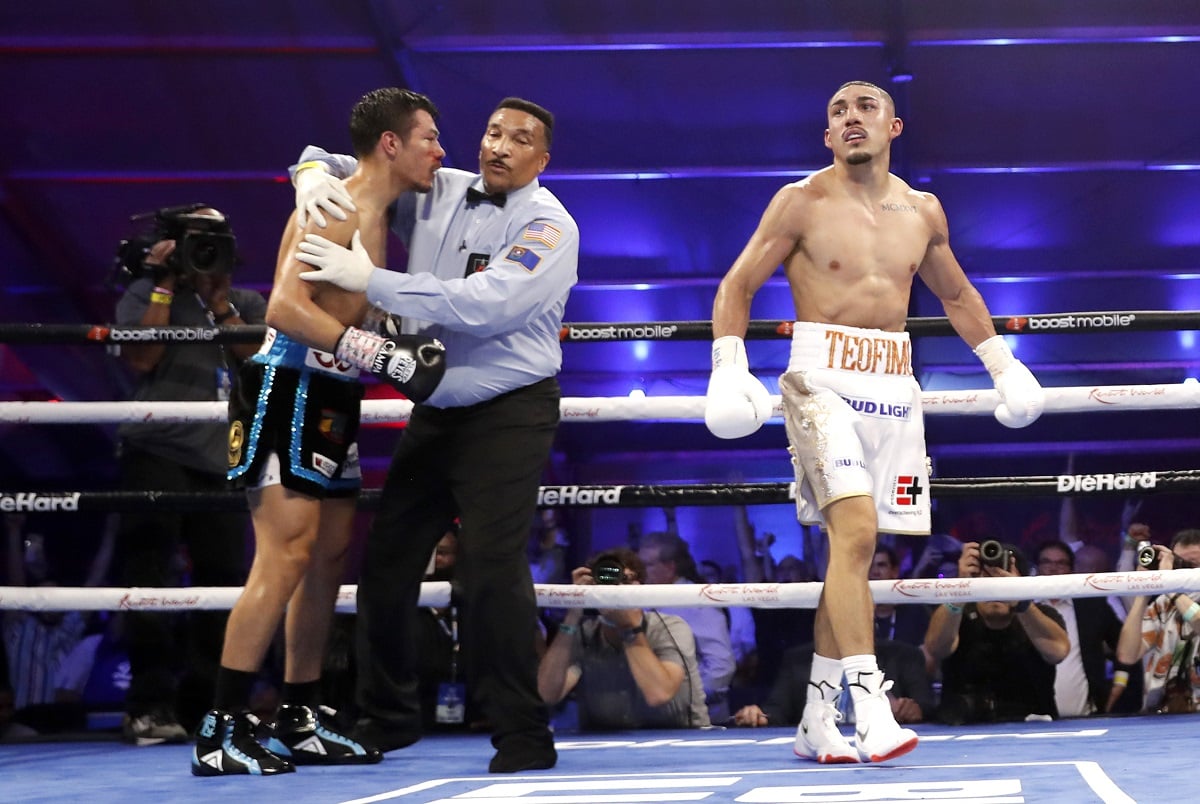 He wanted to show that he was ready to get back in the ring and make it clear to the whole world that he is coming back for what was taken from him. Teófimo López, a boxer of Honduran descent, defeated Mexican Pedro Campa with a technical knockout at the World Resorts in Las Vegas.

At the beginning of the fight, the Mexican worked it well without being forceful, López kept his distance and began to hit him with jabs. With that he was able to win the first three rounds and from the fourth onwards he began to throw bombs.

Takeover rudely punished his rival in his debut at 140 pounds and in the seventh round the referee decided to stop the fight because of how injured Campa looked, which could only be seen dominant in the fifth round. Early in that round he dropped him with a left hook and then kept up the explosiveness to please the crowd that was asking for the KO.

Teófimo López, 25 years old, had not fought since November 27, 2021 against George Kambosos Jr. who snatched his world champion belts.

Now the Brooklyn-born Honduran is willing to fight the welterweight elite, even Ryan Garcia if the opportunity arises. The champion of this division is Josh Taylor.

López’s balance as a professional boxer is 17 wins, 13 KOs and one loss.

You might also be interested in:
– Teófimo López goes straight ahead and challenges Ryan García to a duel: “He feels like Superman”
– Dmitry Bivol is obligated to fight “Zurdo” Ramírez, according to the WBA
– Julio César Chávez celebrates his greatest title: 13 years without consuming alcohol and drugs