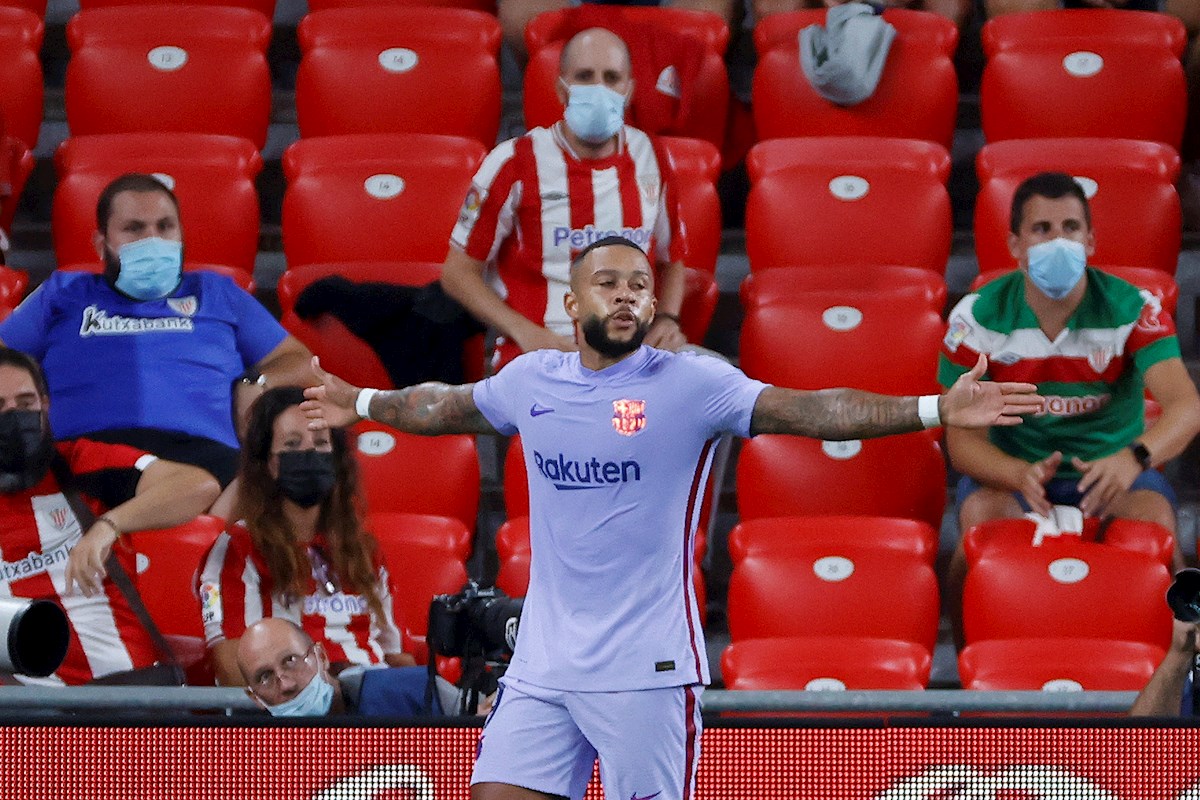 Second presentation of FC Barcelona in his first season without Lionel Messi and stumbled on the always difficult field of San Mamés. This time the Catalans equalized 1-1, against Athletic Club, thanks to the tie of Memphis Depay at minute 75.

The Dutchman, the Catalans’ new reinforcement for the offensive front, took a violent shot with his left leg to break goalkeeper Julen Aguirrezabala’s goal. Sergi Roberto was the one who enabled him after receiving a pass, after a recovery in the circle in the middle of the field.

It was Memphis’ first goal in two challenges played in the Spanish La Liga and contributed to a duel in which FC Barcelona was clearly outmatched. He even finished with 10 players after the expulsion of Eric García at 90 + 3 ‘, and will miss the duel on Sunday 29 against Getafe at the Camp Nou.

At 50 ‘, Iñigo Martínez had scored the first goal of the day after accurately heading a cross from the corner.

Five games were played this Saturday in the Spanish La Liga, on its second date, and four of them ended with draws.

Real Betis 1-1 Cádiz, Granada 1-1 Valencia, RCD Espanyol 0-0 Villarreal and Athletci Club 1-1 FC Barcelona. The only one who could win was Mallorca, who beat Deportivo Alavés 1-0 with both Fer Niño.