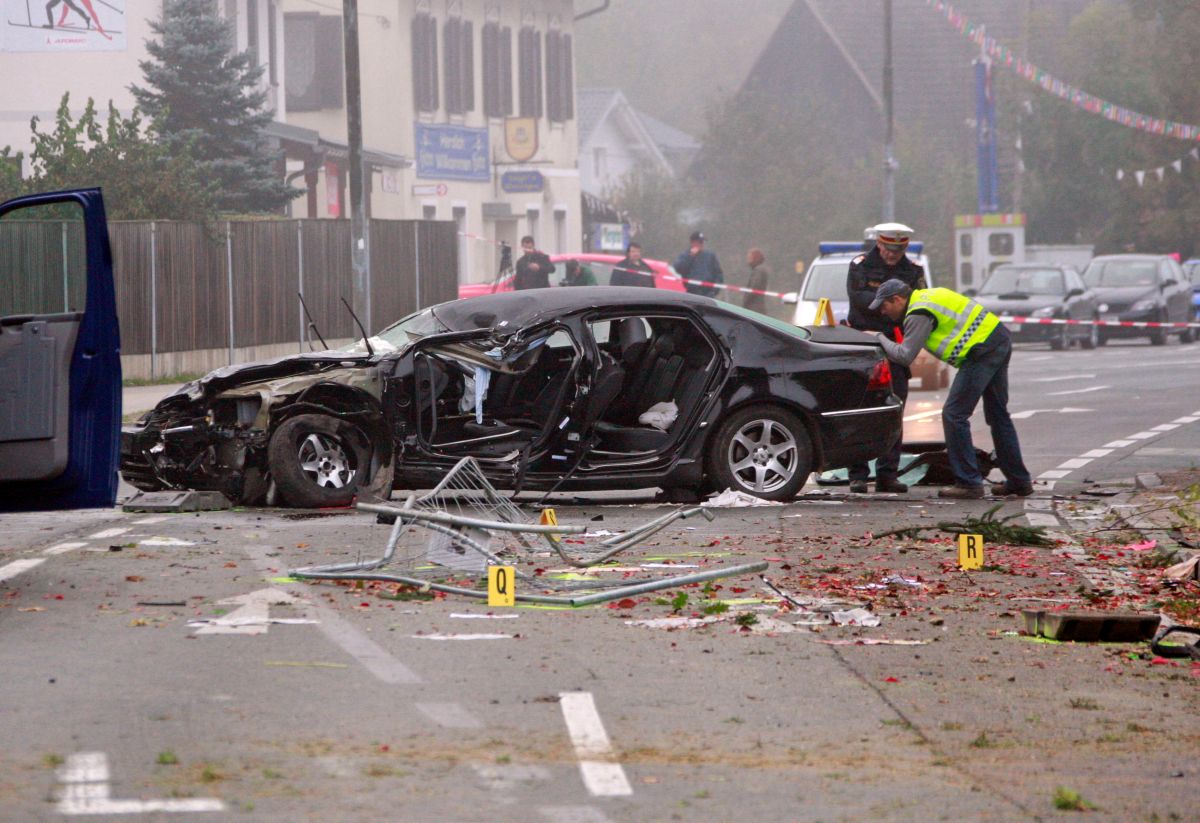 The CHP said the agency would recommend numerous charges against the woman driving the Mercedes who caused the accident – Photo: Gert Eggenberge/Getty Images.

At least six people were killed, including a pregnant woman, and eight were injured when a female driver in a Mercedes ran a red light and collided with other cars at an intersection in Windsor Hills, California.

Los Angeles County authorities say Asherey Ryan and her unborn baby were killed in the fatal crash. Including other people declared dead at the scene, according to the California Highway Patrol.

The traffic accident was reported around 1:40 p.m. Thursday at South La Brea and Slauson Avenues.

In a video, you can see how the Mercedes Benz vehicle was moving at high speed and, without braking, crashed into several cars at the intersection, rushing towards a gas station in a single flare.

Several people were thrown from vehicles, and two cars caught fire. In a video, you can see the charred and destroyed cars and a child’s seat among the rubble that spread across the road. One of the vehicles was split in half.

“It looked like the entire intersection from corner to corner was on fire,” witness Harper Washington said. “Lots of sparks and electricity. I had the impression that, at first, I thought a bomb had been dropped on us. I thought another world war had started. Then I realized that a car had hit the sign.”

For her part, Veronica Esquival, who was pumping gasoline a few feet away from the accident, said she covered her head as debris flew.

“All of a sudden, a baby literally flew from the middle of the intersection to the middle of the gas station and landed right on the floor in front of me,” Esquival said. “One of the workers came and saw me with the baby and took it from my hands. Someone tried to resuscitate the baby, but the baby was gone.”

Eight injured were taken to a medical care center, including the 40-year-old driver of the Mercedes, waiting for her to survive her injuries.

The other victims had minor injuries and included a 33-year-old woman and six children between 13 months and 15 years, CHP Officer Franco Pepi said.

“The reasons for the high speed are simply unknown at this time. Everyone should drive with due consideration because many crashes happen, and this is just at the top of the list of how bad they can get,” Pepi said.

Highway Patrol officials said the agency would recommend numerous charges against the woman driving the Mercedes when the case is filed with the Los Angeles County district attorney’s office.