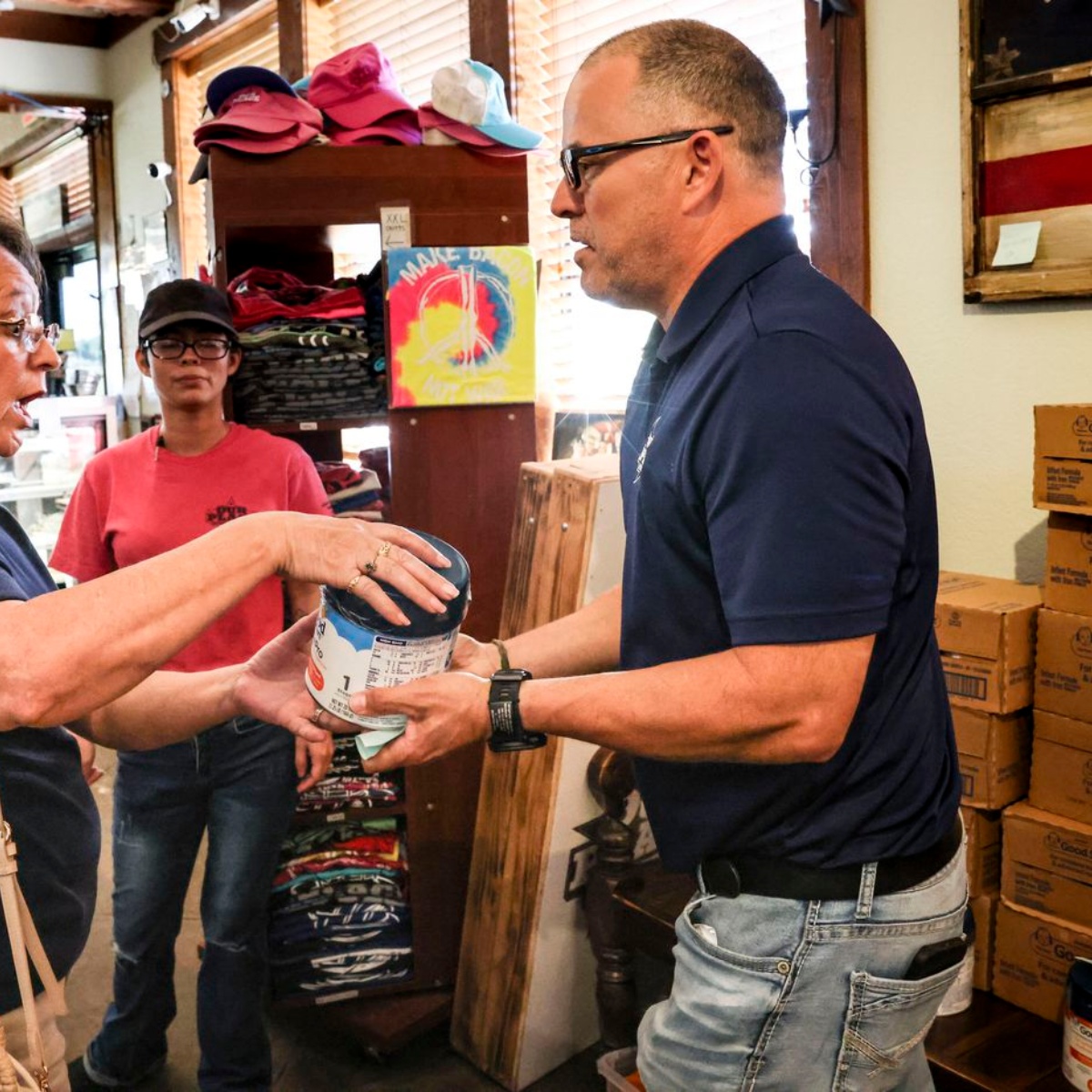 A Texas restaurant owner has given away cans of baby formula as parents struggle to find baby food in stores.

“The first lady who came in was so happy to have a can that she just couldn’t carry it. And that had a spiraling effect. She just couldn’t see me carrying anyone. I’m just trying to help feed some.” babies,” Our Place restaurant owner Benji Arslanovski told “Fox & Friends.”

Our Place is located in Mansfield, Texas, just outside of Dallas. Arslanovski purchased baby formula through a supplier he works with for his restaurant. He gave out “over 300 cans” and Texas Health of Mansfield offered another 105 cans for donation.

“If you have a baby and you need it, take a can,” he told host Steve Doocy.

Arslanovski said many mothers and fathers are scared and don’t know how they will feed their babies.

“They go into the stores, there are empty shelves. So if we can give them another avenue to hold them until the supplies come, we feel good about it.”

Arslanovski’s efforts come amid President Biden’s invocation of the Defense Production Act to address baby formula shortages across the country.

The commander-in-chief directed his administration to use Defense Department aircraft to pick up formula from abroad that meets US health and safety standards.

The announcement comes as the supply of infant formula across the country is down 40% since April, leaving parents of newborns desperate to find food to feed their babies. Additionally, Abbott Laboratories announced a recall of Similac that has exacerbated formula shortages in recent months.