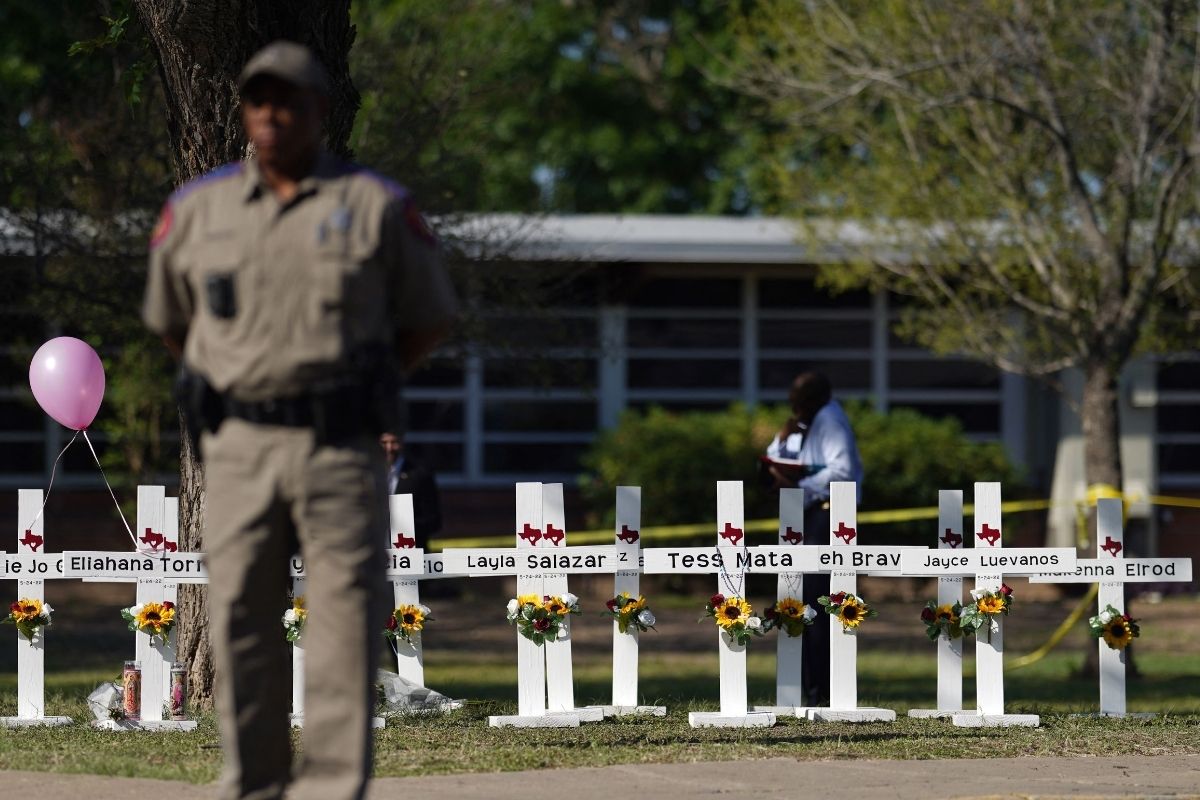 Salvador Ramos, the 18-year-old who entered Robb Elementary School in Uvalde, Texas, and murdered 19 children and two teachers, came out of a classroom closet where he had barricaded himself and began firing at border agents who entered the building to detain him, a Customs and Border Protection (CBP) official told The Washington Post.

The man, who preferred to remain anonymous, said that an off-duty Border Patrol agent arrived at the classroom around 12:15 p.m.

According to Univision, local police and other officers were in the hallway and told her that the attacker was barricaded inside the classroomwhich an official at the scene described as “quiet.”

The official who spoke to the Post said he was told by officers present at the scene that “it was hard to know who was in charge.” The man comments that he saw bullet holes in the door of the room, and the local police told him that they had been caused by Ramos, in his attempt to shoot them.

Subsequently, a border agent, whose daughter was a student at that school, planned an operation to break into the classroom, supported by elements of the Border Patrol Tactical Unit who arrived at the scene about 15 minutes later.

“It wasn’t a great team,” the official said. “It was one agent from here, two from there and they just converged.”

While at that point they were trying to enter the classroom to go after the attacker, the rest of the classrooms were evacuated by other border patrol agentspolice and security personnel.

The anonymous agent commented that did not hear shots in the classroom, while the officers asked for the key to enter it, and once they were given it and they were able to open it, the assailant came out of a closet shooting at them and the agents returned fire, shooting him down on the spot.

Also, he said that in the living room they could find the children crowded around the room, huddled together, some still alive, but many already deceased.

On Friday, the head of Texas Security admitted that Not having slammed down the classroom door had been a “mistake.”

Salvador Ramos spent 78 minutes at the school, in which he murdered 19 children and two teachers, despite the fact that the minors repeatedly called 911 for help.