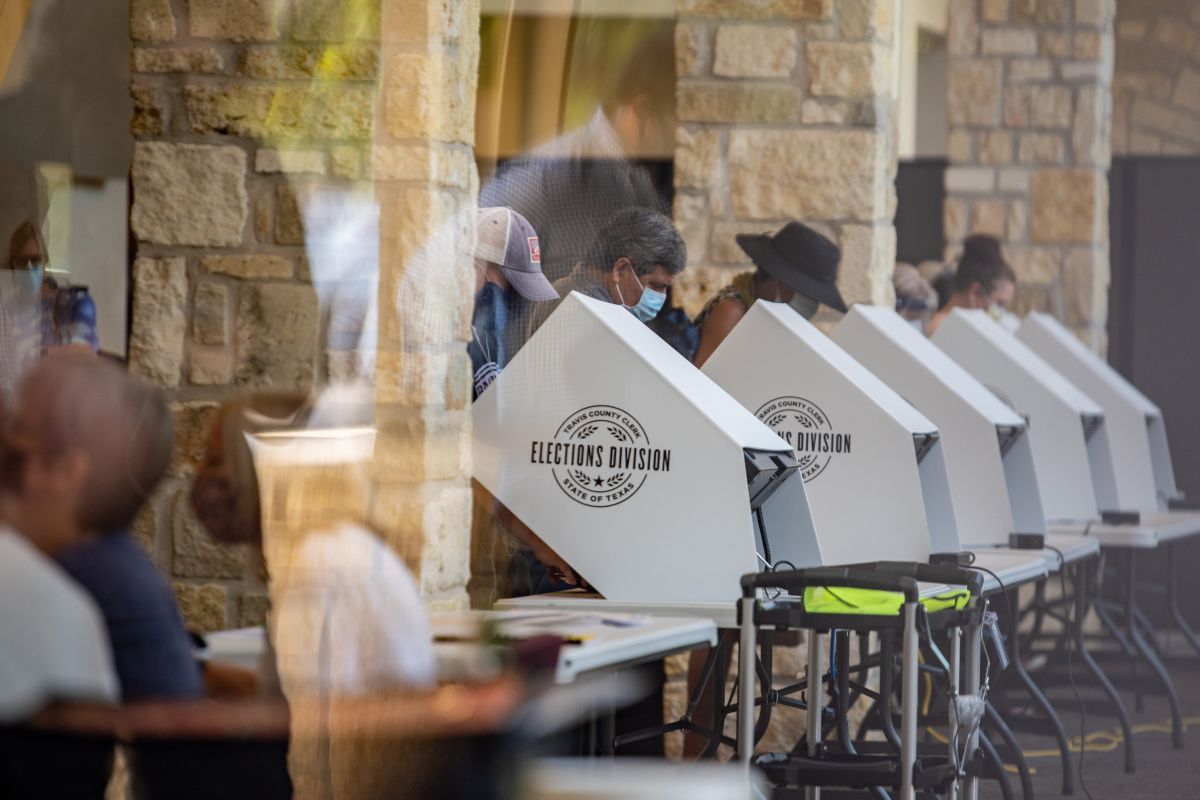 The Texas State Senate approved Thursday a voting bill that imposes radical changes in the way the state conducts elections, after a 15-hour obstructionism by a legislator who argued that the measure amounts to the suppression of voters.

Texas‘ new ballot bill is nearly identical to the one passed by the Senate in July. If enacted into law, it would add restrictions on voting by mail, eliminate early voting options, add criminal penalties for violations of the voting law, and allow partisan election observers to participate in elections.

The measure now heads to the state House of Representatives, which remains paralyzed by the refusal of Democrats to attend the legislative session and vote for a bill that restricts voting rights in Texas.

The vote marks another step in an extraordinary battle between Democrats and Republicans in Texas over electoral reform, which caused dozens of progressive lawmakers to flee the state in July to block the passage of that controversial measure.

To try to prevent the state upper house from taking the bill forward, Democratic Senator Carol Alvarado resorted to a maneuver known as “filibuster”, which consists of speaking for hours in the plenary session of a chamber to prevent the matter being debated from going to a vote.

Alvarado began speaking on Wednesday afternoon and did not stop until 9 a.m. Thursday, when the Republican majority in the House proceeded to push the vote on the bill, which went ahead by 18 votes to 11.

“The suppression of the vote anywhere is a threat to democracy everywhere,” denounced an exhausted Alvarado at the end of her speech.

During the entire time he spoke in the full Senate, Alvarado had to stand, unable to sit, lean on his table, eat, go to the bathroom or focus his speech on issues that were not related to the bill, according to the rules governing “filibustering” in Texas.

The senator acknowledged that she would not be able to prevent the legislation from being voted on, but He hoped that his effort would help “shed light” on the risk of passing measures that “make it more difficult to vote.”

His feat in the Senate came a day after the Speaker of the Texas Lower House, Republican Dade Phelan, signed arrest warrants for 52 Democratic legislators who have avoided going to the plenary session to avoid the approval of another similar bill.

The fact that the state Senate has already approved a bill on the subject Increases pressure on Republicans in the Lower House to get Democrats back and able to vote a similar measure, with the aim that it becomes law.

Democrats in the state lower house have avoided going to the last sessions so that there was not the necessary quorum to process that bill, which requires that at least 100 legislators be present.

About 50 Democrats fled to Washington in July to hinder the bill’s passage, and it’s unclear how many of them have since returned to Texas. If they were arrested, they would not be jailed, but they would be forced to return to the Legislature.

The bill approved by the state Senate, known as “SB1”, intends to prohibit voting at the windows from the vehicle itself, a modality used mostly by non-white voters during the pandemic.

What’s more, seeks to complicate voting by mail and eliminate access to the polls at night, something that can harm counties where “one in three black Texans and one in three Latinos live,” Alvarado denounced.

During the pandemic, many US states relaxed requirements to vote by mail or early, sparking a record turnout and fueling former President Donald Trump‘s unproven conspiracy theories of alleged massive fraud at the polls. .

Since then, Republicans have introduced more than 200 bills in about 40 states to restrict access to the vote.

With information from agencies