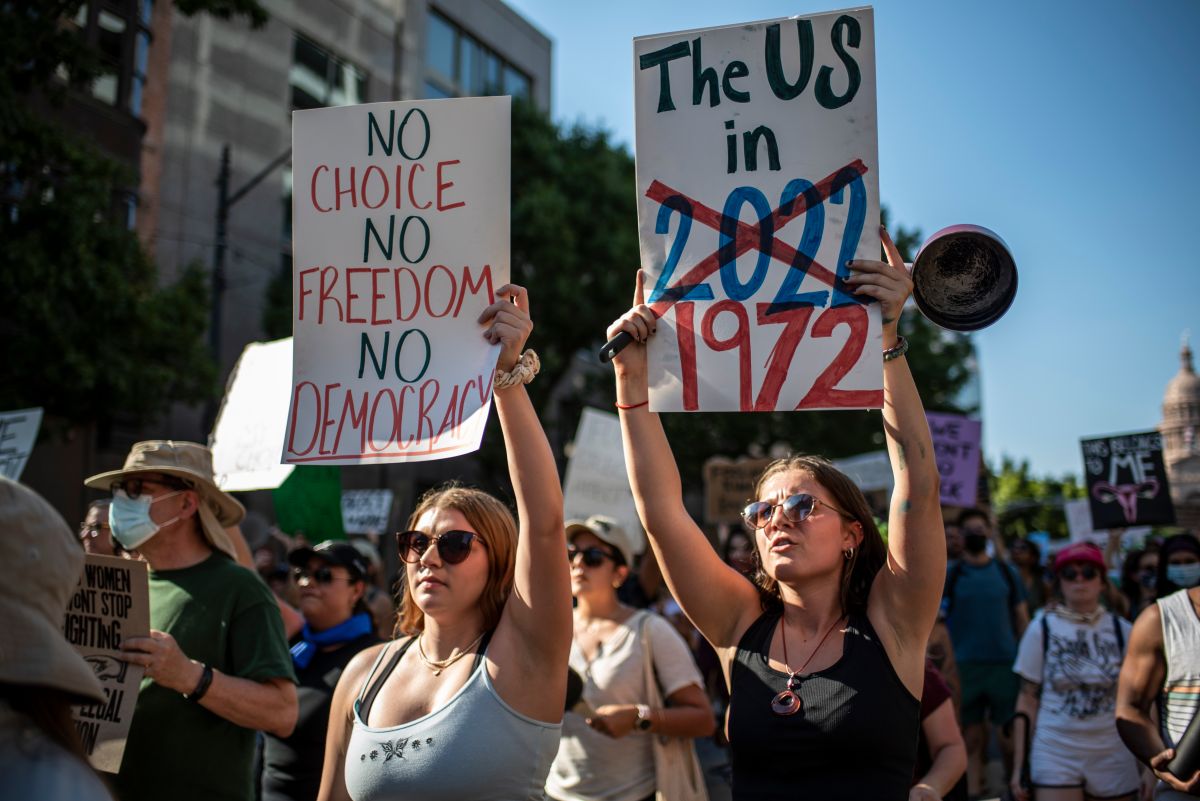 The Texas Supreme Court on Friday night blocked a lower court’s order allowing clinics to continue providing abortions., after a few days that some doctors resumed patient care after the annulment of Roe vs. Wade.

It has not been made clear whether the clinics that had restarted care this week would suspend their services immediately. It is expected that by the end of this month of July there will be a hearing on the matter.

The scourge of Texas clinics that turned patients away, gave them appointments for another day, and now have a probable cancellation, occurs in a week, revealing the confusion that is being generated across the United States since the Roe vs. . Wade.

An order from a Houston judge earlier this week ensured that some care centers could temporarily reinstate pregnancy terminations up to six weeks gestation. Following this, the attorney general of Texas, Ken Paxton, asked the supreme court of the entity, which has nine conservative judges, to temporarily suspend this measure.

“These laws are confusing, unnecessary, and cruel,” Center for Reproductive Rights attorney Marc Hearron said after the order was issued Friday night.

Health care facilities in Texas had stopped performing abortions in the state after the United States Supreme Court overturned the June 24 Roe v. Wade, ending the constitutional right to abortion.

Abortion clinic providers and patients across the country have been struggling to navigate the legal landscape, the evolution around laws and access to termination of pregnancies.

One of the laws was signed precisely by the governor of Texas, Greg Abbott, which prevented abortions after six weeks of gestation. The legislation is known as the “heartbeat law”, thus prohibiting abortions once a heartbeat is detected in the fetus.

Legal fights over pregnancy termination have erupted in other states in the past week, as state and local governments grapple in one country following the overturning of Roe vs. Wade.