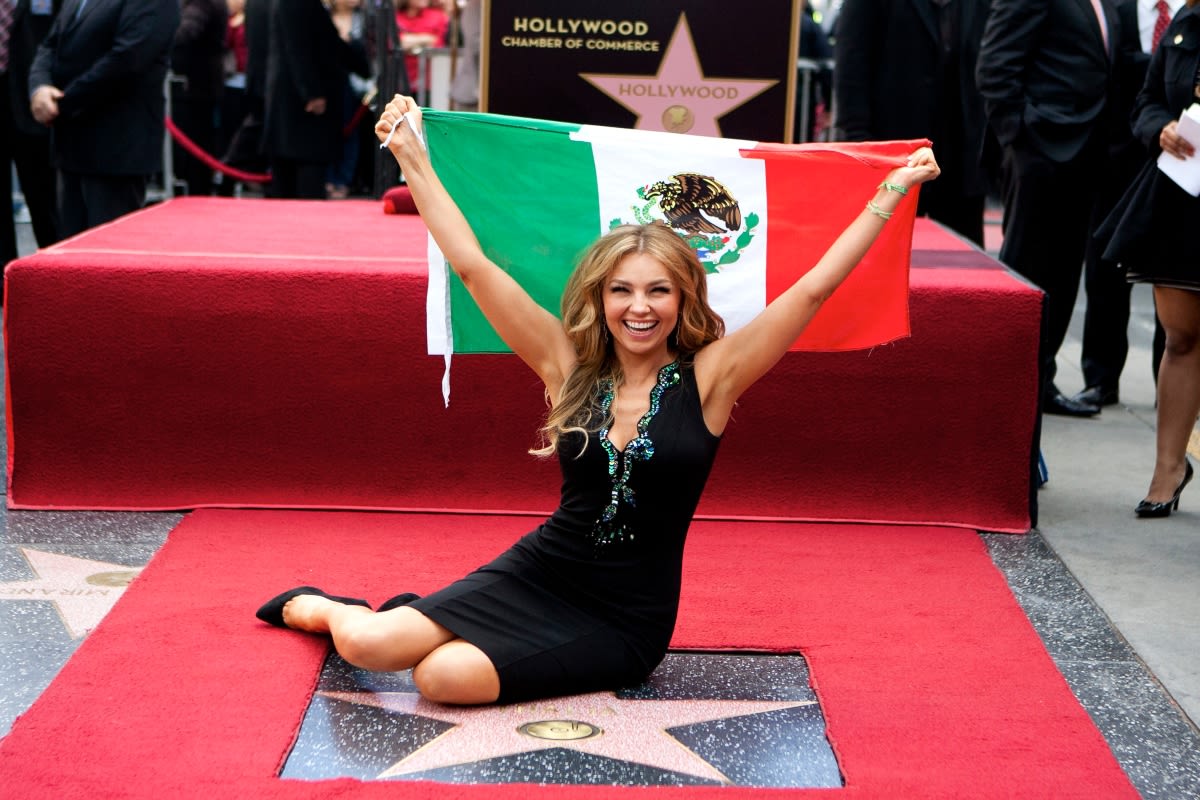 What should have been expressions of support after her house in New York was flooded, due to the heavy rains that caused a state of emergency, became a ‘rain’ of criticism for the Mexican singer and actress Thalía for speaking on English.

Through her Instagram stories, which were taken over by different media, the Arrasando interpreter shared how her house was after a torrential rain affected this city of the American Union.

“My house, my home, what the f …”, now expresses the singer and actress, who can not hide her surprise when she saw that the water entered the room where she has some equipment to exercise: “Neta, no, do you know that? sound of ‘no, no, no, no, no? ”.

“I swear it makes me laugh”

With her peculiar sense of humor, Thalía took things calmly despite the fact that her house was flooded due to the heavy rains that fell in New York and confessed that this situation made her laugh: “It makes me laugh at the ‘fuc … in ‘anguish’.

Before continuing on her journey, Thalía picks up a computer charger from the ground and jokes that she had received an electric shock. You then tell your child, again in English, to go up to his room and to be careful.

Now, he releases several curses and notices that the damage is considerable, including a green carpet: “What the heck… is going on? What is happening in my house? No, no, no, this is going to explode. No, please, electricity, lights, everything, “said the Mexican singer and actress.

Between laughs and mentions, Thalía continued to visit that part of her house just at the moment when she yelled: “It’s the fountain of youth, no mom… No pin… mom… my house. Instead of crying, fly, ”said the artist, who rose to fame in the 1980s with the group Timbiriche.

Shocked by what she had just seen, the wife of Tommy Mottola, who just a few days ago turned 50 years old, said that all this had been very intense and that the night would be the same: “God is in control, he knows what to do. what, lazy and cooperating ”.

If the Mexican singer and actress is loved and admired for something, it is because of the way she sees life, and despite the seriousness of the situation, she told herself that she had to embrace the problem, not fight it, and that God knows the why of all this.

To end with this video, which brought a ‘rain’ of criticism to Thalía for speaking in English, it can be seen that the water is about to reach the first step: “My whole set, my ‘green screen’, is floating, ”commented Tommy Mottola’s wife.

And, as she mentioned that there was nothing to do at the moment but more to wait, the artist joked that this situation reminded her of the movie Titanic, starring Leonardo DiCaprio and Kate Winslet. To close with a flourish, he spoke again in English (TO WATCH THE VIDEO CLICK HERE).

It didn’t take long for Internet users to react to this video in which Thalía shows how her house was flooded after the heavy rains that fell in New York: “María la del Barrio, no fuc… in ‘mam…”, “It doesn’t matter, important, serious and sad are all the people in New Orleans who were left with nothing and have no way to make up for it, Thalía can buy another house ”.

“Let him learn English first and then speak it, please”, “Ridiculous”, “She is going to ask her husband to buy her a penthouse”, “Oh, Thalía, what a ridiculous mouth you have,” “Help, help! !! Thalía has a problem, help her… she cares so much that she starts recording ”,“ Have you already forgotten where you come from or you no longer speak Spanish? ”.

Thalía turns 50 and ‘no-account’ of the negative

The Mexican singer and actress Thalía arrived on August 26 to her 50 years of life looking radiant, with a good attitude and with a favorite word for this celebration: “No-account”, without counting the negative things and adding the positive that the life teaches you.

“Happy birthday to me! 50. And so I live my life, ‘without-account’ of those bad experiences, but rather learning from them. Without an account of the people who hurt me, but hoarding, “he commented on his official Instagram account.

“Your life is reset to live it”

“Without taking into account the social or economic value of the people, but rather the feeling of peace, joy and affection that I feel when being with them. Without-account of age or weight (…) Without-account that fifty goes with ‘C’, but the truth is that your life is reset to live it ”,

The famous wrote the above at the bottom of a series of images that she shared on her official Instagram account, where she wears a colorful swimsuit under the rays of the sun. The also model and businesswoman has known how to stay current, renew herself, update herself to new trends and always be present for her audience.

“Thank you to my family and friends for your love and company. And to my dear FANS (family, friends, children, dreamers) thank you so much. To celebrate in style. Happy birthday, T girl! ”, It also reads in its publication. The artist, who lives happily in her marriage to businessman Tommy Mottola, released her latest album in May entitled desAMORfosis,

Thalía, who would obtain worldwide recognition with the telenovelas María Mercedes, Marimar and María la del Barrio, would not imagine what would happen days after her birthday when she saw her house flooded due to the heavy rains that fell in New York (With information from the Agency Reform).