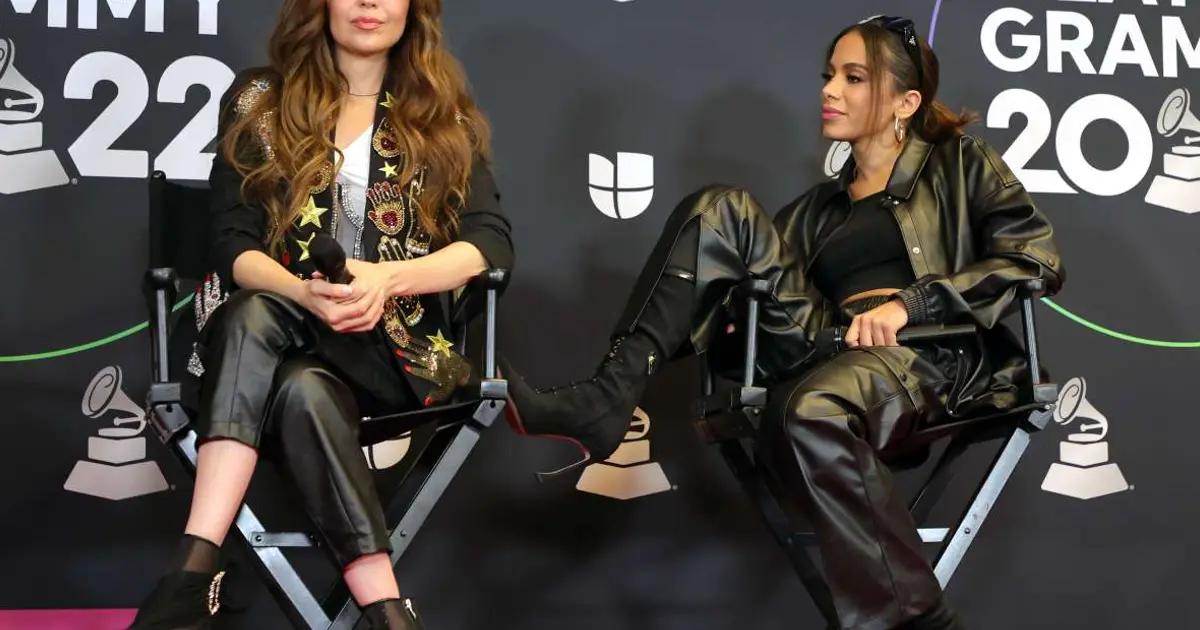 Several artists have been in Las Vegas for days, preparing for the most important Latin music awards broadcast by Univision, the Latin Grammys 2022. Such is the case of Anitta and Thalia, who have also shown to be having a great time. This was despite the kick that the Mexican girl unintentionally kicked the Brazilian girl in the face.

Through her Instagram profile, Thalia posted a funny video sharing with the singer of “Envolver,” drawing attention not only for their meeting but also for the kick that the Mexican singer unintentionally gave Anitta in the face directly to her nose.

“Oops, when two Psycho Bitches get together, anything can happen!!!! Anitta, forgive me,” wrote Thalia next to the audiovisual material where they also appear in the company of Luis Fonsi and Laura Pausini, artists with whom they will share the animation of the Latin Grammy 2022.

Anitta said she would go straight to a second nose job in her Instagram stories as a joke.

For their part, each of the presenters has expressed their excitement at being asked to host the big event: “Happy to be alive and grateful for the opportunity. Happy to be here, alive, joyful, celebrating #latingrammy music,” said Thalía who in 2019 received the Latin Recording Academy’s President’s Award.

While five-time Latin Grammy winner and Adamari Lopez’s ex, Luis Fonsi, commented: “My people, what an honor to be one of the hosts of the 23rd Annual @LatinGRAMMYs. I will be in great company alongside my friends @LauraPausini, @thalia, and @Anitta celebrating Latin music.”

Italian singer-songwriter Laura Pausini, holder of four Latin Grammys, also used social media to broadcast her message: “It is an honor to present the #LatinGRAMMYs. I look forward to seeing you on November 17 from Las Vegas!”

And Anitta, after winning MTV EMA’s Best Latin Artist award, and receiving nominations in two categories at the Latin Grammy Awards, Record of the Year and Best Reggaeton Performance, said, “Yes, I am one of the hosts of the @LatinGRAMMYs. very grateful #LatinGrammy!”.

While it is true, the Latin Grammy celebration is not only aimed at recognizing great music stars but also at reuniting artists, allowing for collaborations and more. So we are all waiting for the ceremony to be held this November 17.