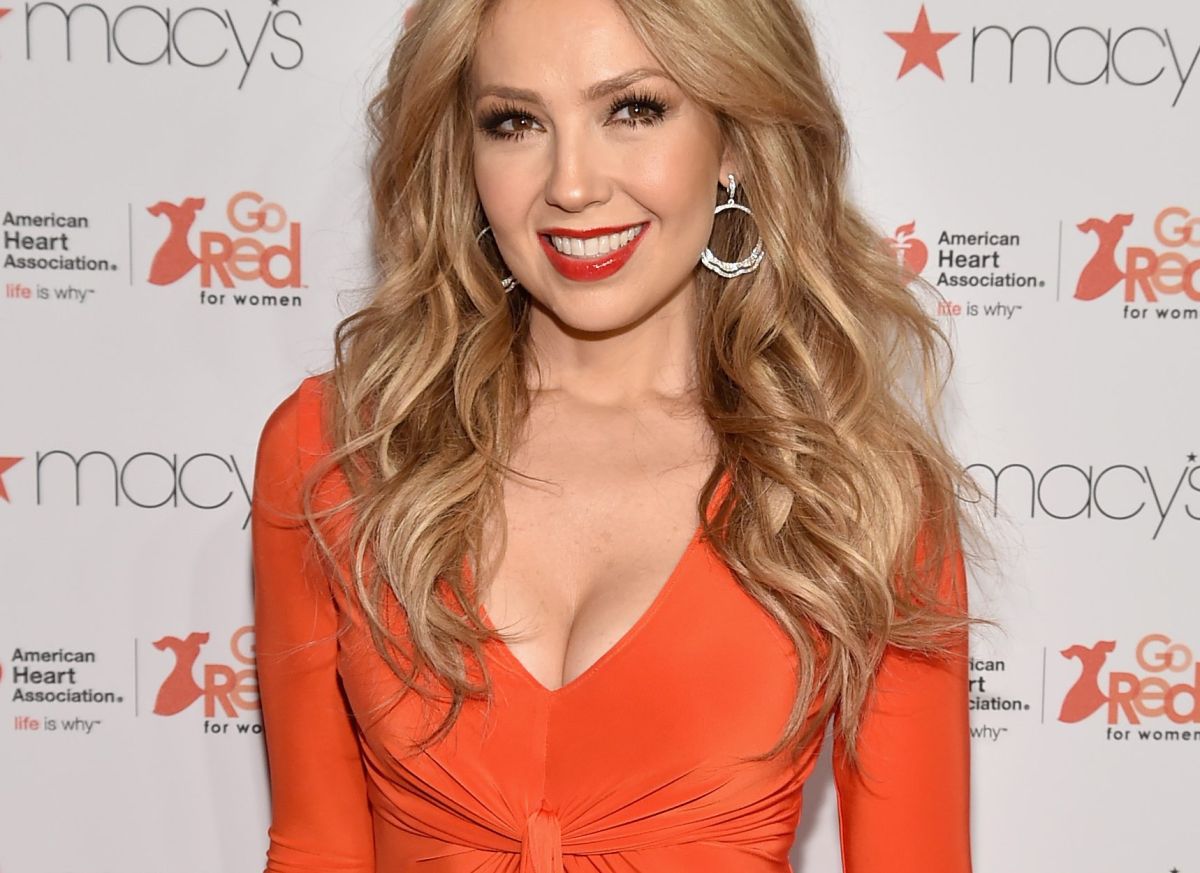 Mexican singer and actress Thalia She is 50 years old and her beauty and energy never cease to impress. This time he raised his leg and brought him very close to his face leaving all the jaws on the floor to demonstrate and show off on Instagram, of course, the flexibility you have at 50.

Dressed very colorful and flowery, Thalia lifted her leg up to her head. and it seems unusual that she continues with the same energy and flexibility of a 20-year-old girl, since she is already 50 years old. Of course, he doesn’t even notice. All this to announce in Instagramthe growth of its brand of accessories, clothing, footwear and household products Shop Thalia Sodi.

Weeks ago, Thalia moved her fans by showing off her little animals, among which she has everything: goats, sheep, horses, ponies, etc. Her famous one assures that they are her emotional support and that they have always helped her in times of crisis and anxiety. Of course, very much in the style of Thalia and Tommy Motolathey live in a large spectacular that the couple has.

Thalia She is a woman committed to just causes in the world. She recently asked for help in social networks and support for Ukrainians in the situation with Russia. However, the famous she ended up being criticized for the appearance of her face. She later posted a photo where she looked good. Surely it was the product of some filter or effect that the singer used.

Now he has joined the massacre that occurred in Texas at an elementary school where an 18-year-old boy of Hispanic origin entered the school shooting. Until the time of closing this note, the incident would have claimed the lives of 19 students and three teachers. The investigations are still ongoing and many celebrities, such as ThaliaThey have spoken.

“As I write these lines I cry from the helplessness and pain that this devastating situation causes me. No family should have to go through these unspeakable tragedies! This must stop NOW! My deepest condolences to the families and friends of the victims and injured. My prayers for you It is indescribable what I feel, it hurts me, it anguishes me, it depresses me, it terrifies me! This country has to wake up NOW!” he wrote. Thalia on his Instagram account speaking about it. We leave here below one of the most heartfelt songs of the singer on YouTube.

Keep reading:
Lili Estefan “eats” Thalía’s rib
Lili Estefan and Thalía go out by boat for an extreme adventure on the beaches of Miami
Paulina Rubio sees no problem singing with Thalía, but “they don’t let her, she loses it”
Chiquis Rivera struts in a gold latex dress and “Baila Así” with Becky G and Thalía
Thalía’s grandmother ends up in the hospital and Laura Zapata asks for help on social networks