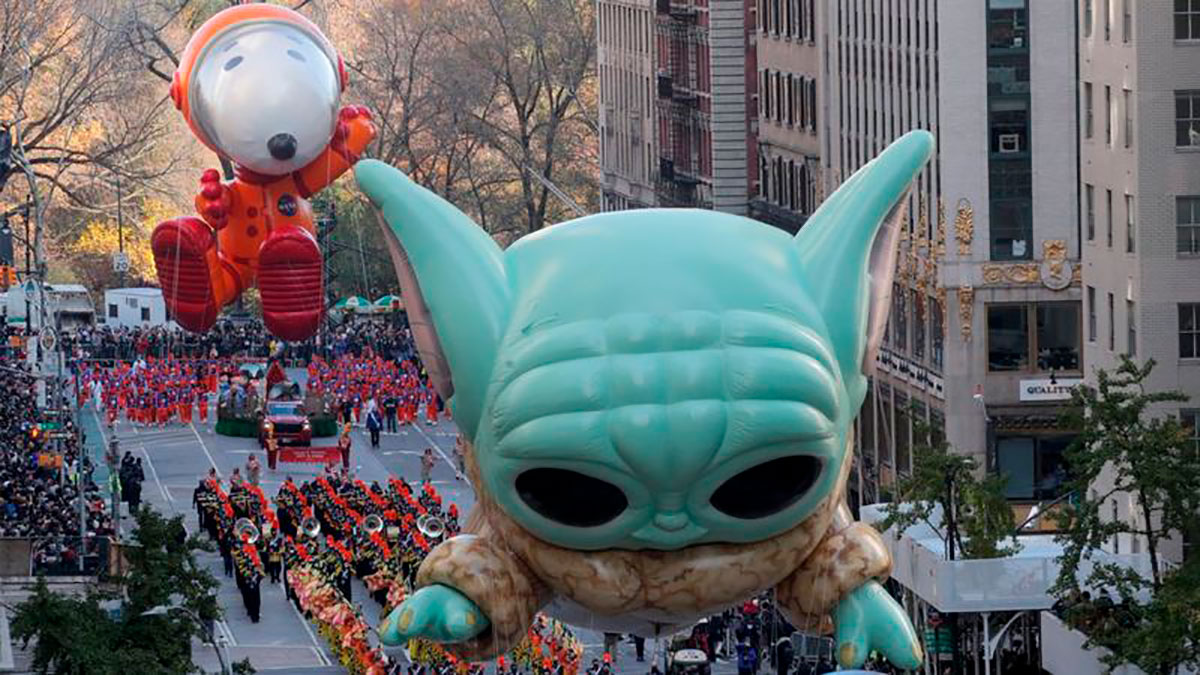 A colorful cast of characters returned to the streets and skies of New York this Thursday to delight the thousands of people who came to enjoy the traditional parade organized by the Macy’s chain of stores for Thanksgiving Day.

Baby Yoda, Snoopy and Papto Smurf They stood out from the huge balloons seen flying over the crowded avenues of Manhattan, while marching bands, artists and, of course, a turkey, kept the crowd entertained at street level.

The contrast was great compared to last year, when the fear of the spread of the covid-19 pandemic caused the public to attend the popular event that in this edition was prohibited. turned 95 years old.

Snoopy’s balloon, a regular fixture since 1968 and which this year was presented as a 14-meter astronaut, returned to the parade to the delight of the attendees.

Baby Yoda, who achieved a large number of fans thanks to the series The Mandalorian, It was a novelty this 2021. It was not the only one to be released: the Pokémon characters Pikachu and Eevee also debuted as a couple.

The ride took place for 4 kilometers through Manhattan and featured the parade of more than 8,000 people.

Among the people who marched were members of the cast of Broadway shows such as Wicked, Six and Waitress.

The renowned dance company The Rockeetes, a regular at the parties, was also present.

This year, the artists had to be vaccinated and wear a mask, although there were some exceptions for those who had to sing and perform.

“This year the parade is back at full throttle,” said New York Mayor Bill de Blasio before starting the event.

“It will be a great sign of our rebirth“.